This jumbo, 26-pound cat became a star after an animal shelter said he needed a home 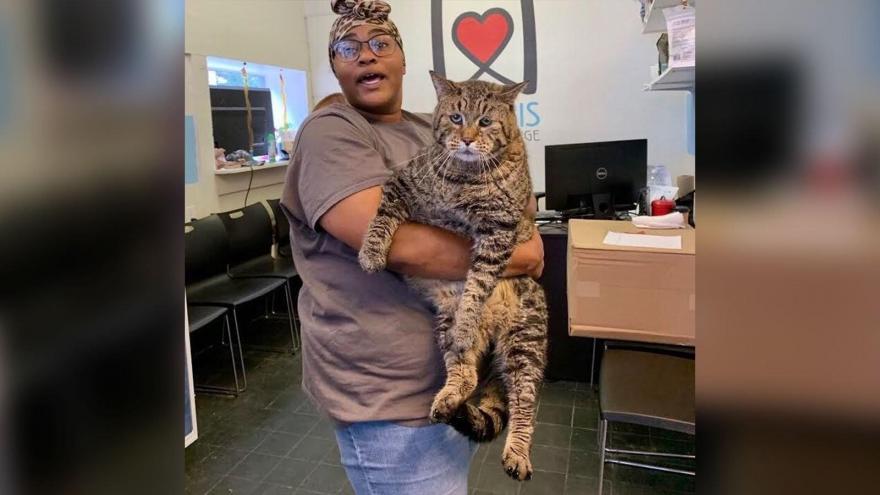 A 2-year-old, 26-pound tabby named BeeJay went viral after Philadelphia's Morris Animal Refuge shared photos of the hefty kitty in a bid to get him adopted.

A 2-year-old, 26-pound tabby named BeeJay went viral after Philadelphia's Morris Animal Refuge shared photos of the hefty kitty in a bid to get him adopted.

"OMG, big boi Mr. B is a CHONK. He's a chonk of a chonk. He redefines the term," the shelter wrote in an apt description.

It's not his fault he's so large, the shelter said. Mr. B is "genuinely big boned," but with a face as lovable as his, it's likely he's been fed a few too many treats.

The Philadelphia Police Department even offered him a spot on the force on the off-chance he's not adopted.

"Um, if he doesn't get adopted (highly unlikely) he's welcome to join our K9 Unit as its first Feline (he IS a cat, right?!) member," the department tweeted.

Lucky for Mr. B, it doesn't look like he'll have to trade in lounging and chowing down for a full-time job just yet.

The shelter said interest in adopting the fluffy behemoth has been "overwhelming" since the photo was shared Thursday. Now, he just needs to complete a thorough checkup with his vet before he can officially meet the lucky new family.