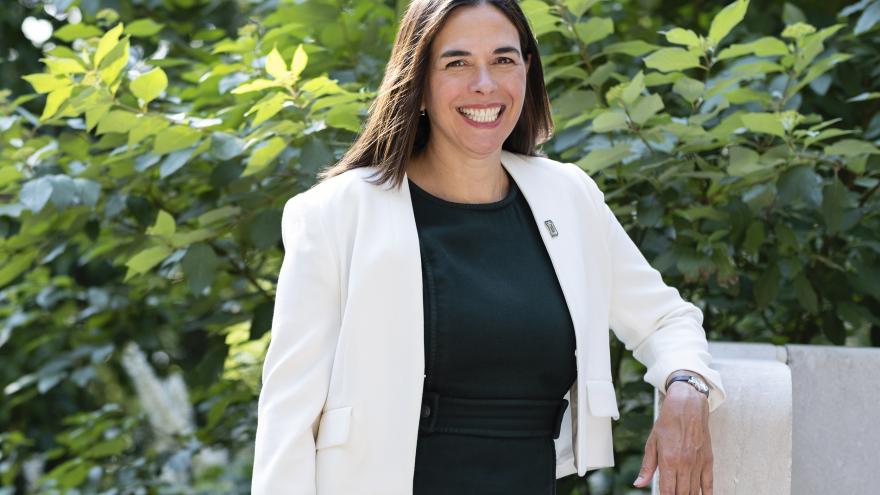 (CNN) -- Dartmouth College, one of the oldest and most prestigious universitiesin the United States, is set to welcome its first-ever female president: SianLeah Beilock, the current president of Barnard College.

Beilock will serve as the Ivy League school's 19th president, and the first female president in its more than 250-year history, according to a press release published by Dartmouth last week. She takes the office July 1, 2023, and will succeed Philip J. Hanlon, who announced in January he would step down next year.

"It is, of course, an immense honor to join one of the nation's most storied institutions of higher education," said Beilock in a July 21 letter to the Dartmouth community. "....Itis clear to me that Dartmouth's tight-knit learning community, together with world-class research and scholarship, is an enormously powerful vehicle for the creation of outstanding ideas with real impact."

Beilockwas appointed to serve as president of Barnard College, a women's college affiliated with Columbia University in New York, in 2017. Previously, she spent 12 years in administrative roles at the University of Chicago. Outside of her work as an administrator, Beilock is a cognitive scientist specializing in the psychology of "choking under pressure" and performing in high-stress situations.

In the school's statement, the chair of Dartmouth's board of trustees, Elizabeth Cahill Lempres, called Beilock "a leader with the aspirational vision to build our research enterprise, further our tradition of excellence in undergraduate education, and expand our global impact."

"Sian's election in this, our 50th year of coeducation at Dartmouth, was enthusiastic and unanimous," Lempres said.

Dartmouth, founded in 1769, began admitting women in 1972. The New Hampshire university enrolled 4,556 undergraduate students in 2021, according to its website.