'This is my year:' 75-year-old woman graduates college after 57 year gap 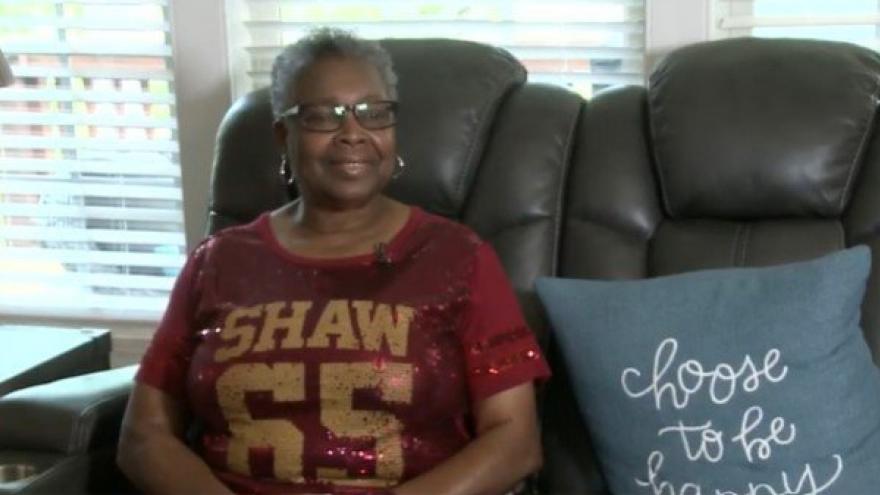 RALEIGH, North Carolina (WRAL) -- A 75-year-old woman and her family are eagerly preparing for commencement ceremonies on May 8 at Shaw University – a graduation that has taken Rebecca Inge on a 57-year journey.

Recently, Inge walked into the bookstore at Shaw and found a rare item to wear leading up to the event: A special sequined shirt with the Shaw name and a big "65" under it.

She has her old student ID to prove it.

"The (store) manager was excited. I said, 'This was my year. It’s the year I first came to Shaw,'" said Inge.

That’s when Inge boarded a train leaving her home in Sanford, Florida, to pursue a college degree at Shaw. Inge worked in the college’s cafeteria to help pay for her education.

She had big goals.

"I always dreamed of going to med school because I was sick a lot as a child. I dreamed of being a surgeon," said Inge.

After marriage and the birth of her daughter, Inge put her plans for a degree at Shaw on hold. Inge’s daughter, Marisa Ratliff Dunston, said her mom made great sacrifices for her family.

Dunston is now retired from a long career serving in the U.S. military, having been stationed in places like Germany and Japan.

When Inge’s husband passed away in 2015, she often stayed with her daughter in those foreign countries. Then she decided to return to the Shaw campus to finish what she started by re-enrolling.

Inge remembers the reaction at the enrollment office.

The records were found; however, many things about a Shaw education had changed since the 1960’s – for instance, computers and e-mail.

Dunston said, "There were still some things that she had trouble grasping so I was there to help her."

In her daughter’s home, sitting on the living room couch, Inge’s arm rested on a pillow that echoed her own philosophy of life: Choose to be happy!

She said, "You gotta live 'til you die, so why not be happy doing something that makes you happy and get involved?"

In between her first and second efforts to earn a degree at Shaw, Inge’s jobs included working for NASA during the first space shuttle mission as well as working at Disney World as a safety instructor.