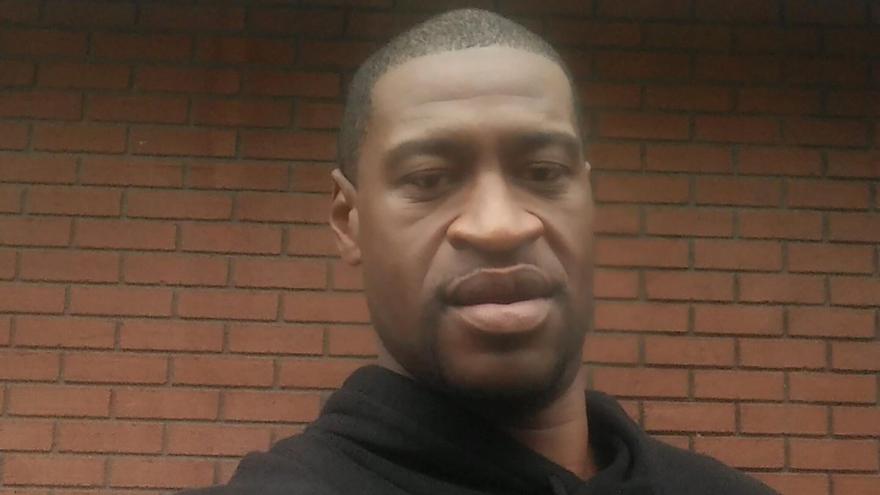 Members of George Floyd's family on Saturday praised the indictment of four former Minneapolis police officers in connection with the death of George Floyd.

(CNN) -- Members of George Floyd's family on Saturday praised the news that four former Minneapolis police officers will face federal charges in connection to his death, saying they were "very grateful."

Floyd's nephew Brandon Williams said during a news conference held not far from the Houston apartments where his uncle grew up that the indictments "meant the world" to his family.

"If you saw that video, it's self explanatory. We all know that it was a murder and a torture in broad daylight," Williams said, referring to bystander video that showed the officers restraining George Floyd in late May 2020, with one kneeling on his uncle's neck. "We all know that his civil rights were violated."

"But this gives us hope," he said. "This lets us know that there is change on the way if we keep pressing and mashing the gas for people in leadership to pass laws. We need police reform. There's no way the color of your skin or your race dictates how you are policed when in police custody. That's absolutely unacceptable."

The Department of Justice announced the indictment Friday, alleging ex-officers Derek Chauvin, Tou Thao, J. Alexander Kueng and Thomas Lane had violated George Floyd's rights when they restrained him in late May 2020.

CNN has reached out to attorneys for all four officers for comment. Chauvin's attorney Eric Nelson declined to comment, as did Thomas Plunkett, an attorney representing Kueng.

The indictment says Chauvin -- who was convicted of state murder charges in Floyd's death last month -- deprived Floyd of his right to be free from unreasonable seizure, including unreasonable force by a police officer, as he knelt on the 46-year-old Black man. Thao and Kueng were charged in connection to their failure to intervene, and all four officers were charged for failing to give Floyd medical attention.

Thao, Kueng and Lane have also pleaded not guilty to state charges. Their joint trial is expected later this summer.

"You could hear the sincerity in is voice, you could hear that he was very touched and moved by our brother's death and these police officers' conduct."

"It put a smile on our faces," Rodney Floyd said, and the family believes Garland is "going to give this his all, one hundred percent" and hold the officers accountable.

Jackson Lee, Green and Crump commended the Justice Department, with Crump framing the indictments as an indication to future generations that the department would "be here to make sure that all of American citizens are afforded the constitutional rights of life and liberty and equal justice."

Jackson Lee echoed that sentiment, saying, "Today ... we announce that the Department of Justice is open for business, and lives will be saved."