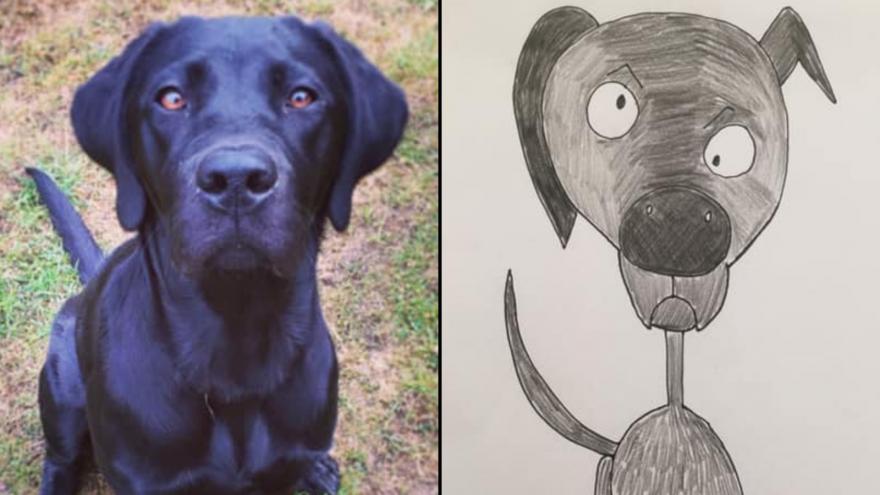 (CNN) -- A British man has raised thousands of pounds for charity after his unconventional drawings of people's pets went viral.

Phil Heckels, 38, told CNN that his rise to internet stardom began six weeks ago when he was trying to get his 6-year-old son to make a thank you card for family.

He decided to draw the family dog, a black Labrador named Narla, to inspire his son, and later uploaded a photo of his work on Facebook alongside a jokey caption offering to sell it for £299 (around $390).

"It was pretty crap," said Heckels, from Worthing, south England, who was surprised to be inundated with offers for the work.

By the end of the day he had seven requests from friends who wanted a drawing of their own pets, and within days his burgeoning reputation saw him inundated with messages and commissions.

Heckels, who works full-time in commercial real estate, then set up a dedicated Facebook page offering his services as "Hercule Van Wolfwinkle," a pseudonym he's been using on the social network for more than a decade. 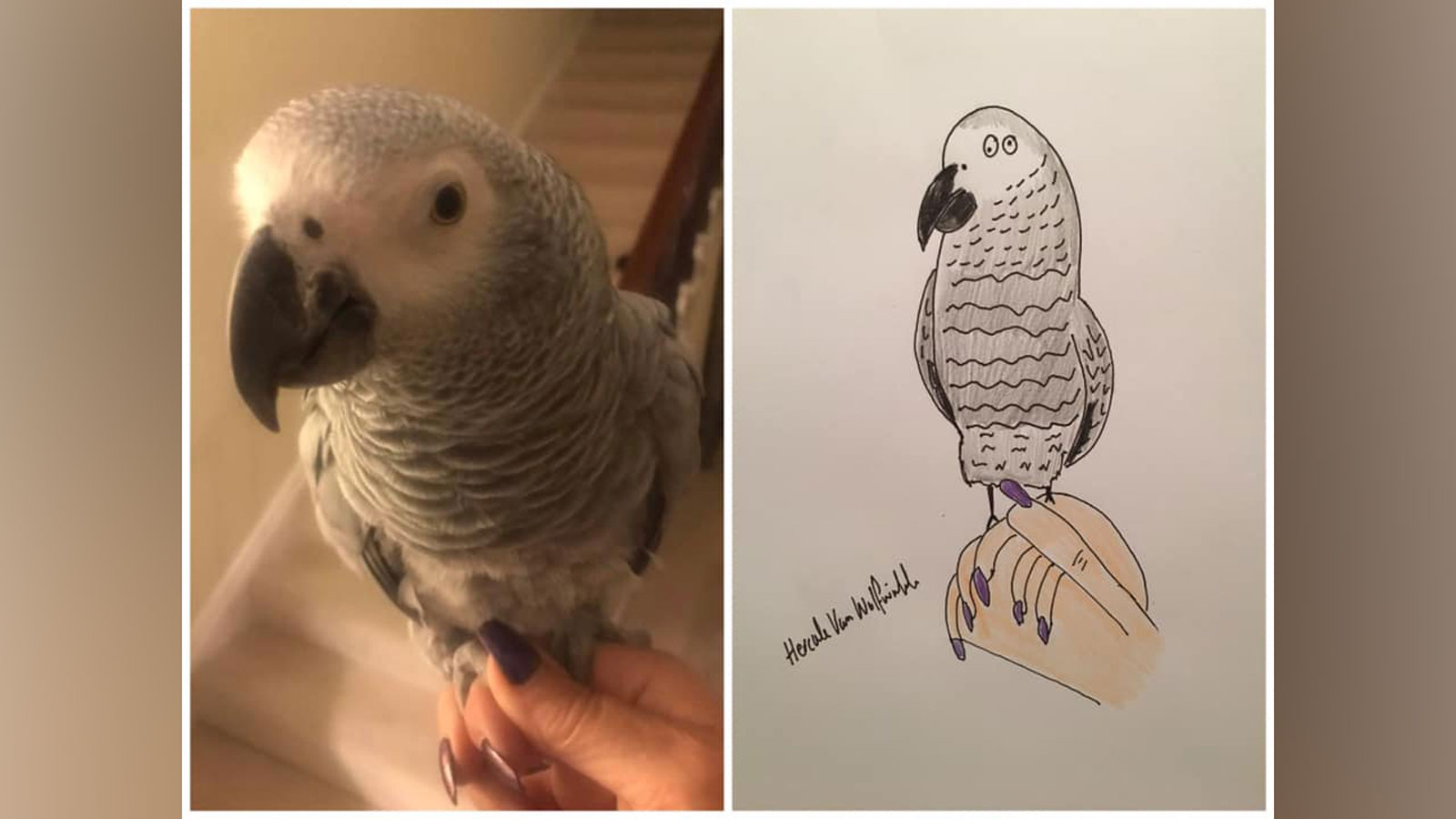 "Extremely realistic pictures which will grace any household," reads the tagline on the page, but photo-realism this is not.

Googly eyes, oversized limbs and wonky features abound, and Heckels says he is working at the limits of his artistic talent.

"I genuinely try quite hard to try and draw them," he said, pointing out that he didn't even study art at GCSE, the English equivalent of a high school qualification.

The main thing is having fun, he added.

"I'm just having a laugh with it," Heckels told CNN. "People seem to be enjoying it and I'm certainly enjoying it."

One client insisted on paying Heckels for his work, but the artist didn't feel comfortable taking payment.

"I can't take any money for it so give some money to charity," Heckels said he told the client.

Heckels later set up a JustGiving fundraiser for Turning Tides, a homelessness charity his family has supported for years.

The fundraiser has generated more than £11,500 (around $15,000) at the time of writing, and Heckels said he is passionate about ending homelessness.

"It's an absolute basic human need to have a roof over your head," he said, adding that he will keep drawing as long as people are donating and he is enjoying his work.

While he doesn't expect to get through the whole backlog, Heckels is eager to raise as much money and awareness as possible -- while bringing a bit of joy to tough times.

"It is like a little bit of fun and a little bit of light when there isn't much to be cheery about at the minute," he said. "I would die a happy man if I could spend the rest of my life doing this." 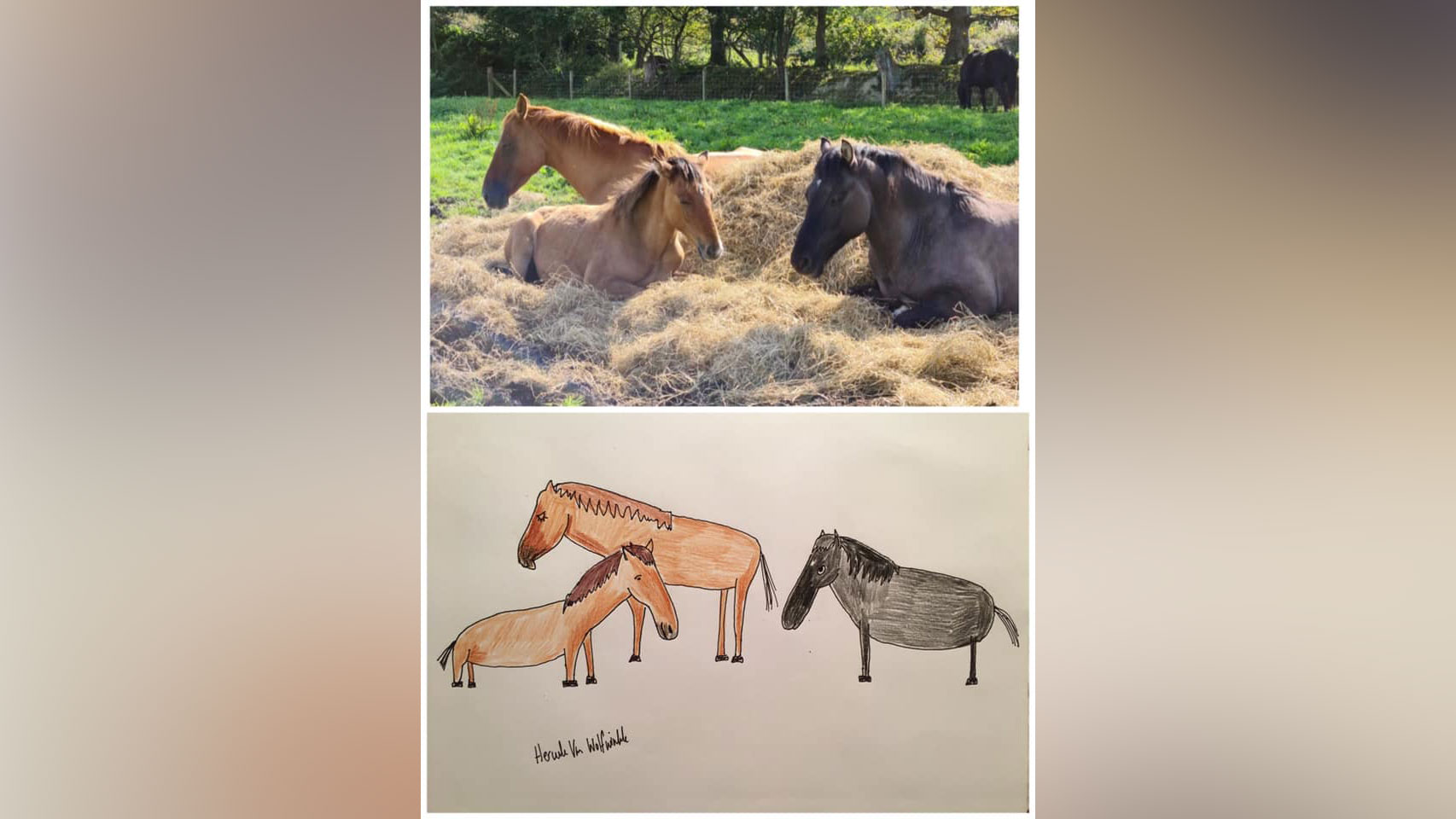