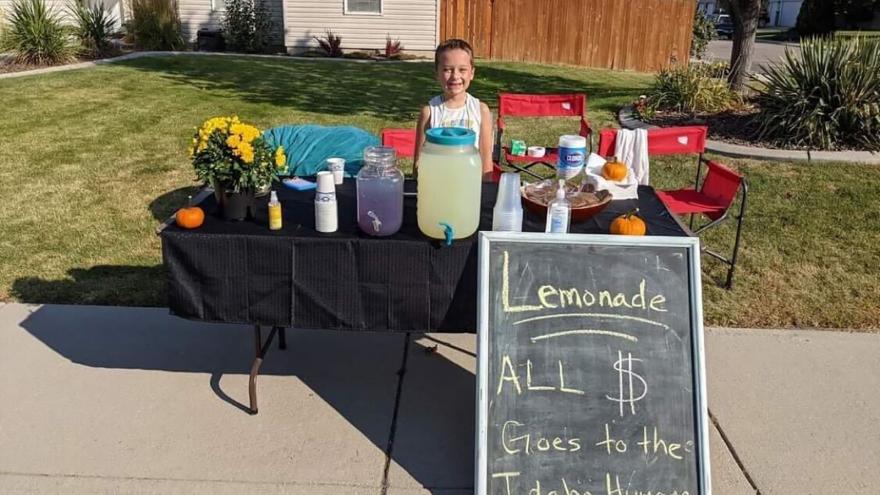 Ben Miller has operated a lemonade stand for three years in a row, raising $1,950 for his favorite cause.

The idea for Miller's fund raising campaign started in 2019, when he was visiting the Idaho Humane Society with his grandmother. "I saw that some cats didn't have toys," said the young entrepreneur in an interview with CNN. He had already planned to open a lemonade stand, but then decided he would donate the proceeds to the shelter so that they could purchase all the cats toys and other supplies.

According to Ben's mother, Amy Miller, Ben has spent hours selling lemonade -- even offering lavender flavor -- alongside treats like cookies.

The donation will be used for veterinary care, food, and other supplies for cats, according to the Idaho Humane Society. "We're in the middle of kitten season," Kristine Schellhaas, the communications manager for the Idaho Humane Society, told CNN. "We go through a ton of supplies. In some weeks in the summer, it's not uncommon to adopt between 60 and 90 kittens a week. That's a lot of life-saving care that we do."

After Ben's second year running the lemonade stand, the shelter highlighted his efforts on its social media accounts, attracting other animal lovers who sent donations to Ben via Venmo if they couldn't stop by his lemonade stand.

"A lot of our supporters were thrilled he was giving back," said Schellhaas.

Miller was "blown away" by the reaction to her son's initiative. "People traveled from almost an hour away, saying that they had heard about it on the radio, and it was absolutely incredible," she said.

"He's always had a big heart," said Miller. "But it really just blew me away."

"Seeing kids like this is really heartwarming for us," she added. "We're so grateful, especially for our youth."

Ben hopes to continue the tradition next year, his mom said.