'This battle is not over:' Biden pledges to 'keep up the fight' on voting rights as Republicans block legislation 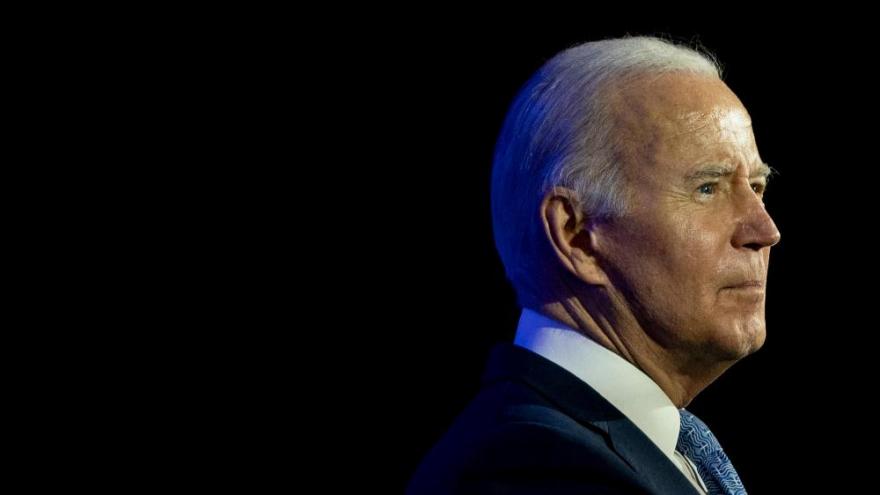 President Joe Biden, in Washington, DC, on December 14, pledged to "keep up the fight" to pass voting rights legislation that remains stalled in Congress due to Republican opposition, as he delivered the commencement address at a historically Black university in South Carolina.

(CNN) -- President Joe Biden on Friday pledged to "keep up the fight" to pass voting rights legislation that remains stalled in Congress due to Republican opposition, as he delivered the commencement address at a historically Black university in South Carolina.

The two bills are aimed at fighting voter suppression, making it easier to register to vote, making Election Day a public holiday, ensuring states have early voting for federal elections and allow all voters to request mail-in ballots, among other provisions.

The push for the legislation comes as Republicans in statehouses around the country enact new laws making it harder for people to vote as part of a national effort to restrict access to the ballot box following record turnout in the 2020 election.

Some progressive Democrats and activists have demanded changes to the Senate filibuster rule, which requires 60 votes to advance most legislation, in order to pass the voting rights legislation. But Democrats don't have the votes they need in the chamber to end the filibuster rule because they face opposition within their own party, including from Sens. Joe Manchin of West Virginia and Kyrsten Sinema of Arizona.

Earlier this year, Biden signed an executive order expanding voting access on the 56th anniversary of "Bloody Sunday" -- when a group of demonstrators faced violence as they attempted to march from Selma, Alabama, to Montgomery, Alabama, to demand the right to vote for Black people. The late Democratic Rep. John Lewis of Georgia was part of that group and suffered a fractured skill that day.

Biden honored Democratic Rep. Jim Clyburn of South Carolina during his commencement address. The HBCU is the alma mater of Clyburn, who is the highest-ranking Black lawmaker in Congress and an influential figure in South Carolina politics.

Clyburn on Friday marched with the class of 2021, as he did not march to receive his degree in 1961 because the school did not conduct December ceremonies at that time.

Clyburn's endorsement of Biden ahead of the South Carolina Democratic primary was a key inflection point in Biden's presidential campaign. Clyburn is largely credited with giving Biden the boost he needed to win the South Carolina primary, which injected much-needed momentum into his campaign and ultimately led to him winning the Democratic nomination.

Biden praised the congressman and said: "Jim never forgets where he came from. Don't you ever forget where you came from. That's your secret power."

Biden said his administration was "just getting started" on several issues and would fight for police reform and reducing gun violence. He touted the new bipartisan infrastructure law and how it will benefit Black communities across the country.

The President also again rebuked former President Donald Trump's comments after a White supremacist rally that took place in Charlottesville, Virginia, in 2017. Trump said at the timethere were "very fine people on both sides."

He later added: "What I didn't realize is that you can defeat hate, but you can't eliminate it. It just slides back under a rock and when given oxygen by political leaders it comes out ugly and mean as it was before. We can't give it any oxygen, we have to step on it."