This app will show you what Indigenous land you're on 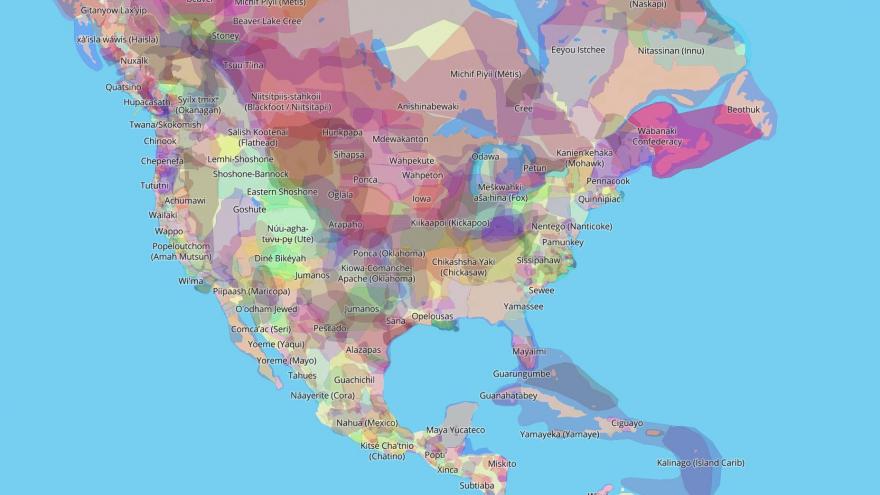 Native Land Digital, a Canadian nonprofit, runs a website where users can easily type in their addresses and see what nations their land belonged to.

(CNN) -- As the US grapples with history and becomes increasingly racially and culturally aware -- with ethnic studies curriculums in schools, recognition of the dangers of White supremacy, and growing social justice movements -- more people are acknowledging the keepers of the land now known as North America: Native Americans.

Land acknowledgments are a way for non-Indigenous people to honor and pay respect to the Indigenous people who lived and took care of the land before the arrival of White Europeans, who often used violence to take control of the lands while forcing survivors onto reservations. The acknowledgments are becoming increasingly common, with even the Macy's Thanksgiving Day Parade taking part.

And now, there are apps that will easily tell you whose land you're on.

One of the most popular ones is run by Native Land Digital, a Canadian non-profit. The organization has a website and app where users can enter an address and see which Indigenous nations lived on that land.

Though the map doesn't represent the official or legal boundaries of the nations, it's an interesting look into the history of the land the users may call home. And the map links out to multiple websites about Indigenous tribes and nations, their languages, or any relevant treaties -- essentially providing users with an education about their homes.

"Native Land Digital creates spaces where non-Indigenous people can be invited and challenged to learn more about the lands they inhabit, the history of those lands, and how to actively be part of a better future going forward together," the website states.

"What we are mapping is more than just a flat picture. The land itself is sacred, and it is not easy to draw lines that divide it up into chunks that delineate who 'owns' different parts of land. In reality, we know that the land is not something to be exploited and 'owned', but something to be honoured and treasured. However, because of the complexities of history, the kind of mapping we undertake is an important exercise, insofar as it brings an awareness of the real lived history of Indigenous peoples and nations in a long era of colonialism."

But if using the map is too cumbersome, one bot on Facebook will tell you what land you're on if you message it your city and state. The bot, called Land Acknowledgment and made by Code for Anchorage, uses data from Native Land Digital.

The center lays out a few concrete ways to support Indigenous communities on its website: