Third doses of COVID-19 vaccines not associated with increase in reports of serious adverse events: study 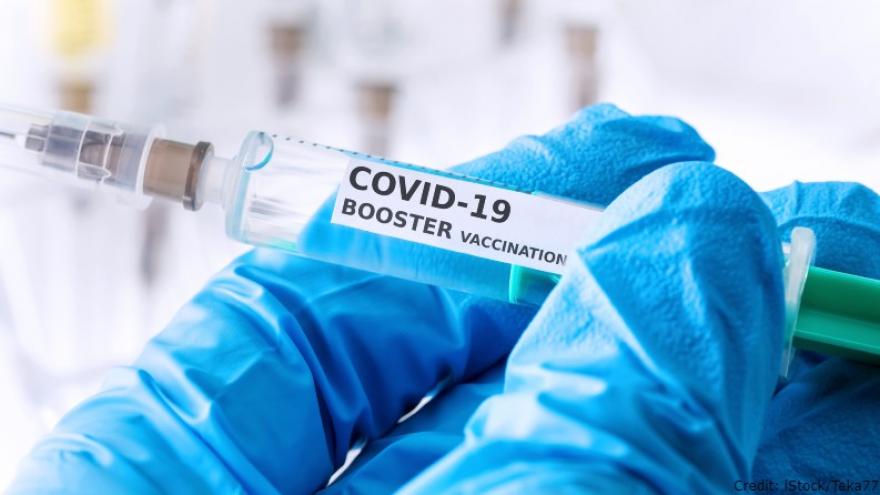 TORONTO (CTV Network) -- A new study looking at data concerning around 48,000 people in the U.S. has found that third doses of mRNA vaccine, such as those from Pfizer or Moderna, are safe and did not cause any increase in reporting of serious adverse events.

“Results from this cohort study suggest that a third dose of the same type of vaccination after a BNT162b2 or mRNA-1273 primary series is associated with safe outcomes,” the study stated.

The COVID-19 vaccines produced by Pfizer-BioNTech and Moderna were originally designed as two-dose regimes, supported by extensive clinical trials. As studies showed evidence of waning vaccine immunity, health experts began to suggest booster shots, which were found to be safe and effective. But there is still less data on these third doses than on the first and second doses, a gap in knowledge that researchers were hoping to close in this new study.

Researchers accessed electronic medical records provided by 47,999 adults within the Mayo Clinic Enterprise, a non-profit hospital system in the U.S., all of whom who were vaccinated with three doses of the same mRNA COVID-19 vaccines between December 2020 and Oct. 17, 2021.

Around 38,000 participants received the Pfizer-BioNtech vaccine for their three doses, while around 9,900 received the Moderna vaccine.

There were more than twice the amount of immunosuppressed individuals in the group who received Moderna than in the group that received Pfizer. No adverse events specific to a certain brand was reported in the study.

The most common adverse events after receiving the third dose were fatigue, the temporary swelling of lymph nodes, nausea and headache, with these symptoms reported by around two to five per cent of participants.

Less than two per cent of participants reported other common side effects such as joint pain, muscle aches, diarrhea and fever.

These numbers, while still small, represented a significant increase in how often these same participants had reported these side effects after their first or second dose.

After the third dose, two patients had anaphylaxis, four patients had a swelling of tissue around the heart called pericarditis and one patient reported myocarditis, meaning only 0.01 per cent of participants reported one of these serious adverse events.

“Reporting of severe adverse events was rare after the third dose and was not significantly increased compared with the frequency of reporting after the second dose,” the study stated.

There was no difference in ER visits for different doses for those receiving Moderna.

The overall results indicate that third doses are indeed safe, as they don’t come with an increase in severe adverse events, researchers said. They added that third doses had a better safety profile in this study than receiving a single dose did.

“Individuals who received exactly [one] dose of an mRNA-based COVID-19 vaccine had greater increases in incidence of adverse events after dose [one], compared with baseline, than what was observed in the [three]-dose cohort,” the study stated.

Researchers noted that there are limitations to the study, such as the fact that people receiving mixed brands were not included and that those receiving third doses are more likely to be older and immunosuppressed, thus potentially having a reduced immune reaction to the vaccine that could show less adverse effects.

Further studies into third doses will hopefully be able to flesh out more on the safety profile of mixing vaccine brands to further narrow down how frequent rare adverse events are, the study stated.