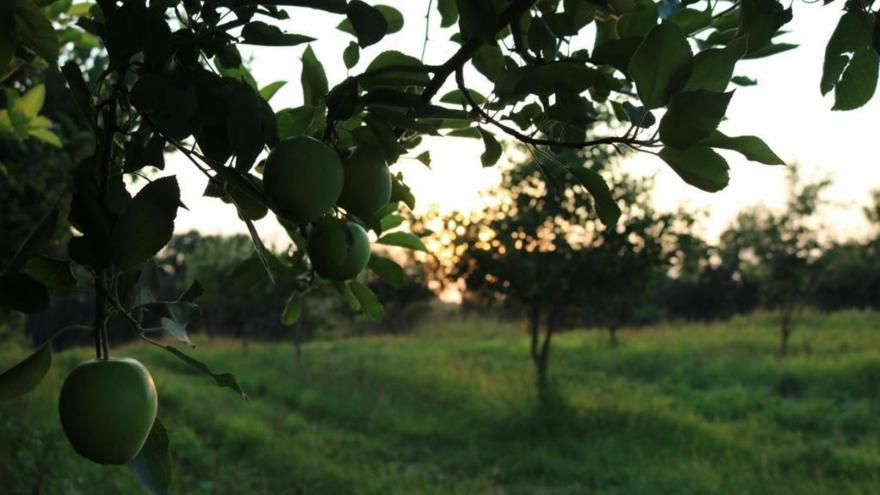 The orchard owners estimate the missing apples are worth $27,000.

Jon and Robyn Drummond, owners of Williams Orchard, reported to the LaPorte County Sheriff's Office last Saturday that thieves had stolen the apples from an acre of trees.

"I was floored," Jon Drummond told CNN. "When someone comes in and commercially steals from you, it's like, whoa. That's a little disheartening."

"Almost every single apple from every single tree was completely wiped out," he said. "It was cleanly picked. I was like, oh my God, someone came in and stole these apples."

The Drummonds recently purchased the orchard, which was established in the 1860s, and even hosted a grand reopening on Labor Day weekend.

They estimate the missing apples are worth $27,000.

"Sadly, I don't have any insurance on it," said Jon Drummond. "I don't have theft insurance, and so I wasn't able to recoup any money. It was purely stolen out of our pockets."

The theft occurred in a secluded valley at the back of the orchard, he said.

The couple had just invested in building new gates, but had not yet installed locks, so the thieves were able to simply unchain the gates and drive through the orchard, he said.

"It probably was an insider job," said Jon Drummond. "Someone knew this orchard really well. They knew where to go, the portion of the orchard where they couldn't be seen."

He believes the missing apples might be used to make cider, or possibly sold through wholesalers or other distributors.

While Drummond filed a police report with LaPorte County Sheriff's Office, there have been no leads.

"We're looking for a pickup truck or some kind of trailer that could pull this large of product," Capt. Derek Allen of La Porte County Sheriff's Office told CNN affiliate WSBT.

"We're going to laugh about it because the only other option is to cry."