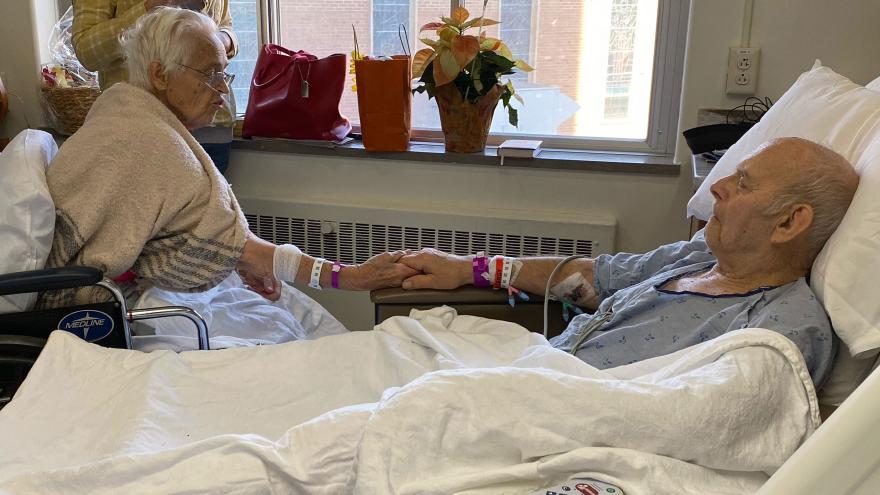 (CNN) -- He had said he couldn't imagine life without her. As life would have it, he won't have to.

A husband and wife in St. Peter, a town about an hour south of Minneapolis, Minnesota, were married for 68 years but died just one day apart, their son told CNN.

"They both knew what was coming and they didn't have any fear," he said. "They had both lived full lives and they were ready."

The death of his father coming so quickly after his mother's seems like much more than a coincidence to Brent. "When I asked him what his wishes were if mom passed away, he said he couldn't imagine life without her. And in the end, he was right," Brent told CNN.

Just as they died near one another, the couple stayed happily close to home for much of their lives, maintaining a farm and raising their seven kids. 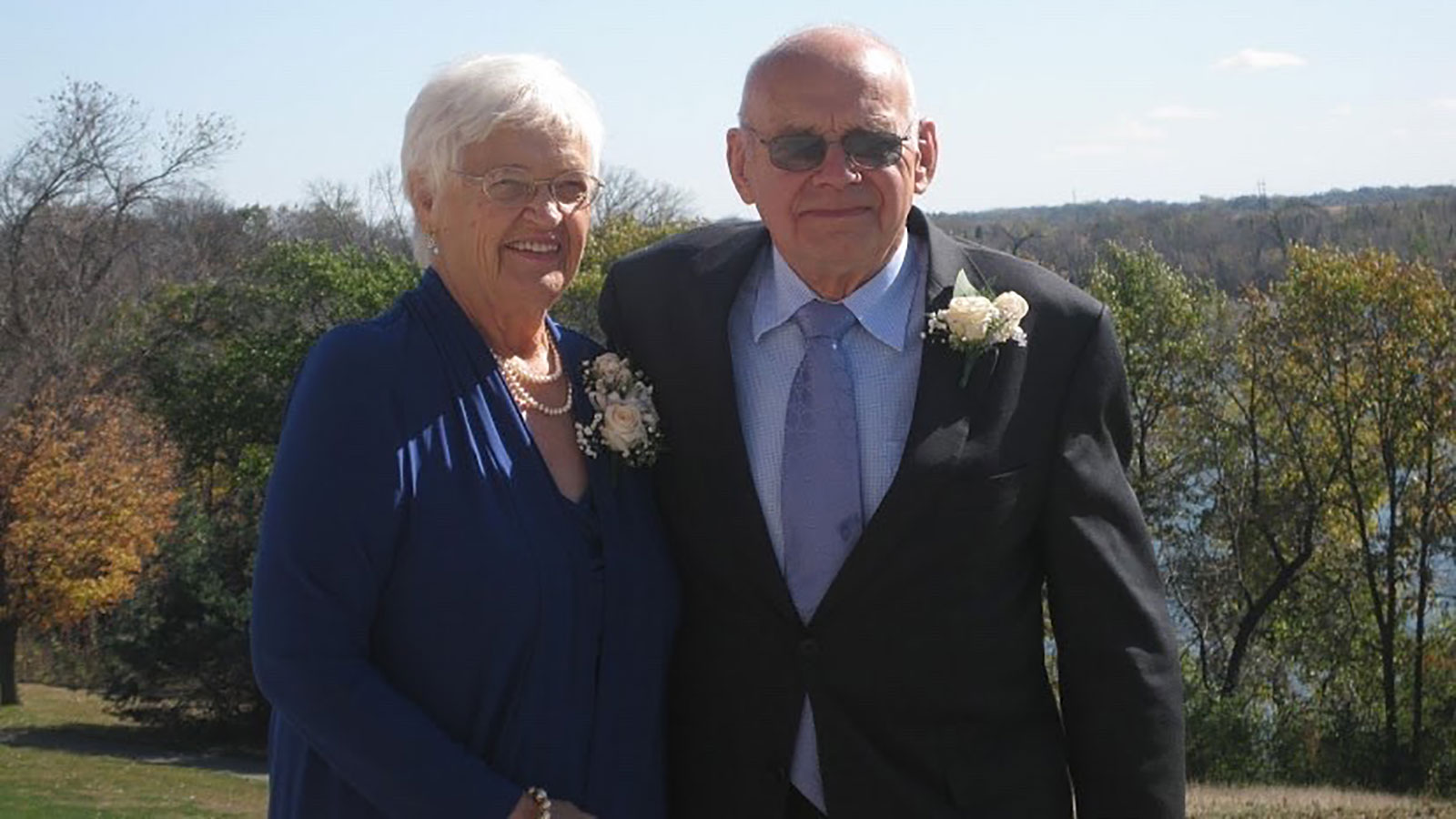 Brent told CNN the couple stayed independent even into their old age. They stayed on the farm until May when they moved to an assisted living home.

Corinne married Robert, her brother's best friend, in 1951. And there was no doubt she was marrying a farmer on their wedding day. Robert spent the day of the ceremony harvesting in the fields before coming to the church to get married, says his obituary from the Saint Peter Funeral Home.

Robert and Corinne strongly encouraged their kids to learn how to play instruments and participate in athletics. The couple grabbed every opportunity they could to see their kids play in games.

Brent remembers how Robert got up to milk the farm's cows at unusual hours so he could make it to the kids' events, often waking up at midnight to get the chore done.

Making a marriage last for 68 years is not easy, but Corinne and Robert obviously had their own secret to success. Brent said their marriage was based on strong faith and commitment. 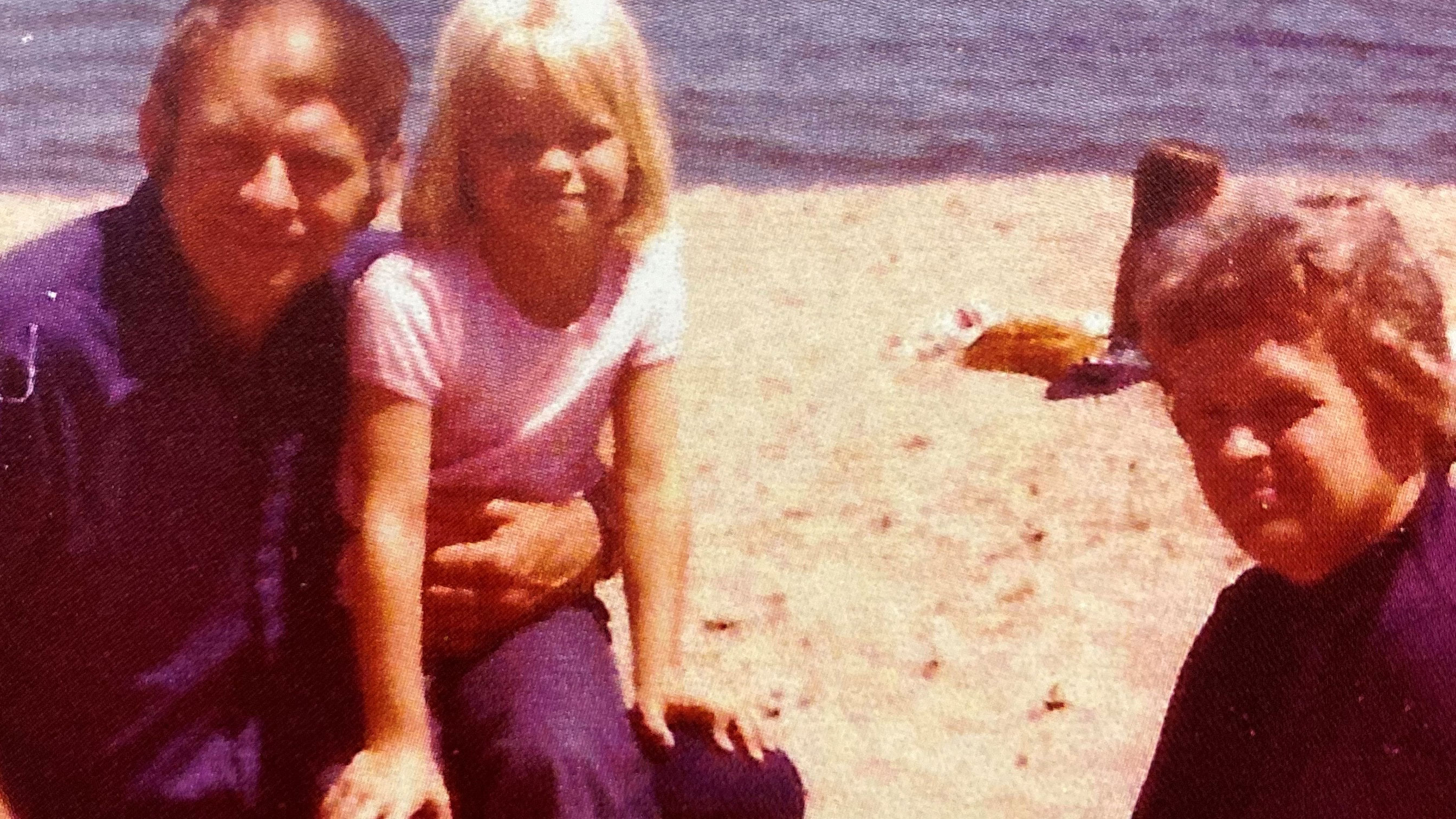 "He understood what it took to make a marriage work," he said. "Dad would say, if mom isn't happy, no one's happy."

In honor of Corinne and Robert, the family has established a memorial fund in their name at the Scandian Grove Lutheran Church where the couple attended church services for their 68 years together.