'They' named as Merriam-Webster dictionary's word of the year 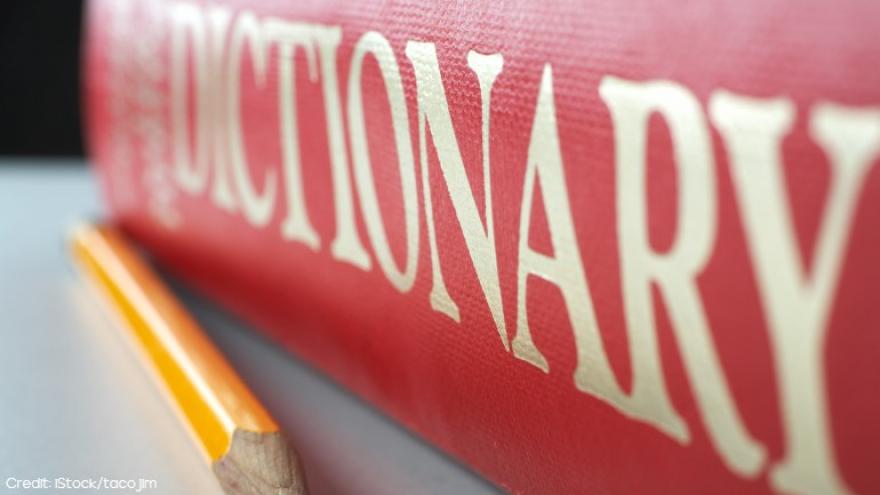 (CNN) -- The nonbinary pronoun "they" has been named Merriam-Webster's word of the year.

The American English dictionary revealed that searches for the term have risen by 313% in the last year.

The definition of "they" as a nonbinary pronoun was added to the three other separate definitions of the word in September.

Merriam-Webster said in a statement that the word of the year winner was determined by data.

In September, the British singer-songwriter Sam Smith, who recently came out as nonbinary, asked to be referred to as they/them.

Emily Brewster, senior editor at Merriam-Webster, said in a statement: "Pronouns are among the language's most commonly used words, and like other common words (think go, do, and have) they tend to be mostly ignored by dictionary users.

"But over the past year or so, as people have increasingly encountered the nonbinary use, we've seen searches for 'they' grow dramatically."

Brewster said the spike in searches for the word was so "significant and sustained" that it stood apart from other popular entries.

"People were clearly encountering this new use and turning to the dictionary for clarity and for usage guidance," she added.

Merriam-Webster officially added the nonbinary pronoun as an entry in September.

When the word was added, Merriam-Webster revealed that it had evidence in its files of the nonbinary "they" dating back to 1950.

Other terms that were widely searched for in 2019 were "quid pro quo," "impeach," "crawdad" and "egregious."

The Collins Dictionary named "climate strike" as its word of the year last month, while "climate emergency" topped Oxford Dictionary's list of most popular terms in 2019.