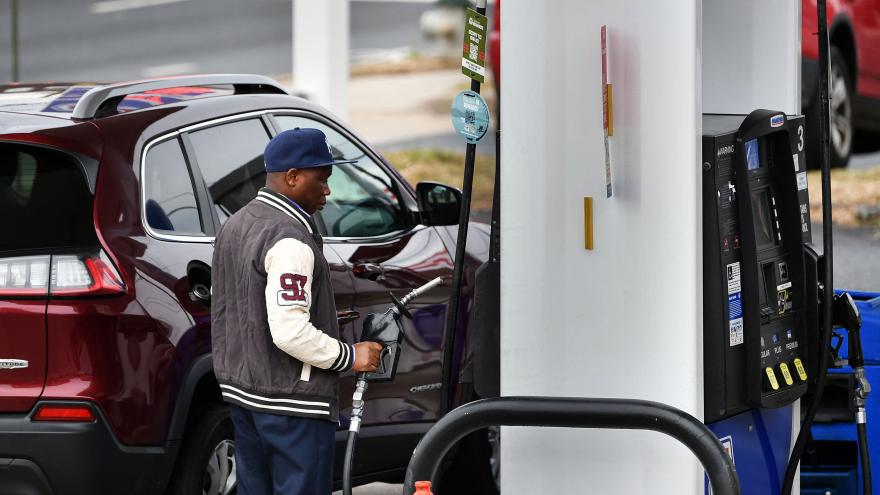 (CNN) -- As inflation and Russia's war on Ukraine force consumers to pay more at the pump, some states are temporarily suspending their gas tax — and others may follow.

Lawmakers in California, which has the highest gas tax in the country at 51-cents-per-gallon, are proposing a $400 gas tax rebate, after state Democrats previously shot down a gas tax pause. Lawmakers say the rebate will cover the cost of the current gas tax for a full year for most drivers.

Other state leaders, including Gov. Gretchen Whitmer, have called for suspending gas taxes, which stands at 6% in Michigan.

The national average gas price was $4.25 per gallon on Sunday.

Last week Georgia Gov. Brian Kemp signed a bill temporarily halting the state's gas tax through the end of May.

The law went into effect Friday and will stay on the books until May 31.

The state is suspending its roughly $0.29 cent tax per gallon on regular fuel and $0.32 cent tax on diesel. Georgia's average gas price on Sunday was $4.14, according to AAA.

Maryland passed a gas tax holiday for 30 days starting Friday, ending April 16. The state was the first in the country to pass an immediate suspension of the tax.

The move to lift the 36-cent-per-gallon tax was signed by Gov. Larry Hogan who had advocated for a longer suspension. Maryland gas prices decreased more than 40 cents this week, to an average of $3.86 on Sunday.

"This is, of course, not a cure-all, and market instability will continue to lead to fluctuations in prices, " Hogan said in a release.