These states could legalize marijuana this November 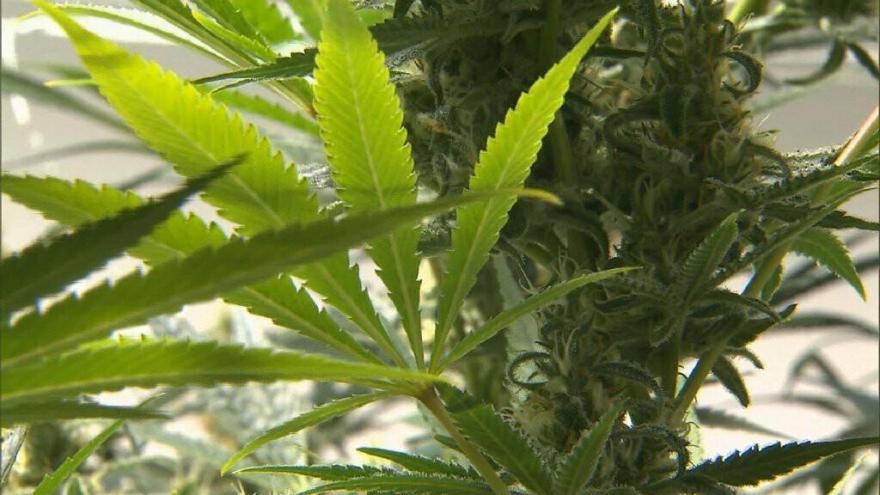 Voters in Republican-led Arizona and South Dakota and Democrat-led Montana and New Jersey will consider proposals to legalize recreational marijuana.

Voters in Republican-led Arizona and South Dakota and Democrat-led Montana and New Jersey will consider proposals to legalize recreational marijuana. Another red state, Mississippi, is weighing a pair of ballot questions to legalize medical marijuana. Currently, 11 states have legalized full, adult marijuana use. All but two did so by ballot initiative, which poses the question directly to voters.

Polls show that the ballots initiatives have support in Arizona, Montana and New Jersey.

"It's really showing the kind of breadth of acceptance that we're seeing around the country with respect to cannabis," said Steven Hawkins, executive director of the Marijuana Policy Project, an advocacy group that works with many of the ballot initiatives.

Not every effort to get marijuana on the ballot this year was successful, though, with the coronavirus pandemic and early stay-at-home orders having scuttled signature drives to gather enough support to place the questions on some states' ballots. "We lost the time needed to gather signatures or else there would be six states," Hawkins said, counting the states considering full adult-use legalization this year.

The initiatives would only be the first step in the process, said John Hudak, deputy director at the Brookings Institution who specializes in state and federal marijuana policy.

Should voters approve the measures on November 3, he said, the state legislatures normally would need to set up regulatory structures within each state.

Arizona's Proposition 207 would allow adults 21 years and older to possess, consume or transfer up to one ounce of cannabis and create a regulatory system for the products' cultivation and sale.

A similar provision failed in 2016 by less than three points, but this time around, polling has consistently found majority support. A recent Monmouth University poll found 56% support for Proposition 207 among registered voters and 36% opposed.

Advocates credit higher support for this year's effort to a reworked ballot question. Besides legalizing marijuana, it would also set up a pathway to strike prior convictions for marijuana from criminal records, and includes a provision for home growers.

Medical use has been legal in Arizona for a decade, and it remains the only state in the country where the smallest possession of marijuana is still considered a felony.

"The current system with medical marijuana is serving the people who need it for health-related reasons," Ducey wrote in the state's compilation of arguments for and against the ballot measure, provided to voters. "We don't need the wholesale expansion that full-throttle legalization will bring."

If Arizona votes to fully legalize this November, Julie Gunnigle, the Democratic candidate for Maricopa County attorney who supports Proposition 207, said it would be a powerful bellwether to other parts of the country.

"If Arizona can do it, the rest of the country is ready," she said.

South Dakota has two measures on the ballot:

-- Measure 26 would establish a medical cannabis program and registration system for people with qualifying conditions.

-- Amendment A would legalize cannabis for all adults and require state legislators to adopt medical cannabis and hemp laws.

There's a term for what South Dakota could do: Leapfrog.

Many states have followed a multi-year path toward full legalization, starting with decriminalization, followed by medical use, and then full legalization. But South Dakota is poised to enact both medical and adult-use in one fell swoop -- via two ballot questions.

The state could be the first to simultaneously approve both.

South Dakota currently has tough penalties for possession of small amounts of cannabis.

The state's Republican Gov. Kristi Noem opposes both ballot measures, and recently appeared in an advertisement urging a "no" vote against full legalization.

"The fact is, I've never met someone who got smarter for smoking pot," Noem said in the ad. "It's not good for our kids and it's not going to improve our communities."

If it does pass, Hudak said, "it would be a pretty significant step toward understanding just how progressive people are ready to be, in unlikely states, around this issue."

In Montana, the window to gather the tens of thousands of signatures needed to place its two legalization questions on the ballot collided with the early months of the pandemic and stay-at-home orders.

The state also has two initiatives:

-- Initiative 190 would allow adults in the state to possess, buy and use cannabis for recreational use and defined a 20% tax on recreational cannabis. It would also allow people serving a sentence for certain cannabis-related acts to apply for resentencing or records expungement.

-- The second question, Initiative 118, would amend the state's constitution to establish 21 as the legal age to purchase, possess and consume cannabis.

Once the stay-at-home order was lifted in late April, organizers had to get creative to collect the 76,400 signatures required to make the ballot in June. They relaunched the signature drive with new health protocols in place, including hand sanitizer, distancing, temperature checks for volunteers and a new pen for every signer.

"We took a series of steps to make sure the pandemic didn't take away Montana's constitutional ballot initiative process," said Matthew Schweich, deputy director at the Marijuana Policy Project and one of the leaders of the Montana and South Dakota ballot efforts.

An opposition group at one point put up billboards warning "Big Marijuana is coming for our youth." Montana residents voted to legalize medicinal use 15 years ago, though implementation has hit stumbling blocks with state approvals.

Like Arizona, recent polling shows support for legalization. Among likely and active Montana voters, 49% support legalization while 39% oppose it, according to a Montana State University poll taken in late September.

In New Jersey, state lawmakers, unable to drum up enough support to pass a bill to fully legalize marijuana agreed to place the question directly to voters: "Do you approve amending the Constitution to legalize a controlled form of marijuana called 'cannabis'?"

Public Question No. 1 would amend the state constitution to legalize cannabis for personal, non-medical use by adults 21 and older. If the measure passes, the state commission that oversees the medical market would also regulate the personal market.

Gregg Edwards, executive director of Don't Let NJ Go to Pot, called the move to change the state's Constitution "pretty extreme," saying, "Now cannabis is going to appear in the New Jersey Constitution alongside the freedom to associate. And once it's in the Constitution, the likelihood of it coming out is slim or next to none."

Edwards said that normally, he'd be speaking with parent teacher organizations and local chambers of commerce to build support for the opposition effort, but this year "they just haven't been available to us."

"We would have liked to spend the spring, summer and fall talking to folks," he said. "It's just been next to impossible."

The push to legalize has enjoyed a healthy lead in the polls.

But organizers -- facing the challenges of expanded mail-in voting in the state due to Covid-19 -- said they have had to help voters, some new to the mail-in-ballot process altogether, find the question on the ballot. itself. Depending on the county, it's likely on the backside of the ballot.

"We have to drill down on making sure people know they have to flip the ballot over," said Tara Martin with NJ CAN 2020.

Mississippians will consider two dueling proposals to legalize medical marijuana. The state's unique ballot's structure asks voters whether they are for approving either Initiative 65 or Initiative 65A, or against both.

-- Initiative 65 would allow physicians to recommend medical cannabis for patients with any of 22 qualifying conditions such as cancer, multiple sclerosis and post-traumatic stress disorder. The constitutional amendment would establish a regulatory program for businesses to grow and sell medical cannabis and for the products to be taxed at a 7% rate.

-- Initiative 65A, an alternative proposal, would limit the smoking of medical cannabis to people who are terminally ill, and would leave the future regulatory framework up to the legislature.

Even if a person votes against both, they still have the opportunity to choose between the two.

Should either measure pass, Hudak said, "it would signal a pretty significant change in politics around cannabis in the South in a way we really haven't had a good test of yet."

End of the road for legalization via ballot measure?

Advocates say they first pursued the piecemeal ballot measure process to legalize cannabis because it has been easier than navigating the time-consuming efforts in state legislatures. But they're running out of states that use ballot measures to shape public policy, Hudak said.

Just 26 states have initiative or veto referendum processes at the state level. And already, leaders in New York, Pennsylvania, Connecticut and New Mexico are calling for their states to legalize too.

"Conversations are getting more serious," Hudak said. "A lot of progress has been made at the legislative level, even if there's not a lot to show for it."

But Schweich hopes voters' decisions come Election Day will serve as a tipping point toward a national conversation.

"The reason there's a conversation in Congress is because of all of the victories that have already occured at the state level," Schweich said. "If we can win in New Jersey, Mississippi, South Dakota, Montana and Arizona, it's going to send a really loud message to Congress that it's time to fix this at the federal level in 2021."