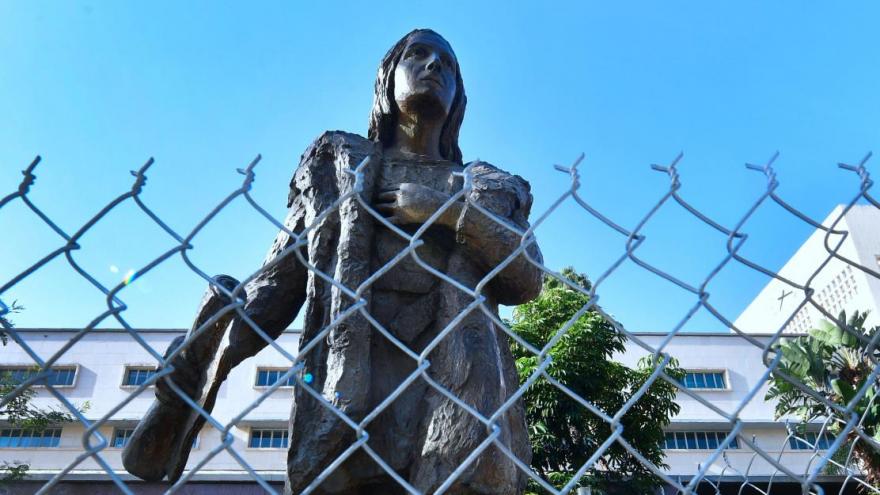 A statue of Christopher Columbus at a downtown Los Angeles park is surrounded by a chain-link fence on October 9, 2017 in Los Angeles, California.

(CNN) -- Columbus Day has been a political lightning rod for states, cities and municipalities around the US for years now. Some have decided to do something about it.

Virginia is the latest state to officially observe "Indigenous Peoples' Day" instead, a holiday to recognize the native populations that were displaced and decimated after Christopher Columbus and other European explorers reached the continent.

Technically, Columbus Day is a federal holiday, which means it is recognized by the US government and thus brings the closure of non-essential government offices, and, usually, places like post offices and banks.

But states and local governments can choose not to observe a federal holiday. And, as is the case with a growing number of places, change the name and intent of the October holiday altogether.

Not listed here are more than 130 cities that have ditched Columbus Day for Indigenous Peoples Day -- and the list grows yearly.

Gov. Bill Walker signed observances of the holiday in 2015 and 2016 before making the switch official in 2017.

States and DC that observe Indigenous Peoples Day via proclamations

Michigan: On October 14, 2019, Gov. Gretchen Whitmer declared the day to be Indigenous Peoples' Day "to uplift our country's indigenous roots, history, and contributions."

Virginia: In 2020, Gov. Ralph Northam declared Monday the first Indigenous Peoples' Day in Virginia, calling it an "important step in creating an inclusive, honest Commonwealth." The state is home to 11 native tribes.

Washington, DC: The DC Council voted to replace Columbus Day with Indigenous Peoples' Day a few days before the 2019 observance.

States that celebrate both holidays

Oklahoma: In 2019, the state voted to move Native American Day to the same day as Columbus Day so the two could be celebrated concurrently.