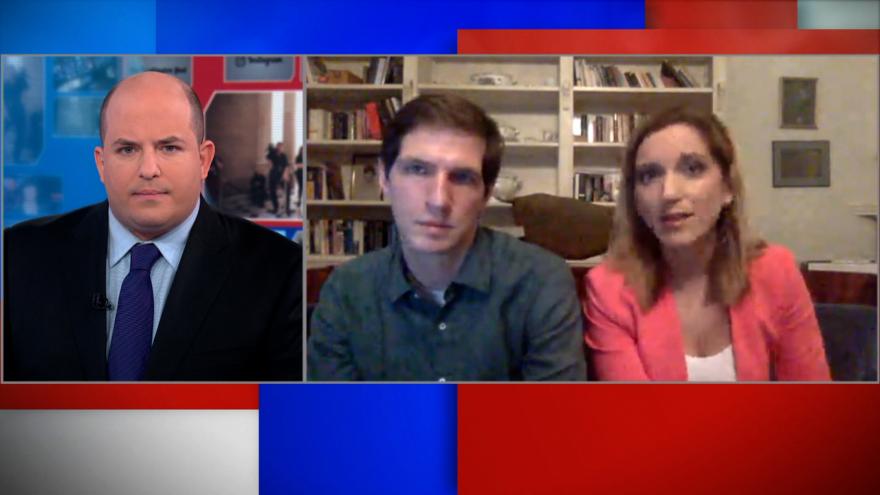 The decision followed the draconian "Fake News" law the Kremlin enacted, effectively making it a crime to report the truth about the war in Ukraine. But the husband-and-wife team behind the channel said they're not deterred.

"You are facing up to 15 years in prison if you call this war a war, if you are quoting President Zelenksy," Kotrikadze said on CNN's "Reliable Sources" Sunday. "If you are reporting the truth, so we did not have any choice."

Right now, TV Rain content is mainly found on its YouTube channel. Despite government efforts to control access to information,Dzyadko said, TV Rain's livestreams are being viewed by many Russians.

"People are asking to give them one alternative source of information not to be dependent on this Russian propaganda machine," Kotrikadze said.

CNN's chief media correspondent Brian Stelter asked if, rather than the lack of access to independent news in Russia, there was a lack of demand from Russians to know what's really going on in Ukraine.

Kotrikadze said the Kremlin "dictatorship regime" claim that the majority of Russians support the so-called "special operation" in Ukraine is "not true."

"I was astonished by the amount of people who were texting us in direct messages on social media and also comments on our different accounts," Kotrikadze said.

Despite the dangers the press face in Russia, both Kotrikadze and Dzyadko said they can't imagine being in another line of work.

"We have a huge responsibility to our viewers who've been supporting us over 12 years of existence," Dzyadko said.