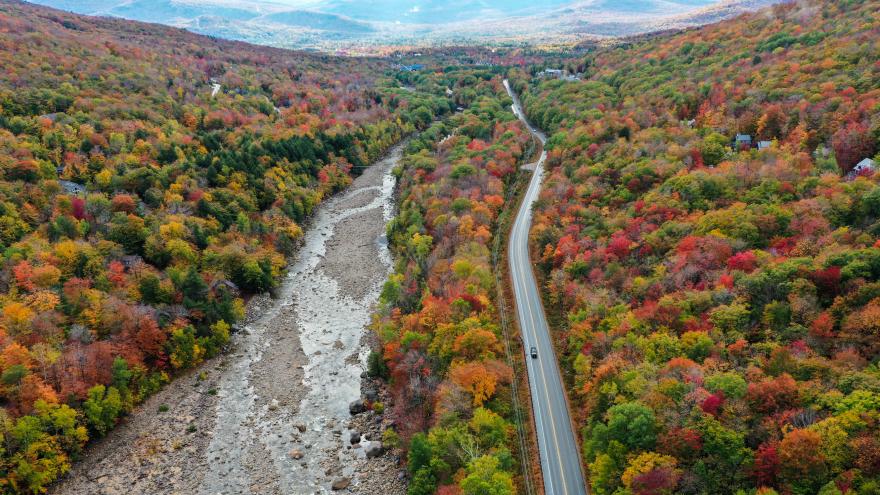 We've been around for a long time, and we're still here (unlike Neanderthals). But it hasn't been an easy road -- and we don't always make great choices. Maybe it's because we strive, we fail, and we learn.

As my college photojournalism teacher Mark Johnson often said, "Fail faster." It means that failure is possible in anything we undertake, and the sooner we accept and learn from our failures, we have a greater chance of turning them into achievements.

Part of that process is learning from each other, a vital component of the human connection. Even during the pandemic, we've found ways to stay present in each others lives over great distances. Perhaps our success stems from our ability to grow, learn and share, no matter the odds.

You say goodbye, and I say hello. Just like people, some great apes don't leave each other hanging.

Instead, they purposefully use signals to begin and end social interactions.

Researchers observed more than 1,200 interactions within groups of chimpanzees and bonobos in zoos. These apes were more likely to hold hands, butt heads and touch each other before and after playing.

This is much bigger than common courtesy, and it shows a deep-rooted sophisticated behavior observed only in humans until now, the scientists said. But can you guess which ape greeting is more popular: hello or goodbye?

A new clue to human evolution's biggest mystery has emerged.

The only evidence we have of Denisovans, an enigmatic group of early humans first identified by researchers in 2010, belong to fossil fragments that can fit in the palm of your hand.

A Philippine ethnic group known as the Ayta Magbukon has the highest known level of Denisovan ancestry in the world. Denisovan DNA can be traced in some modern humans because our Homo sapiens ancestors had children with them about 50,000 years ago.

Scientists have some new theories for why there are so few of these fossils and where to look for them next.

The Geminid meteor shower is a skywatcher's delight every December, and it comes from an unlikely source: an asteroid named Phaethon. Typically, meteor showers are caused by comets. This oddball asteroid behaves like a comet.

Until now, scientists weren't really sure why. As Phaethon makes its closest approach to the sun during orbit, our star's heat may cause sodium inside the asteroid to "fizz" and vaporize.

This week, researchers also shared that ripples within the rings around Saturn have revealed the planet's "fuzzy" core.

Rather than solid rock, Saturn's core is likely a slushy mix of ice, rock and metallic fluids -- and it's much larger than previous estimates.

An agreement between nations in the 1980s helped us avoid a "scorched Earth" outcome, according to new research.

The Montreal Protocol to ban CFCs, or chlorofluorocarbon chemicals once commonly used in aerosol sprays, refrigeration and air conditioners, was signed by dozens of countries in 1987.

Scientists modeled how unabated use of CFCs would have affected the ozone layer, which sits between 9 and 22 miles above Earth.

The ban helped us avoid a breakdown of the ozone layer by the late 2040s, which would have devastating impacts on our planet and even our health.

If summer's heat has you dreaming of fall, wait before shrugging on a sweater; otherwise, you'll swelter. (But we won't step on your pumpkin spice dreams.)

The Climate Prediction Center's outlook for September through November is showing above-average temperatures for most of the country. Things will eventually cool off, but that crisp feel in the air may come later than expected.

NOAA has also increased chances for La Niña this fall, which may be good news for the drought-stricken Western states, but this could be tough for areas impacted by tropical systems in the Atlantic. Speaking of storms, stay updated all weekend on Henri. Sign up for email alerts from CNN meteorologists and reporters in the field.

Historic drought conditions also have an impact on fall foliage. This is what leaf peepers might see, depending on where you live.

A glance at the latest:

-- The discovery of these early mammal fossils, including one named for "The Hobbit," shows how quickly they evolved after dinosaurs went extinct.

-- Scientists have been intrigued by the Martian South Pole for decades. Now, they've determined what may be hiding beneath the ice.

-- All coiled up and hissing: Rattlesnakes know how to play intimidating mind tricks on humans when we come too close.

Just a thought before you go: Look up for August's full moon this weekend and set your clocks for a NASA spacewalk next Tuesday at 8 a.m. ET.