These companies are hiring -- rapidly -- during the coronavirus crisis 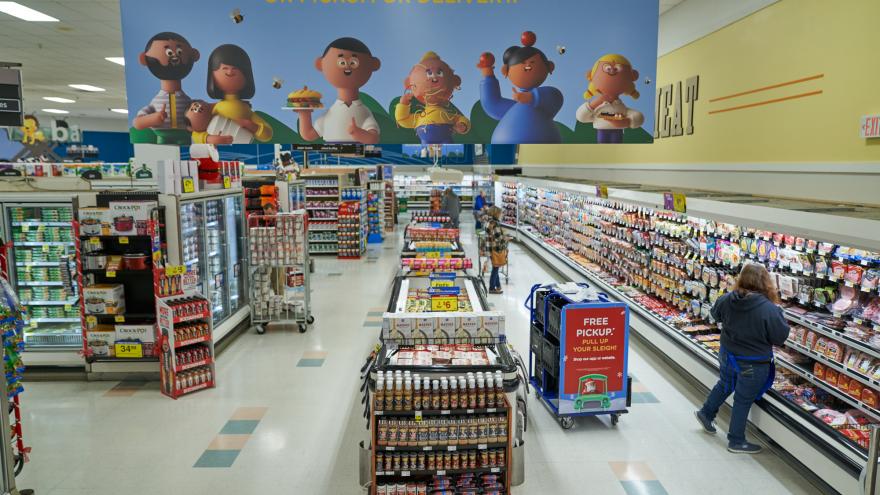 (CNN) -- Businesses shut down across America during the coronavirus pandemic, leading to millions of layoffs and furloughs.

The US job market is attempting to emerge from its worst downturn in modern memory. But it's not all doom and gloom on the employment front. There are still companies hiring amid the economic calamity as changing consumer habits compel employers in a wide variety of industries to stock up on talent.

Kroger and its subsidiaries have been expanding, like other major grocery store chains during the pandemic. The second largest grocer in the US is still looking to hire about 6,800 people from coast to coast to keep up with consumer demand.

Kroger says it has hired more than 100,000 workers since mid-March and has focused on recruiting workers laid off from restaurants, hotels and food service distributors.

The company is still looking to fill roles in its e-commerce, manufacturing and distribution center divisions.

Aldi's is looking to fill more than 4,000 job openings nationwide. Most of the positions are for full- and part-time sales associates as well as store management. On May 28, the company announced it was expanding its curbside grocery pickup service to about 600 stores after piloting the program in select markets.

The Columbus, Ohio-based retailer has more than 3,300 openings listed on its website, mostly for sales and management roles across the US. Positions are also available in corporate accounting, logistics and distribution centers.

Big Lots' sales have soared during the pandemic. President and CEO Bruce Thorn credited the company's recent success to its e-commerce business -- which was up 45% in its first fiscal quarter that ended in the beginning of May -- and keeping physical stores open during the Covid-19 shutdowns.

The discount tool and equipment retailer has been opening new stores across the country, and it currently has more than 3,000 openings listed on its website. Most of the roles are in retail sales, but positions are also available in the company's distribution and corporate office divisions.

The struggling parent company of Victoria's Secret recently announced plans to focus its efforts on its Bath & Body Works division after years of failed efforts to revive its once-mighty lingerie chain.

The retail conglomerate currently lists about 660 openings, most of which are for sales and sales support positions at US Bath & Body Works, according to its website.

Dollar General has been on a hiring spree since March and says it is still looking to fill roles across business sectors, including its 16,500 nationwide stores, regional distribution centers, cold-storage facilities and its corporate offices in Tennessee, according to a spokesperson.

"We're hiring across all of those fronts right now," the spokesperson said.

The variety store chain is one of several major retailers experiencing a surge in business during the coronavirus pandemic thanks to consumers spending more on home essentials.

The sports bar chain wants to fill more than 6,100 job openings nationwide, including more than 400 roles in California, according to its website. Most of the roles are for hosts, servers, cooks and managers.

The delivery company is looking to fill more than 200 roles, primarily in the US. Its current career opportunities include positions in engineering, sales, marketing, public relations and fulfillment services.

Doordash recently moved up the launch date for its Convenience business line, partnership chains like 7-Eleven and Circle K that allows the company to deliver more grocery and home-essentials items.

PayPal has seen a surge in demand for contact-free, digital payments amid the coronavirus pandemic.

The online payments software service provider and its subsidiaries are hiring more than 800 people to fill roles in software development, according to its website. Other vacancies include positions in data science, technical product management, information security, risk operations and compliance investigations.

On May 19, PayPal launched its touch-free payment app feature, which allows customers to use a QR code to pay for products without exchanging cash or credit cards.

The Cary, North Carolina-based makers of Fortnite are recruiting 113 people at the moment, according to their website, mostly for roles in engineering and shared services.

The gaming industry has been booming in recent months as people stuck at home turn to video game consoles in higher numbers for entertainment.

The makers of the popular e-sports platform League of Legends are hiring 160 people for roles at its office around the globe, including about 100 positions at its corporate offices in Los Angeles and the San Francisco Bay Area.

Twilio has about 300 global job listings, including at least 78 positions based in the US. The San Francisco-based cloud communications company's stock has soared recently, with more companies using its tech for text messages, emails and video calls.

New York City recently signed a deal with Twilio to use its tech to power its Covid-19 contact tracing initiative, according to a May 22 announcement.

GSK currently has 2,340 openings listed on its careers page, including hundreds of roles in its medical/clinical and science/tech divisions. The UK-based company recently announced plans to manufacture 1 billion doses of adjuvant next year for its industry partners to use as they test potential Covid-19 vaccines.

Adjuvants are ingredients used in vaccines to create a stronger immune response, according to the Centers for Disease Control and Prevention.

After completing its merger with United Technologies Corporation, Raytheon Technologies has about 3,000 openings it's looking to fill, mostly in engineering.

The aerospace and defense company cut $2 billion in costs and furloughed workers just a month ago, but spokesman Chris Johnson said the company's new talent acquisition effort has been fueled by growth in its defense business.

ManTech International recently secured a $20 million contract extension with the President Trump's US Space Force to provide launch systems engineering and integration services. The military contractor has thousands of job openings posted on its web page.