These are the schools reporting coronavirus cases within their athletic programs 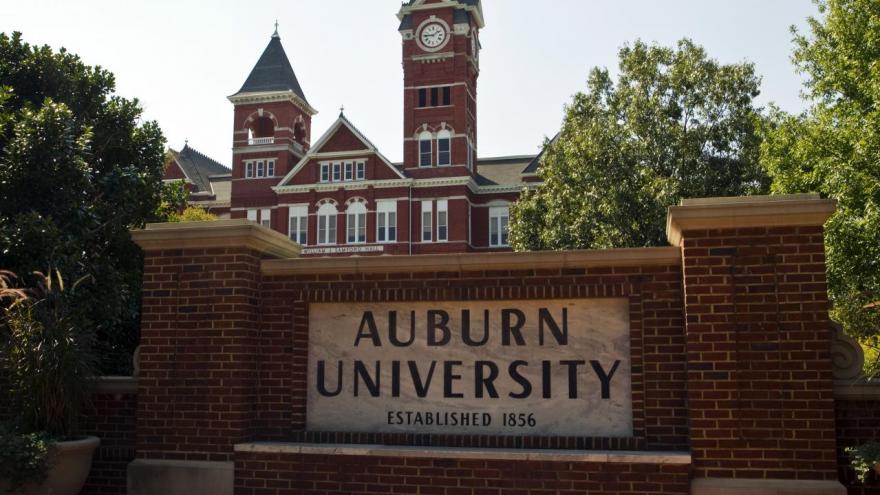 (CNN) -- The list of athletics programs in universities across the US reporting coronavirus cases is growing.

From Auburn University to the University of Central Florida, dozens of athletes have tested positive after returning to campus in recent weeks, prompting questions about the possibility of some college sports returning when the fall semester begins.

The NCAA began to allow voluntary athletics activities in all Division I sports in June, and the organization has said that all the formats, timelines and previously determined sites for fall championships remain unchanged.

"We continue to acknowledge the ongoing uncertainty about the spread of the virus and the different actions and approaches states are taking to address it may cause modifications to be made to the playing and practice seasons and the championships as matters progress," Lynda Tealer, Division I Competition Oversight Committee chair, said in a release.

"Further, we will remain nimble to react to a fluid and unpredictable environment in ways that protect the health, safety and well-being of student-athletes, coaches, administrators and spectators," she said.

Seven athletes from three of the school's sports programs tested positive in early June. All were asymptomatic and would remain in quarantine for 14 days, the university said.

Three football players from the university in Alabama tested positive, an Auburn athletics spokesperson confirmed to CNN. The three athletes were asymptomatic and placed in self-isolation in a dorm away from the rest of the team.

The Clemson athletics department said Friday that 315 student-athletes and staff have been tested for Covid-19 -- and that 28 of those tests came back positive, in a news release. Of those, 23 are from football players, a Clemson spokesman tells CNN. From those 23, two are from last week's initial round of testing.

"Thus far in the month of June, Clemson Athletics student-athletes and staff have completed 315 tests for Covid-19 with a total of 28 positive results," Clemson's press release states.

"Clemson has notified and isolated each of those individuals who tested positive for a period of at least 10 days. Close known contacts have also been asked to self-quarantine for at least 14 days. Most of the total cases have been asymptomatic, and none have required hospitalization. As community transmission continues throughout the area, it is advised that individuals monitor for symptoms.

"As the State of South Carolina and the Upstate continue to experience community transmission of Covid-19, individuals are advised to continue to practice non-pharmaceutical interventions, including face coverings and social distancing."

At least one football player tested positive for the virus, a spokesman for the program told CNN on Tuesday. The spokesman believed specific numbers could not be given out due to privacy protections.

The university reported one new case of Covid-19.

Dozens of members of the defending champion Louisiana State University Tigers football team have been placed in quarantine as a precaution against the spread of coronavirus after either testing positive for Covid-19 or being in contact with someone who did, according to reports from Sports Illustrated and ESPN, who both cite multiple sources.

Sports Illustrated, who was first to report this story, says that at least 30 of the team's 115 players were placed in quarantine this week.

LSU's senior associate athletic trainer Shelly Mullenix spoke with Sports Illustrated, and while she would not confirm how many players have tested positive for Covid-19, she did tell Sports Illustrated, "It's not surprising we're seeing the rise right now. It's a pandemic. We should not be shocked."

LSU has not yet responded to CNN's request for comment on this story.

The West Virginia school announced it had several athletes test positive for Covid-19.

The Ohio State Department of Athletics has paused all voluntary workouts "following the results of its most recent Covid-19 testing of student-athletes," the department announced July 8.

Linebacker Amen Ogbongbemiga, one of the three players, announced on Twitter he had tested positive after attending a protest in Tulsa.

"After attending a protest in Tulsa AND being well protective of myself, I have tested positive for Covid-19. Please, if you are going to protest, take care of yourself and stay safe," he tweeted.

He was one of 30 players on the football team to return to campus.

The athletic department on Monday confirmed recent positive tests for Covid-19 within the men's basketball program. It did not provide a number of affected athletes.

Several University of Alabama football players tested positive for coronavirus in early June, according to multiple reports, including Sports Illustrated and AL.com.

Of the 60 football players that returned to campus, three tested positive for coronavirus. The UCF Athletics Department said the student-athletes were in isolation but did not give details on their condition.

The University of Iowa Athletics Department said it has had three positive Covid-19 tests since testing of student-athletes, coaches and staff began in late May.

The people who tested positive must go into isolation, according to protocol established by the department and medical staff.

Voluntary workouts for student-athletes at the University of Houston have been suspended, according to a news release. The university said the decision was made on Friday after six athletes tested positive for Covid-19. The growing number of cases in the city of Houston was also a consideration.

"The impacted students have been placed in isolation and contact tracing procedures have been initiated following protocol," The statement said.

"As was contemplated prior to the return of student-athletes on June 1, UH Athletics is adapting its protocols to include repetitive Covid-19 testing as a component of any resumption of workouts on campus."

After 37 players and staff tested positive for the virus, the University of North Carolina has suspended the football program's voluntary workouts. The school says it administered 429 tests to players, coaches and staff with roughly 12% returning positive for coronavirus.

The University did not divulge the severity of symptoms of the 37 people who contracted the virus.

According to a spokesman from the University of Tennessee's athletics department, there's one student-athlete case.

"After testing several domestic members of our men's and women's basketball teams, one male student-athlete tested positive for Covid-19. With a plan already in place, our Sports Medicine staff immediately activated isolation and contact-tracing protocol in collaboration with the Knox County Health Department. We are encouraged by this affirmation that our procedures work."

The University of Texas confirmed on Thursday that 13 football student-athletes have tested positive or are "presumed positive" for Covid-19.

The statement released by the university added all 13 players are now self-isolating. 10 other football players will self-isolate due to contact tracing, "all of whom are asymptomatic at this time." The university has also revealed four other football student-athletes have tested positive for the Covid-19 antibody.

The 13 confirmed cases also include two positive cases which were reported in initial surveillance testing done by the university last week.

Two student athletes at the University of Wisconsin tested positive in June, and the next month that number reached seven. Wisconsin Athletics says it is isolating individuals who have tested positive, and the UW Athletics' Infection Response Team is monitoring their recoveries.