These are the people involved with the Ahmaud Arbery case 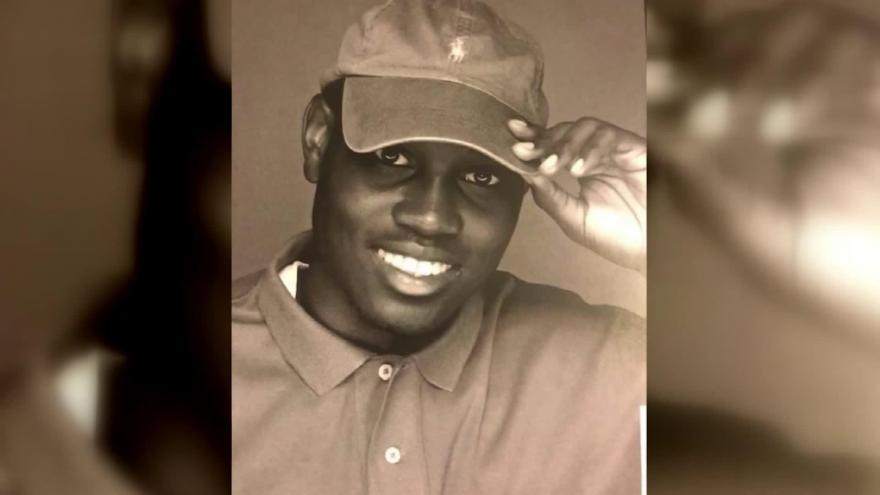 (CNN) -- It's been more than two months since Ahmaud Arbery was shot and killed in a south Georgia neighborhood, but in recent days the case has taken on new urgency as outrage over the killing has grown.

Along with the new attention is a dizzying number of people involved with the case, complicated by the fact that the file has landed on the desks of three different prosecutors.

Here's a breakdown of who's who in the Ahmaud Arbery case.

Arbery, 25, was killed February 23 while running through a neighborhood outside of Brunswick, Georgia, approximately 40 miles north of the Florida-Georgia border.

He's been described by those who knew him as a "very good young man."

"His heart was always in the right place. And he just loved people," his father, Marcus Arbery Sr. said on CNN's "New Day" Friday morning.

"I was always proud to be his older sister," Jasmine Arbery told CNN, adding her brother wanted to become an electrician. "He was easygoing, loving, generous, humorous and overall he showed that day he was brave."

A former high school football player, Arbery was known to go running, according to people who knew him. His mother, Wanda Cooper, told CNN this week he was not armed, and she never worried about him jogging because he wasn't bothering anyone.

But on February 23, two men got into a truck and pursued him. Not long after, there were three gunshots, and Arbery was dead.

Were he alive, Arbery would have turned 26 on Friday, May 8, the day after his alleged killers were arrested.

Gregory McMichael, 64, and his 34-year-old son, Travis McMichael were arrested Thursday in connection to Arbery's killing. They face charges of felony murder and aggravated assault, according to the Georgia Bureau of Investigation.

According to a police report, the elder McMichael said he thought Arbery looked like a suspect in a series of recent break-ins.

After they caught up, Travis exited the truck with the shotgun and a struggle ensued between him and Arbery. The elder McMichael told police his son shot Arbery after the latter attacked him.

A 36-second video appears to show the incident begins with Arbery approaching a stopped pickup truck. Gregory McMichael is in the bed of the truck and Travis McMichael is standing near the driver's side door.

Arbery approaches and he and Travis struggle with the shotgun on- and off-camera as several gunshots are heard. Blood appears on Arbery's white T-shirt, and he stumbles and falls in the road.

Gregory McMichael told police he rolled Arbery over to see if he had a weapon, according to the police report, which does not indicate one was found.

Almost the entire police report was based on the account of Gregory McMichael, who has ties to local law enforcement as a former police officer and former investigator for the Brunswick Judicial Circuit District Attorney's Office.

A lieutenant with the Glynn County Police told CNN no such string of break-ins was reported in the area in the weeks leading up to the shooting, though a 9 mm pistol was reported stolen from an unlocked truck outside the McMichael home on January 1.

CNN's attempts to reach Gregory and Travis McMichael have been unsuccessful. Both appeared in court Friday, but it's unclear whether they have legal representation.

It was William "Roddie" Bryan who filmed the incident, his attorney said in a statement Friday.

Bryan is listed in the police report as a witness.

The director of the GBI on Friday called the footage a "very important piece of evidence." Asked whether there could be more arrests, Director Vic Reynolds told reporters, "We investigate everybody involved in the case, including the individual who shot the video."

According to the attorney, Kevin Gough, Bryan "disclosed the existence of the videotape, and invited a responding Glynn County Police Officer to sit with him in his truck where they watched the video together."

Gough went on to say Bryan has been threatened and he and his family "live in fear despite the fact that Mr. Bryan has committed no crime and fully cooperated with the investigation into the shooting."

According to Gough, Bryan was unarmed at the time of the shooting.

Gough also told CNN's Chris Cuomo that his client had no relationship with the McMichaels despite what the community says.

"There is no relationship whatsoever between Roddie and the McMichaels," Gough said. "My client lives in that neighborhood, he's at his house minding his own business and things happen and in a matter of minutes his life has been changed forever."

"I would like say first of all I am very sorry to the family," Bryan told Cuomo. "I pray for them every night as well as my own family."

Joyette M. Holmes is the current prosecutor in the case. Holmes is a district attorney in Cobb County, just outside Atlanta.

"Our office will immediately gather all materials related to the investigation thus far and continue to seek additional information to move this case forward," Holmes said in a post on the Cobb County District Attorney's Facebook page. "We appreciate the confidence that Attorney General Carr has in our office's ability to bring to light the justice that this case deserves."

Holmes took over after the previous prosecutor, Tom Durden, requested her appointment because she had more resources.

"I appreciate District Attorney Tom Durden's involvement in the Ahmaud Arbery case," said Georgia Attorney General Chris Carr. "This case has grown in size and magnitude since he accepted the appointment on April 13, 2020, and as an experienced District Attorney, Tom has recognized that another office is better suited from a resource perspective to now handle the case. As a result, he has requested our office to appoint another District Attorney."

Prior to Durden, two other prosecutors recused themselves.

The Arbery case initially landed on the desk of the Brunswick Judicial Circuit District Attorney. But in a letter to the state attorney general's office dated February 27, that prosecutor said Gregory McMichael was a former investigator for her office and she recused herself.

The case went to George Barnhill, district attorney for the Waycross Judicial Circuit, who would eventually recuse himself as well -- but not before writing in a letter to police that he believed the McMichaels were within their rights to make a citizen's arrest of Arbery and that his office did not see grounds to arrest them.

Barnhill's letter questioned whether Arbery caused the shotgun to go off as he struggled with Travis McMichael, who would have been "allowed to use deadly force to protect himself," he wrote.

Barnhill in that letter said he recused himself at the behest of Arbery's mother, who claimed he had a conflict of interest because his son is an investigator with the Brunswick Judicial Circuit, where Gregory McMichael previously worked. Barnhill agreed to step down, but said he saw no conflict.

In a separate letter to the state attorney general, Barnhill said his son and Gregory McMichael had both been involved with a previous prosecution of Arbery while they worked for the Brunswick DA.

Because of this connection, Barnhill said he thought it best he recuse himself, too.

Next up was Durden, district attorney for the Atlantic Judicial Circuit of Georgia. He was the lead prosecutor for a month until Georgia's attorney general appointed Holmes, the Cobb County DA, because of an abundance of resources.

One of them is S. Lee Merritt, who helped bring attention to the killing of Jordan Edwards, a black teenager shot and killed by a police officer in suburban Dallas, and represented the family of Botham Jean, a young man killed by an off-duty police officer in his own apartment.

Benjamin Crump represents Arbery's father. Crump was also involved in the Jean case and has represented the family of Trayvon Martin, along with those of other black boys and men killed in officer-involved shootings.

Both have challenged authorities' handling of the Arbery case and arguments made in defense of the suspects.

Merritt dismissed claims the father-son duo were executing a citizen's arrest, saying "you actually have to be observing the crime or be in the immediate knowledge of the crime."

In a statement this week, Crump said it was "outrageous" that it took more than two months for the suspects to be arrested in Arbery's killing.

"We've been here before, whether it's Trayvon Martin or Tamir Rice or any other cases that were just unjustifiable, unnecessary deaths," Crump told CNN Friday evening. "They kill our children, they then try to assassinate their character. And I know that's what they're going to try to do with Ahmaud Arbery."

Correction: A previous version of this story misstated information in the police report about Ahmaud Arbery's killing. It does not indicate that he had a weapon.