These are the missile defense systems the US sent to Poland 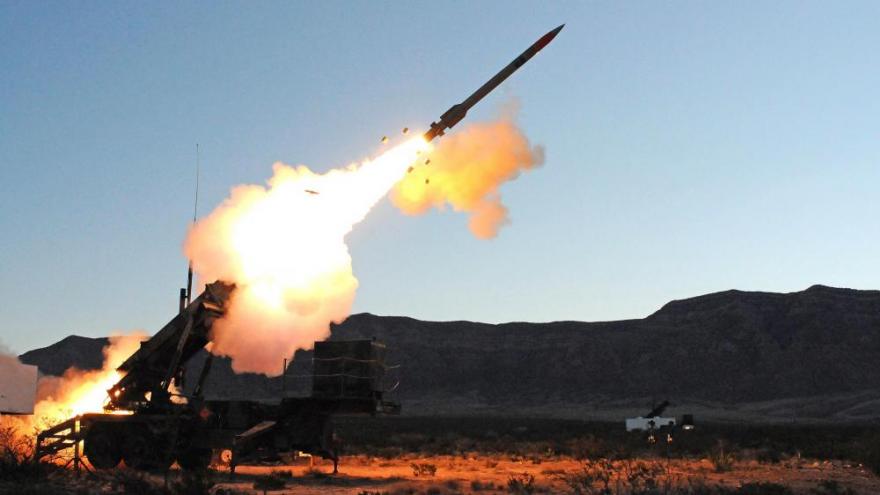 The two missile defense systems that the US delivered to Poland this week are part of a weapons system upon which the US military has heavily relied for nearly 40 years.

(CNN) -- The two missile defense systems that the US delivered to Poland this week are part of a weapons system upon which the US military has heavily relied for nearly 40 years.

The deployment, announced Thursday by Vice President Kamala Harris, is intended to deter Russia and boost Poland's security amid western concerns that the Ukraine conflict could spill into NATO-aligned nations.

The battery includes missiles and launching stations, a radar set that detects and tracks targets, and an engagement control station, according to the Missile Defense Advocacy Alliance.

The US, seeking to avoid direct involvement in Ukraine -- which is not a member of NATO and therefore not subject to the pact's collective defense agreement, in which an attack on one aligned nation is considered an attack on all -- has repeatedly stressed that the deployment is only for defensive purposes.

"This defensive deployment is being conducted proactively to counter any potential threat to U.S. and Allied forces and NATO territory," Capt. Adam Miller, spokesman for US European Command, said in a statement Tuesday. "This is a prudent force protection measure that underpins our commitment to Article Five and will in no way support any offensive operations."

The Pentagon's deployment of the Patriot missiles to Poland "wasn't precipitated by one single moment or one single issue or one single act by the Russians," US Defense Department press secretary John Kirby said on Wednesday.

The Patriot missiles had been moved from Germany for what Kirby described as a "temporary deployment."

Retired US Army Gen. Wesley Clark, a former NATO commander, called the deployment of the two batteries "prudent" and said the Patriot system would be able to intercept many of the missiles Russian President Vladimir Putin has deployed in Russia and Belarus, which borders Poland.

"So if there were to be a launch in some provocative way by Mr. Putin to attempt to intimidate us, these missiles have a very good probability of intercepting a Russian missile," Clark, now a CNN military analyst, told CNN's Brianna Keilar.

He added that the deployment of the equipment "gives reassurance to the Poles. It also tells Putin that he's not going to be necessarily so successful in trying to blackmail us with nuclear weapons."

A longtime mainstay of US military operations

The Patriot missile system has undergone several improvements and upgrades since it was first deployed in 1982. Its first combat use was in the Gulf War, which was also the first time that an air defense system had destroyed a hostile tactical ballistic missile. The Patriot system was also deployed in 2003 during Operation Iraqi Freedom and was successful in hitting nine incoming missiles, but also were involved in several friendly fire incidents.

In recent years, the US has sent Patriot missiles to Saudi Arabia and Iraq to counter threats posed by Iran and its proxies and to the Pacific region to deter North Korea.

Earlier this year, the US military, along with the United Arab Emirates, used the Patriot missiles to intercept attacks by Houthi militants on a military airbase where Americans were stationed and while the Israeli President was visiting the UAE.