There's a 50:50 chance the planet will pass the 1.5C warming threshold in the next 5 years 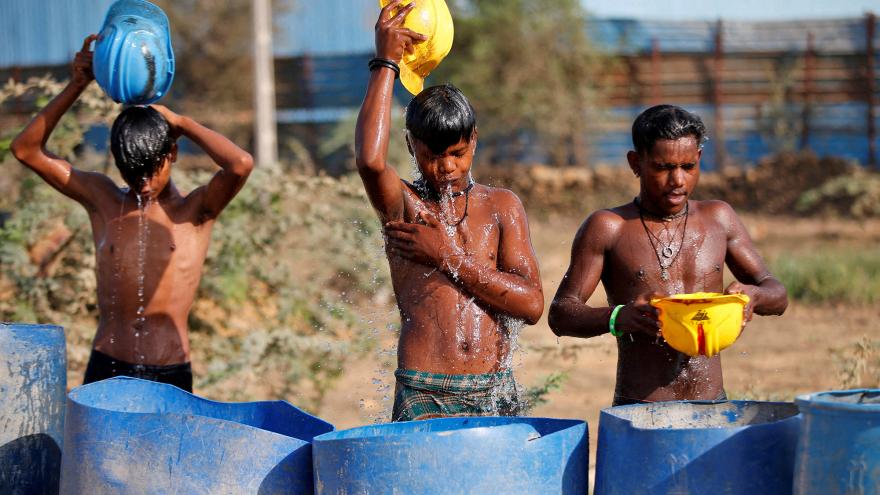 (CNN) -- There's now a 50:50 chance that the world will surpass a critical threshold of 1.5 degrees Celsius of global warming in the next five years, a new World Meteorological Organization report shows, warning of heating that could have devastating impacts on systems like coral reefs as well as Arctic ice.

The report says that surpassing the limit is likely to be temporary -- temperatures could come back down again -- but science shows that even a temporary overshoot could bring irreversible changes to the planet.

The report warns that at least one year between 2022 and 2026 will surpass the 1.5C mark and that there is a 93% chance that the period will see the warmest year on record. It's also almost certain that, on average, the next five years will be hotter than the last five.

In 2015, the chances of world temperatures temporarily exceeding 1.5C over the next five years were close to zero. Those odds have been inching up ever since as humans continue to emit greenhouse gas, primarily from the use of fossil fuels.

Scientists have warned that the world needs to limit global warming to 1.5C above the temperatures experienced before industrialization to avoid the more catastrophic effects of the climate crisis. In 2015, most of the world signed onto the Paris Agreement, aiming to limit temperature rise to 2C, but preferably 1.5C.

The world is already at least1.1 degrees Celsius warmer than it was before industrialization.

"This study shows -- with a high level of scientific skill -- that we are getting measurably closer to temporarily reaching the lower target of the Paris Agreement on Climate Change," WMO Secretary General Petteri Taalas said in a statement accompanying the Global Annual to Decadal Climate Update.

"The 1.5°C figure is not some random statistic," he added. "It is rather an indicator of the point at which climate impacts will become increasingly harmful for people and indeed the entire planet."

An authoritative climate report published in February by the Intergovernmental Panel on Climate Change (IPCC) said that some of the changes that could come as a result of the planet heating up by more than 1.5 degrees Celsius could be permanent -- even if the planet does cool back down.

Even at 1.5C, many of the world's coral reefs will be wiped out, and permafrost in some places could reach a tipping point. Permafrost is "permanently" frozen ground that lies under much of the Arctic, keeping huge stores of carbon dioxide (CO2) locked away. As it melts in warmer temperatures, it releases CO2 and adds to climate change.

"A single year of exceedance above 1.5°C does not mean we have breached the iconic threshold of the Paris Agreement," said Leon Hermanson from the UK's Met Office, which led the report, "but it does reveal that we are edging ever closer to a situation where 1.5 °C could be exceeded for an extended period."

The WMO report was published on the heels of heatwaves in India and Pakistan, which had experts questioning the ability for humans to survive in such high temperatures.

In the US, the largest manmade reservoir -- Lake Mead -- has seen water levels plunge to an unprecedented low over the last two months. Mead is a key source of water for millions of people across California, Nevada and Arizona.

In California, which is entirely in drought conditions, two of the state's largest reservoirs — Shasta Lake and Lake Oroville — are at "critically low levels," according to the US Drought Monitor.

The plummeting water levels at the lake are the result of a climate-change fueled megadrought in the American West. A study published by Nature Climate Change found the period from 2000 to 2021 was the driest in 1,200 years in the area.

"For as long as we continue to emit greenhouse gases, temperatures will continue to rise," Taalas said.

Ice sheet and glacier melt in the Arctic will lead to accelerated sea level rise, which could be both irreversible for centuries and disastrous for the planet as the risks of extreme flooding increase.

The report highlights how fast humans are warming the planet, said Andrew King, a lecturer in Climate Science at the University of Melbourne.

"Our greenhouse gas emissions are still at near-record highs and until we get emissions down to net-zero, we're going to continue to see global warming," he said.

Net zero refers to a state where the world reduces its greenhouse gas emissions as much as possible, and offsets any that are hard to avoid, whether through the use of technology or tree-planting to capture carbon dioxide from the atmosphere.

King added: "If we fail to take that action we will have much worse heatwaves and bushfire conditions as well as coral reefs that have been decimated beyond recognition."