There will be no Trump china collection due to cost and time, source says 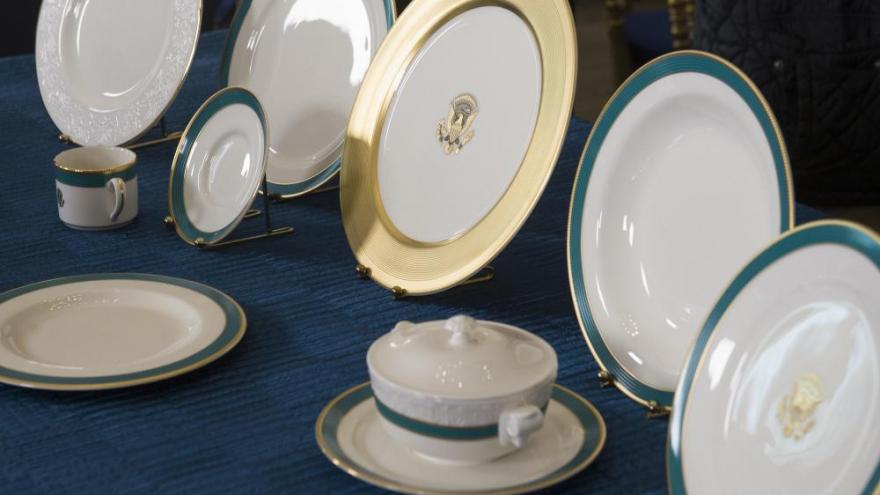 There will be no Trump china collection due to cost and time, a source says. Seen here, the Obama State China Service pictured in the White House in Washington, DC, on April 27, 2015.

(CNN) -- The Trump administration will not have its own signature collection to display in the White House China Room -- another departure from protocol for the outgoing first family.

Timing and exorbitant cost prevented outgoing first lady Melania Trump from following through on the collection, the patterns and colors for which she had selected, according to a source familiar with the events. Ultimately, the china took too long to make and cost too much, the source said.

Trump pulled the plug on the project at some point during the last six weeks, the source said.

A representative for Melania Trump did not immediately respond to a request for comment.

Each administration has the opportunity to design and have made its own official china collection, both for entertaining purposes and for legacy and future administrations to use -- with the exception of few, every administration since George Washington has done so.

The nonprofit White House Historical Association has paid for past official china collections with funds supplied by its donors, but another source involved in the discussions of the Trump china told CNN the association had "concerns" with the price tag and decided it was too expensive an endeavor.

A full official administration china service is expensive and an endeavor that takes significant time.

The Obama china, planning for which began in 2011, was delivered in 2015, the color inspired by the blue waters off of Hawaii. There were 320-settings of 11 pieces each, costing more than $350,000, paid for by the White House Historical Association.

Laura Bush's china selection totaled 4,500 pieces and cost $492,000, also paid for by the association. Bush ordered an additional, less-formal 75-place settings to use for entertaining in the private residence, which was not paid for by the White House Historical Association.

Trump most commonly opted to borrow place settings from the official Clinton china set for her White House events, the two Trump-hosted state dinners included. There are 300-place settings of apropos ornate, shiny gold plates and dishware selected by Hillary Clinton when she was first lady.