There have been multiple sightings of a hairy, venomous caterpillar in Virginia 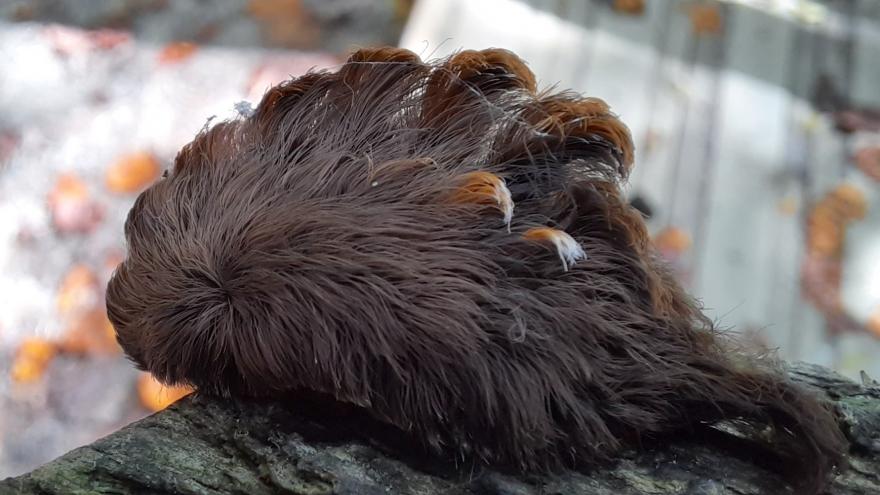 (CNN) -- It's small, hairy and you don't want to get anywhere near it.

It is considered to be one of the most venomous caterpillars in the US, and there have been multiple reports of the puss caterpillar appearing in "parks or near structures" in eastern Virginia.

The Virginia Department of Forestry is warning residents to stay away from the caterpillar because it has venomous spines across its thick, furry coat.

"There are little hollow hairs in that fluffy, hairy material," Theresa Dellinger, a diagnostician at the Insect Identification Lab at Virginia Tech University, told CNN. "It's not going to reach out and bite you, but if someone brushes up against that hair, it'll release toxins that you'll have a reaction to."

That reaction can include an itchy rash, vomiting, swollen glands and fever, according to the University of Michigan.

It'll also put you in a world of pain.

A Richmond, Virginia, resident described the feeling like a scorching-hot knife. A Florida mother said her teenage son began screaming when "stung" by one.

Why have there been multiple reports in Virginia?

The caterpillar isn't commonly found in the state. Sightings are more likely farther south, in states like Texas and Missouri. No one is entirely sure why there have been so many recent reports in Virginia.

"With changes in our climate, we're seeing some insects change their population," Dellinger told CNN. "But it's too soon to tell. Caterpillars, moths and butterflies all have cyclical periods, it's all about the right time, and the right conditions."

While scientists expect that the caterpillar's natural predators will help keep it in check, they'll intervene if its population size gets out of control.

So what happens if you find one?

Dellinger compares the puss caterpillar to a bee sting.

"If someone is susceptible to bee stings, treat it like one," Dellinger told CNN. "Go ahead and seek medical treatment, if you have had bad reactions to other insects in the past."

Dellinger also recommends monitoring the area for any signs of skin reddening or blistering. Victims should thoroughly rinse the area with soap and water, apply ice and take an aspirin for pain. If the pain is excruciating, head to the emergency room.

Virginia Tech also recommends using creams and lotions with steroids and quickly applying and removing adhesive tape to the area.