There are dads worse than you -- in the animal kingdom 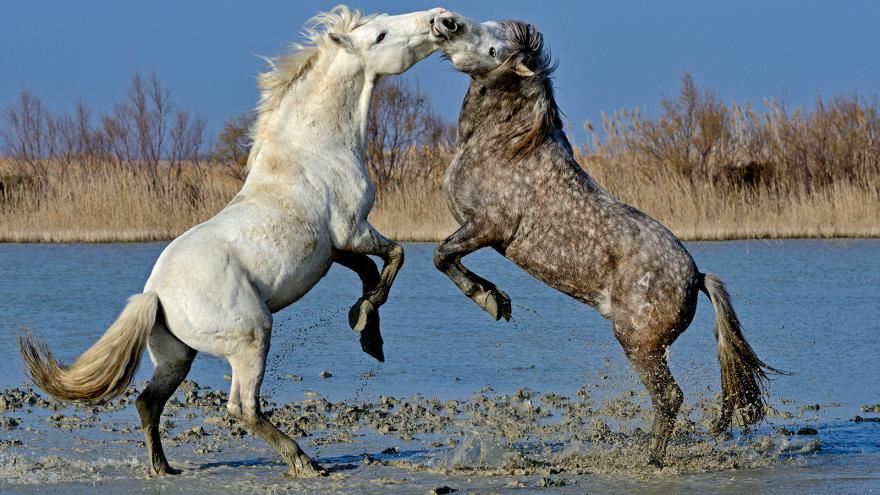 (CNN) -- If you're a father, you probably have experienced endless anxieties about whether you're doing enough for your kids while they're growing up.

What if your children inherit your negative habits? What if you let your kids watch too much television or feed them the wrong foods?

Worrying you're going to mess up is normal, and you will make mistakes -- but you can put things in perspective by knowing some parents are much worse than you, according to comedy writer Glenn Boozan's book "There Are Moms Way Worse Than You: Irrefutable Proof That You Are Indeed a Fantastic Parent." Priscilla Witte illustrated the book, which features a few "bad" animal fathers, too.

Questionable animal fathers include grizzly bears that eat their young when food is scarce, and lions that primarily stand guard and look tough while female lions venture out to hunt and kill.

"So when you feel exhausted, or there's too much on your plate, as long as you don't eat your baby? Yeah, you're doing great," Boozan wrote in her book. "When the panic rises, and the pressure starts to mount, remember that you're trying ... and that is all that counts."

Here are three other bad animal dads that might make you feel better about your parenting efforts this Father's Day.

"It's not just moms, some dads suck too! They're not all warm and snuggly," Boozan wrote. "A pipefish dad will eat his kids if he thinks that they're ugly."

Male pipefish can get pregnant and give birth, but their interest in being nurturing fathers might only last during the pregnancy. A key factor in this decision-making might be how the male pipefish feels about the mother of his offspring, Texas A&M University researchers found in 2010.

A male pipefish that was fond of a female partner with which he had mated was more likely to be nurturing toward their offspring, the researchers discovered. Male pipefish that were less interested in the pipefish mothers were less nurturing toward their young, investing fewer resources in them. Pipefish fathers have also been known to absorb nutrients from some of their embryos, effectively cannibalizing them, according to a 2009 article in the journal Proceedings of the Royal Society B.

"Horses seem like super dads, but, eh, they're not the best," Boozan wrote. "They'll threaten other horses' kids and kick them straight to death."

If a stallion is able to breed lots of offspring, he has a genetic advantage over other stallions, according to Good Horse, a horsemanship forum led by horse trainer and behavioral consultant Diamanto Mamuneas. But since a stallion can't give birth, he can't ever be fully sure that all the foals in his vicinity are his -- which can be stressful since stallions invest lots of time and resources into caring for and protecting their offspring when they could be mating or eating. And as the colts mature, they become competition for the stallions in the mating pool.

Caring for rivals' offspring is futile, so stallions have evolved strategies to prevent having to raise colts unrelated to them -- including killing young foals, according to research published in the journal Applied Animal Ethology.

"The poison dart frog dad is less a 'hit' and more a 'miss,'" Boozan wrote. "To keep his eggs from drying out, he'll sometimes use his piss."

Poison dart frog dads guard their offspring for 10 to 18 days, occasionally urinating on them to protect them from predators and keep them moist.

The eggs require "significant additional moisture to avoid" desiccation, according to Animal Diversity Web, an online zoology resource produced by the University of Michigan's Museum of Zoology.

Many parenting books are geared toward selling things, Boozan said, to make readers feel like they're better parents.

"I wanted to sell them things to make them feel like they're a fine (parent), and they don't need to buy any of that other crap," she added.

"Buying a specific swaddling blanket or a different kind of Binky isn't going to make you a better or worse parent," Boozan said. "I think you're going to be a great parent no matter what if you try your best. My goal was to alleviate those fears, if only for a moment with a little bit of laughter."