The world's second biggest movie theater chain is in trouble 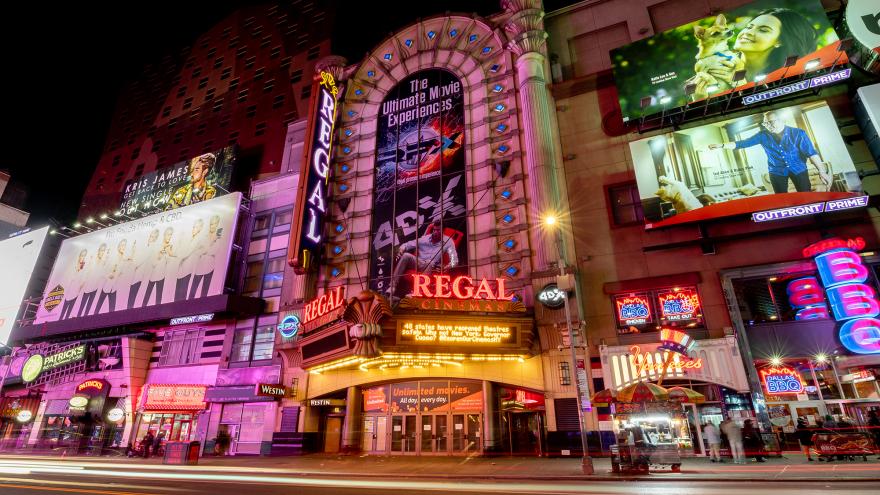 (CNN) -- The owner of Regal Cinemas is having a tough time — its stock crashed as much as 80% Friday after reports that its parent company is preparing to file for bankruptcy.

British company Cineworld Group has spoken to lawyers at Kirkland & Ellis LLP to advise on the bankruptcy process in the United States and United Kingdom, according to a report by the Wall Street Journal.

The stock has recovered slightly, but is still 60% below its price at the start of Friday trading.

Earlier this week, Cineworld said in a press release that, despite a "gradual recovery of demand" since last spring, admissions were below expectations.

The company blamed a limited roster of films for the lack of moviegoers, a situation it expects to continue until the end of November.

The chain, which owns more than 500 movie theaters across the US, is exploring how to reduce its debt obligations, which it warned would "likely result in very significant dilution of existing equity interests" for shareholders.

Cineworld has struggled to stay afloat during the pandemic, when it was forced to close its movie theaters worldwide. It suffered a $2.7 billion loss in 2020, and $566 million loss in 2021.

It is a similar story for other movie theaters. So far this year, revenues at the US box office are nearly 30% lower than before the pandemic, according to Comscore despite a big rebound, a media data company.

Cineworld declined to comment to CNN Business on the reports that it is considering filing for bankruptcy. Kirkland & Ellis LLP did not immediately respond to CNN Business' request for comment.