The world's oldest living man is 112; his secret is to just keep smiling and never get angry 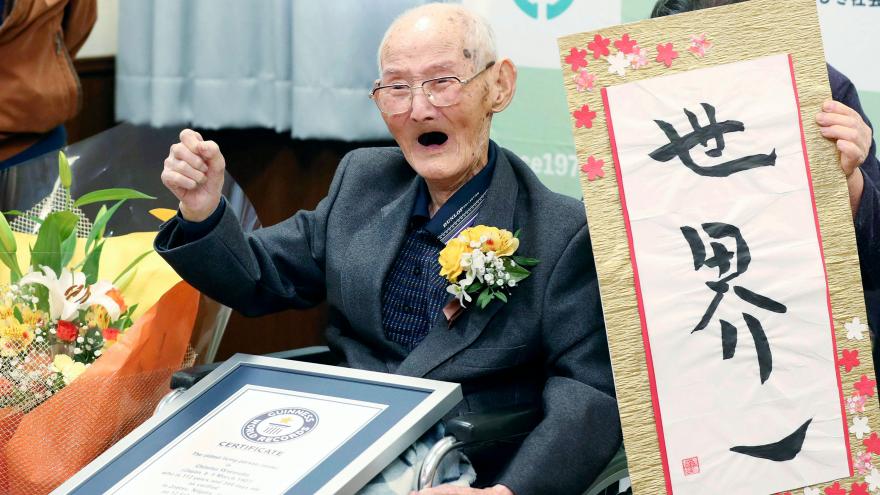 (CNN) -- Chitetsu Watanabe turns 113 next month, but he got an early birthday present from Guinness World Records, which confirmed that he is the world's oldest living man.

He was presented with a certificate on Wednesday at the nursing home where he lives in Niigata, Japan -- he's 112 Years, 344 days old, according to Guinness.

Watanabe made a calligraphy banner for the occasion that says "World No. 1."

In an interview last year, Watanabe said his secret to longevity is "not to get angry and keep a smile on your face."

He also loves sweets, like brown sugar, but he mostly enjoys things like custards and the filling in cream puffs these days because he's lost his teeth.

Watanabe was born on March 5, 1907, and was the oldest of eight children.

He worked for a sugar company for many years, before working in a Japanese government agriculture office until he retired, Guinness said. He was also in the military in 1944 near the end of World War II.

He had five children.

Watanabe was an active gardener and grew fruits and vegetables until he was 104 and grew and exhibited bonsai trees until 2007.