The women of NASA are looking to the lunar horizon 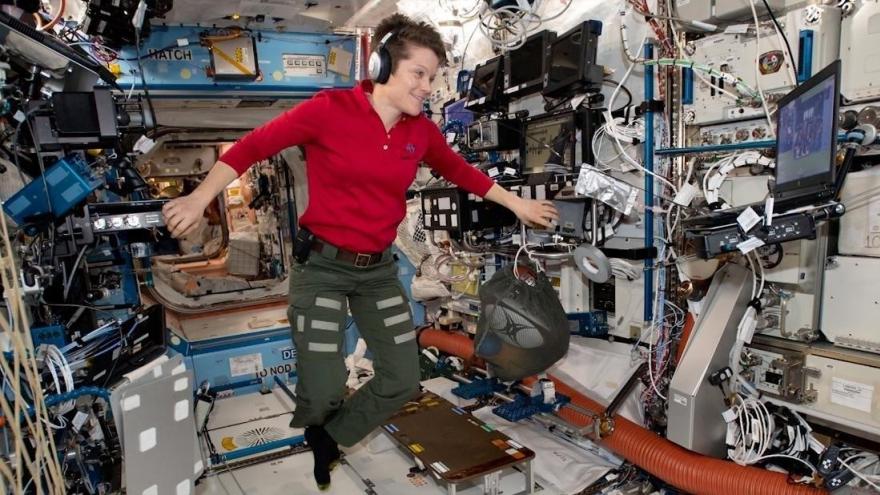 Growing up, Holly Ridings, Anne McClain and Nujoud Merancy dreamed of space. But they didn't let those dreams rest to become flights of childhood fancy. Now, all three women work at NASA.

(CNN) -- Growing up, Holly Ridings, Anne McClain and Nujoud Merancy dreamed of space. But they didn't let those dreams rest to become flights of childhood fancy. Now, all three women work at NASA.

McClain is an astronaut who just returned from a six-month stint on the International Space Station. Merancy is the Exploration Mission Planning and Analysis lead for the Orion spacecraft that will be part of the Artemis mission in 2024. And Ridings is the first female chief flight director.

And they're all working toward the goal of landing the first woman on the moon by 2024.

Ridings remembers watching shuttle launches in her elementary school cafeteria, but her classmates didn't seem interested. Then, the Challenger exploded, and she remembers thinking, "I want to make that better." She couldn't articulate this need at the time, but it became the backbone of her career: exploring and achieving the hard goals.

At the time, she didn't think about it, but upon reflection, Ridings realized that many of her math and science teachers were female.

She pursued a degree in mechanical engineering and had mentors who had worked for NASA. It showed Ridings the balance of engineering with the human side of the space community. She learned how important it was to build a team that could work together seamlessly while incorporating different skill sets, and that leadership could unite them for successful missions.

In 2018, Ridings was announced as the first female chief flight director at NASA. She is responsible for all of the agency's human spaceflight operations, including the International Space Station, commercial crew vehicle operations and upcoming launches. No two days are the same. She works with partners, meets with her team in Mission Control and makes sure the space agency is ready to confront the unknown and fly.

It sounds simple, but the goals carry weight: flying humans safely and successfully in space, mission success and returning them safely back to Earth.

If something unexpected happens, Ridings thrives in the chaos. It goes back to her focus as a child: solving complex problems. "That energizing aspect of having problems just around the corner to solve is really what keeps us current and motivated and our excitement level high," she said.

Ridings has thought about what she'll say to her team on the Apollo 11 anniversary; they'll be in Mission Control, launching astronauts to the space station. The legacy of the Apollo program looms large as they eye its twin, Artemis, in the coming years.

"We have a phrase here, referring back to those guys and Apollo: 'We stand on the shoulders of giants.' But what I want to tell my flight directors is that now, we are those giants. We can influence the entire human spaceflight world. We have to be hard on ourselves, to be conscious of what we change. And through that, we're making a tremendous impact."

Ridings is making an impact as well, whether she knows it or not, as the first woman to take on the role.

"You don't think about it every day," she said. "It has been an honor, and it has been an education for me how much the world needs that. I take that role seriously to represent as a female."

McClain knew that she wanted to be an astronaut at the age of 3. She looked at her mother and said as much, and her mother never discouraged her. If anyone else tried to tell McClain she couldn't be an astronaut, her mother would say that their opinion didn't matter because they didn't work at NASA.

McClain also knew that she wanted to serve her country. She graduated from West Point in 2002, commissioned as an Army officer. During her tour of duty in Iraq, she flew more than 200 combat missions. She has spoken about the fact that she thrived in the Army, being judged on her merit and what she contributed to her units.

"It actually prepared me to be an astronaut," she said. "Being able to hit limitations, push through and keep going. You can excel at multiple things. I was able to play rugby up until becoming an astronaut."

She also attended US Naval Test Pilot School and graduated in June 2013 at the same time she was selected as a NASA astronaut candidate, one of eight people in the 21st astronaut class. At 40, she's the youngest member of the astronaut corps.

Her training included T-38 flight training, water and wilderness survival training, space station instruction, robotics and scientific and technical briefings. She completed her training in 2015 and served as the flight engineer on the International Space Station from December 3 to June 24.

During her 204 days in space, McClain worked on hundreds of experiments, including small devices that replicate human organ function and editing DNA in space for the first time. She completed two spacewalks. And the entire time, she reminded anyone tuning in to her mission that pursuing your passion is the best thing you can do.

McClain just returned to Earth after her six-month stay on the space station, but she's also one of the 12 female astronauts who could be the first woman on the moon.

"Who are we if we stop exploring?" McClain asked in a recent NASA video. "Every day is the intersection of the magical and the technical. There are moments you step back and realize we're working off the planet in microgravity in one of the most unforgiving environments known to mankind. It's really incredible."

In second grade, Merancy went on a school field trip to tour an air traffic control tower and knew that she wanted to work in aerospace. She was also inspired by the Apollo missions, although she says she was always disappointed that women wouldn't be going to the moon. It inspired her to be an explorer and understand what made it possible.

Now, she gets to send the first woman to the moon.

Merancy is the Exploration Mission Planning and Analysis lead for the Orion program, something she calls a once-in-a-lifetime opportunity.

"You only get to build lunar launch vehicles for the first time once," Merancy said. "Even though I won't be the first woman, putting one on the moon is a personal victory."

Orion is the capsule that will take four crew members to the Gateway, which acts like an aggregation point in space. Then, a lander will take the crew to the lunar surface. Because each piece has a specific purpose and can be reused, it's a sustainable approach to "returning to the moon for good," as NASA Administrator Jim Bridenstine announced this year.

It's about building an entire capability, one that will also enable a mission to Mars. So the stakes are high.

The Apollo program was expensive and designed to land in equatorial regions on the moon. Its vehicles had a 14-day lifespan.

The Artemis program is different in every way. It's more flexible and sustainable, allowing multiple chances to land in the same place on the moon and establish a habitat. But this also makes the demands higher on the vehicles used for Artemis.

Merancy's days are filled with keeping track of the many capabilities of the program, tracking power, thermal and propulsion and making it all fit together. She works with a large team. And the very real goal of returning to the moon is on the horizon.

Working on Orion early on, there was talk about returning to the moon, but it was uncertain. Merancy and her team kept plugging away, knowing that when this vehicle was needed, it would be ready. "It's like 'Field of Dreams': 'Build it and they will come,'" Merancy said. "It's really exciting now that we're getting close to flying."

Merancy looks forward to the day when we see the moon up close again and when science resumes, investigating the intriguing aspects of the moon we've yet to unlock.

But something about the moon also throws a different focus on the Earth.

"There's a hopefulness about this mission," Merancy said. "I'm hoping when we fly, it has a unifying benefit. Earth is so small, and it's the only home we have. The moon would be difficult to live on, and Mars isn't sustainable for human life. I hope as we get to the moon and turn around to see the Earth, it inspires people to work together better."