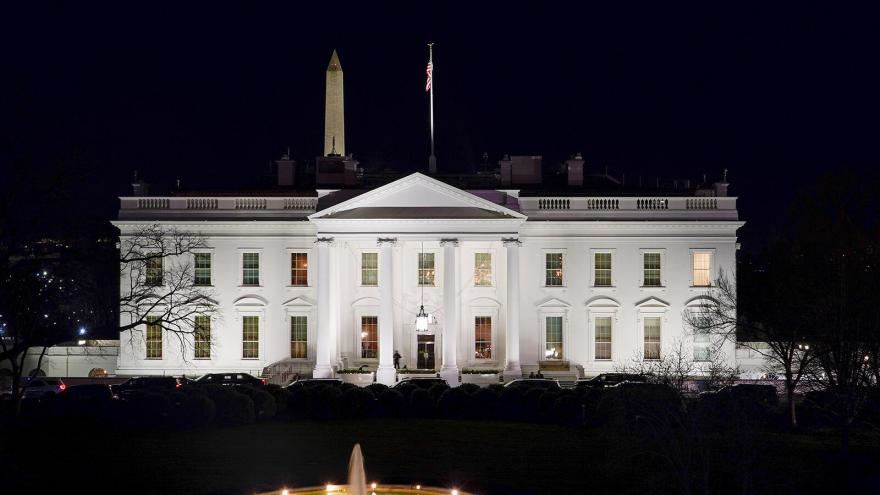 The White House is seen on Inauguration Day.

(CNN) -- A new feature on the relaunched White House website contact form allows people to choose their own pronouns, reflecting the new administration's commitment to diversity.

The change did not go unnoticed -- it was shared widely on Twitter, including by LGBTQ civil rights organization Equality California which wrote, "In this @WhiteHouse we respect pronouns."

"On Day One, the Biden administration has taken immediate steps to include trans, nonbinary, and gender nonconforming people in the conversation," GLAAD President and CEO Sarah Kate Ellis said in a statement. "Pronouns matter, and adding inclusive pronouns to a contact form is more than just a demonstration of allyship."

"Research has shown that recognition and respect of our pronouns can make all the difference for our health and wellbeing -- especially when it comes to LGBTQ youth," Ellis added.

"President Biden and Vice President Harris are proud be building an administration that reflects the diversity of our country and is inclusive of all Americans, and the White House is proud to be welcoming of all people regardless of their gender identity," White House spokesman Matt Hill said.

Biden has vowed to be a champion for inclusivity -- and his picks for the country's top leaders could make history, if confirmed, for the most diverse presidential Cabinet.

A CNN analysis found 50% of Biden's nominees for Cabinet positions and Cabinet-level positions are people of color -- more than former President Barack Obama's, who held the previous record for diversity with a Cabinet that was 42% people of color.

And earlier this week, Biden nominated Dr. Rachel Levine to serve as assistant health secretary. Levine would make history as the first out, transgender federal official to be confirmed.

"Dr. Rachel Levine will bring the steady leadership and essential expertise we need to get people through this pandemic -- no matter their zip code, race, religion, sexual orientation, gender identity, or disability -- and meet the public health needs of our country in this critical moment and beyond," Biden said in a statement about the pick.