The Washington Redskins are reviewing their name. These other teams could be next 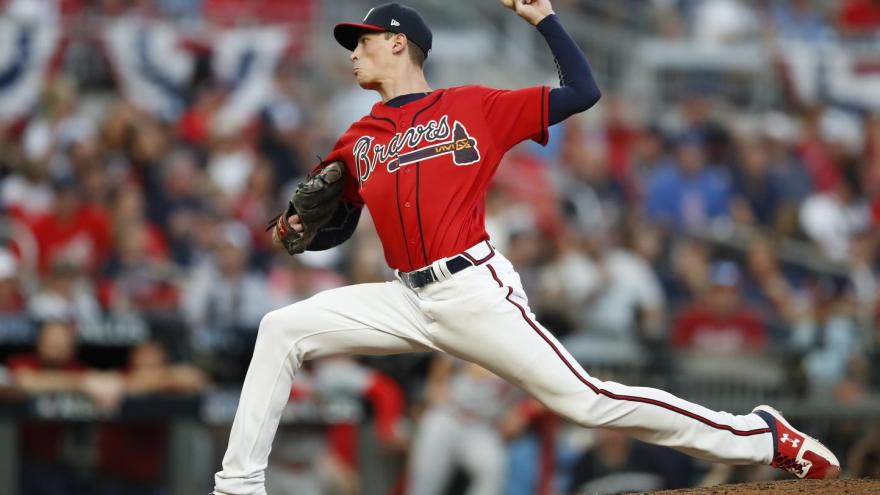 MLB's Atlanta Braves defended their name and did not address a potential name change in their response to CNN's questions.

Native American leaders have long criticized sports teams for relying on racist caricatures, stereotypes or, in the case of the NFL's Washington Redskins, an ethnic slur.

"If the leagues want to offer more than empty words in service of their profits, if they really want to live by the values they claim to have, they must ban Native mascots, team names, insensitive gestures and the subsequent racist behavior of fans," wrote Crystal Echo Hawk, founder and executive director of the native-led nonprofit organization IllumiNative.

The Washington Redskins and the Cleveland Indians have already pledged to reexamine their names, but they are not the only teams facing similar issues. Here's a look at the sports teams who may decide to make changes soon.

The NFL's Washington Redskins announced on Friday they will review their name, long denounced by Native American groups as an ethnic slur and a derogatory reference to skin color.

"In light of recent events around our country and feedback from our community, the Washington Redskins are announcing the team will undergo a thorough review of (its) name," they said in a statement. "This review formalizes the initial discussions the team has been having with the league in recent weeks."

"This issue is of personal importance to me and I look forward to working closely with (team owner) Dan Snyder to make sure we continue the mission of honoring and supporting Native Americans and our Military," said head coach Ron Rivera.

The review, and likely name change, is a long time coming.

Once known as the Boston Braves, founder George Preston Marshall changed the team's name to "Redskins" in 1933 to avoid confusion with baseball's Boston Braves.

Efforts to change the name date at least as far back as 1971-72, as The Washington Post's Dan Steinberg has documented. Native American groups have consistently pushed the team to change its name, including in protests in 1992, lawsuits in 1999 and 2009. In 2013, amid renewed calls for a name change, owner Dan Snyder told USA Today he would "never" do so.

Last month, the team removed Marshall's name from a facade in FedEx Field. Additionally, a monument to Marshall was removed from outside the Redskins' former home, Robert F. Kennedy Memorial Stadium.

Marshall was well known for opposing integration of the NFL and didn't sign an African American to the roster until 1962 -- 16 years after the league started signing Black players.

Vincent Schilling, a Mohawk journalist who has covered sports and writes on Native American culture, said the name started with the Boy Scouts' honor society Tribe of Mic-O-Say, which was created by Harold Roe Bartle in 1925.

Bartle was not Native American, but he went by the name "Chief Lone Bear" or just "Chief" in his Mic-O-Say organization.

Bartle later became the mayor of Kansas City, Missouri, and helped convince Lamar Hunt, the owner of the Dallas Texans football team, to bring the team to Kansas City. The name "Chiefs" was chosen in Bartle's honor.

Over the years, the team has taken on the stereotyped actions and costumes of Native Americans. Fans sometimes perform a tomahawk chop or wear feathered headdresses. In the 1970s and 80s, the team's mascot was a man in a ceremonial Native American outfit atop a horse named Warpaint.

The mascot has since been retired in favor of an anthropomorphic wolf. Still, the team opens each game with a cheerleader riding a horse named Warpaint, while hitting a giant, native-style drum embellished with the team's logo, an arrowhead.

On Friday, the MLB's Cleveland Indians said they were taking a look at the path forward for its team name.

"We have had ongoing discussions organizationally on these issues. The recent social unrest in our community and our country has only underscored the need for us to keep improving as an organization on issues of social justice," the team said.

"With that in mind, we are committed to engaging our community and appropriate stakeholders to determine the best path forward with regard to our team name."

Cleveland previously removed its "Chief Wahoo" logo, a racist caricature of a Native American character, from their uniforms after the 2018 season.

The "Indians" name was chosen by the team and a group of baseball newspaper writers in 1915.

Though the exact story of its origin is unclear, the name was partly based on the contemporary success of the Boston Braves, who won the 1914 World Series, as well as on Louis Sockalexis, a former Native American baseball star in Cleveland who died in 1913, according to Cleveland Magazine.

MLB's Atlanta Braves defended their name and did not address a potential name change in their response to CNN's questions last week.

"The Atlanta Braves honors, supports, and values the Native American community. That will never change," the statement said.

"The Atlanta Braves relationship with the Native American community goes back many years and over the past several months, we have created an even stronger bond with various Native American tribes, both regionally and nationally, on matters related to the Braves and Native American culture."

The team also said it held meetings with its Native American Working Group to collaborate on issues and "amplify their voices and show our fans they are still proudly here."

The baseball team, originally based in Boston, became the "Braves" in 1912 under new owner James Gaffney. Gaffney was affiliated with the Democratic Party's political machine of Tammany Hall, which had an Indian in headdress as its emblem.

Atlanta's logo is of a tomahawk, and fans often perform a tomahawk chop with foam cutouts and chants. The motion started at Florida State University but was adopted by the Braves in 1991 following the signing of former FSU three-sport star Deion Sanders.

The chiefs of tribal nations that once inhabited Georgia have said the tomahawk chop is insensitive and inappropriate. In the 2019 playoffs, St. Louis Cardinals pitcher Ryan Helsley, a member of the Cherokee Nation, criticized the tomahawk chop as disrespectful.

"I think it's a misrepresentation of the Cherokee people or Native Americans in general," he said.

McLaughlin was a commander with the 333rd Machine Gun Battalion of the 86th Infantry Division -- nicknamed the "Blackhawk Division" after the Native American warrior Chief Black Hawk of the Sauk tribe -- during World War I, according to the team.

The team's logo, largely unchanged since 1959-60, is of a large Native American head with feather headdress and face paint. The team's mascot, though, is a bird known as "Tommy Hawk."

The Chicago Blackhawks Foundation had previously partnered with the American Indian Center of Chicago (AIC) to educate the public about American Indians, but the AIC ended that agreement in 2019.

"Going forward, AIC will have no professional ties with the Blackhawks or any other organization that perpetuates harmful stereotypes," they said.

Two college sports teams with Native American names say they have the tribe's approval to do so: the Florida State University Seminoles and the University of Utah Utes.

By a student body vote in 1947, Florida State became the "Seminoles," for the lone Native American tribe that never signed a peace treaty with the United States government.

The university says that an early mascot and costumes were based on inaccurate stereotypes, but in recent decades the school has been more intent on portraying the Seminoles respectfully.

In 2005, the Seminole Tribe of Florida's Tribal Council issued a resolution supporting FSU's use of the Seminole name.

"FSU considers it a great privilege to represent a group of people whose courage and spirit we admire and respect," the schools says online. "Through the years, the administration has made it clear the university will not engage in any activity that does not have the approval of the Seminole Tribe of Florida."

At FSU football games, a student portrays "Osceola," a famed Seminole warrior, riding the Appaloosa horse "Renegade" to midfield and planting a flaming spear in the turf. The university says that the clothing worn by "Osceola" is sewn by women of the Seminole tribe.

Starting in the early 20th century, the University of Utah's sports teams went by various nicknames, including "Indians," "Utes," "Redskins" and "Redskin Braves," and used a caricature mascot known as "Ho-Yo." The university retired "Ho-Yo" in 1978 and officially adopted "Utes" as the team name with the approval of the tribe, according to the university.

"The Ute Indian Tribe is pleased to continue its partnership with the University of Utah," Luke Duncan, chairman of the Ute Indian Tribal Business Committee, said in March. "This agreement renews our shared commitment to building genuine respect and understanding of our tribe's history, as well as our goal to support our youth in pursuing their education."