The US will now break out jobs data for Native Americans 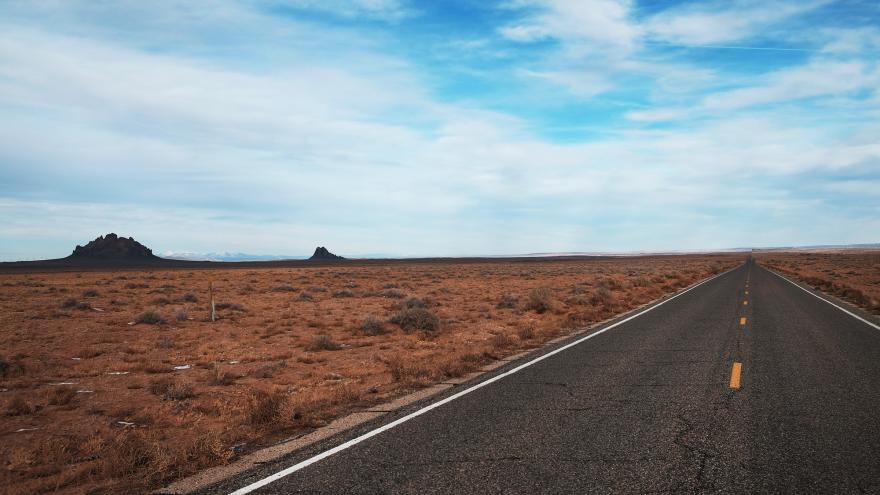 (CNN) -- In May 2020, the Bureau of Labor Statistics delivered the worst US jobs report on record: 20.5 million jobs had been lost in the previous monthandthe national unemployment rate had hit 14.7%. More data followed showing how Black and Hispanic Americans (with jobless rates of 16.7% and 18.9%, respectively) were getting hit much harder by the pandemic than White workers (14.2%), further widening the wealth gap in the US.

But until last month, one stark detail remained unpublished:Native Americans saw their jobless rate soar even higher than any of these groupsto astaggering28.6% that April.

While the monthly jobs report regularly breaks out the unemployment rate for Asian,Black,Hispanic, and White Americans, data specific to Native Americans — classified by the agency as American Indians and Alaska Natives — has never been included.

Given the comparatively small population of American Indians and Alaska Natives in the US, the sample sizes of survey respondents meant that the monthly data collected from the Department of Labor and Census Bureau's Current Population Survey was volatile and not adequately reliable, the BLS explained. So the data was instead included in broader annual and semi-annual reports on topics such as race and ethnicity.

"We examined the estimates to see if publishing the monthly data would add to the understanding of the AIAN labor force," Patrick Carey, assistant commissioner for the Office of Current Employment Analysisat the BLS, told CNN Business. "Despite the high volatility, we ultimately thought the data did."

Although the data for indigenous populations still won't be part of the monthly jobs report (because it isnot seasonally adjusted), having data highlighted and published more frequently online is a win for both visibility and real-world progress, said Gabriel R. Sanchez, co-founder of the Native American Budget and Policy Institute at the University of New Mexico, where he is also a political science professor.

In November, Sanchez, who also serves as a governance studies fellow at the Brookings Institution, co-authored a report on the economic health of Native Americans. That report highlighted the absence of timely employment data and why it was important to start reporting and tracking it going forward.

"Native Americans are largely left out of the important discussion when it comes to economic well-being in the United States — another form of erasure for a group that must continually contend with marginalization and exclusion in US society," the authors wrote.

That lack of current data proved especially harmful during the pandemic, which disproportionately affected minority and indigenous populations, they noted. Without up-to-date data on a key population, government intervention and assistance will likely suffer, Sanchez told CNN Business in an interview.

The Brookings report, as well as requests from President Joe Biden's administration,playeda role in the agency reconsidering its past approaches, said Carey.

While the BLS publishes some estimates for Native Americans in its yearly report on labor force characteristics by race and ethnicity, there are some analytical benefits from releasing the data more frequently, he said.

"You can kind of see some clear trends with the monthly data," Carey said. "You just have to be careful about knowing that the data are volatile."

The BLS released side-by-side comparisons of the seasonally adjusted monthly unemployment rates for the total population and Native Americansgoing back nearly 20 years. When viewed as a whole, the data show that the indigenous populations' non-seasonally adusted jobless rate is consistently above the national average, sometimes by a factor of two.

The data also showed the dramatic spike in unemployment and sustained double-digit jobless rates for indigenous Americans during the first year of the pandemic.

"It's disheartening to see the effects of the economic shock in the early parts of the pandemic for indigenous workers," said Casey Lozar, director of the Center for Indian Country Development at the Federal Reserve Bank of Minneapolis and member of the Confederated Salish and Kootenai Tribes.

Native Americans have a larger share of jobs in the services sector than other populations, contributing to higher unemployment rates, Lozar said. In addition, geographic and systemic economic pain points -- such as a lack of child care infrastructure -- play outsized rolesin rural and tribal areas, he said.

In the absence of frequent federal data drops, the CICD has sought to serve as a repository of economic information for the nation's indigenous populations during the pandemic. Utilizing what was available via the BLS and Census, in addition to conducting surveys with tribal leaders and community members, the center launched a labor market dashboard and this year announced a long-term initiative and expansion of the center to collect and analyze new economic data sets.

Lozar said these efforts and the efforts from the BLS are positive steps toward addressing a "data desert."