The US is officially out of the Paris Climate Agreement. Here's what could happen next 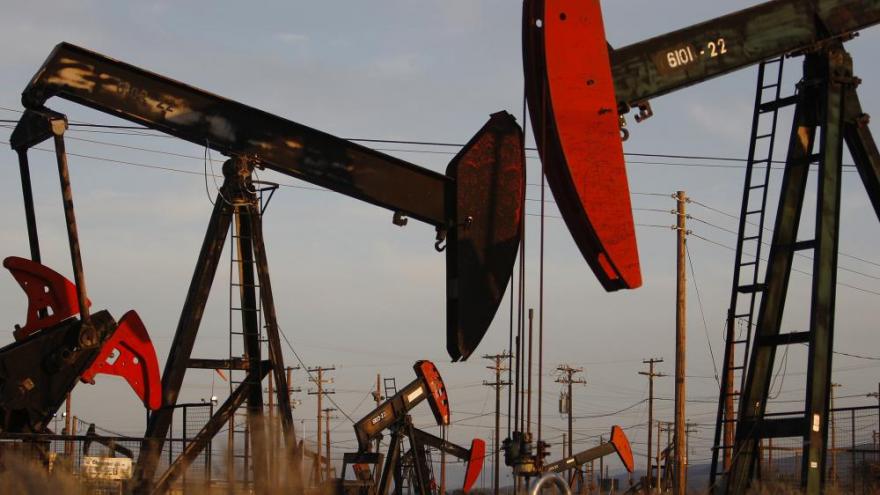 The US officially backs out of the Paris Climate Agreement.

(CNN) -- The US became the first country to officially exit the Paris climate accord Wednesday, the landmark agreement aimed at protecting the planet from the worsening impacts of the climate crisis.

But depending on the result of the presidential election, the US could swiftly rejoin with Democratic candidate Joe Biden pledging to reverse President Donald Trump's decision to abandon the accord which was ratified by 189 countries.

After a year that's seen record-breaking wildfires and a seemingly unending stream of hurricanes strike the Gulf Coast, the US is now the only country to formally pull out of the deal since it was adopted in 2015.

Under the rules of the agreement, a country cannot officially leave for one full year after notifying the UN of its intent to withdraw. The countdown to the US' exit began on November 4, 2019, when the US sent notice of its plans to leave.

In some ways, today's exit is a mere formality. Trump first announced his plans to get out of the agreement more than three years ago, and his administration has shown little interest in rejoining the global climate fight.

Still, the US could get back into the agreement.

Whether it does -- and what the trajectory of future global warming looks like -- will likely both hinge on the outcome of the election.

Trump has given no indication that he intends to rejoin the accord if he wins a second term, and his administration has spent much of the last four years unwinding regulations aimed to reduce the US' heat trapping gas emissions.

Meanwhile, Biden has promised to reenter the agreement as soon as possible after his inauguration if he wins the election, and his $2 trillion climate plan calls for the US to reach 100% clean electricity generation by 2035.

Biden intends to rejoin if he wins

If Biden wins, he could submit a notice to the United Nations after his inauguration on January 20 that the US intends to reenter the agreement, and just 30 days later, the US would officially be back in.

When the US joined Paris under the Obama administration, it pledged to cut its emissions by 26 to 28 percent compared to 2005 levels by 2025.

But analysis shows the US is nowhere near hitting those targets.

Experts say getting back in would be the easy part. Charting a path to substantially lower the country's emissions and -- more importantly -- meeting those goals, is a bigger challenge.

Under the rules of the accord, countries are expected to enhance their commitments to curb greenhouse gas emissions every five years. Before the pandemic postponed a major UN climate summit, 2020 was supposed to be the next mile marker for countries to increase their pledges.

If the US were to reenter, it would be expected to announce more ambitious reductions to achieve by 2030, and outline detailed plans for how it will hit those goals, according to Andrew Light, a former senior climate official in the Obama administration's State Department.

Light expects that Biden would no doubt use executive actions and push to include clean energy funding in a new stimulus package next year if he wins the presidency. But beyond that, the results of other 2020 races could again come into play.

Even in a scenario where Democrats maintain control of the House and capture a narrow Senate majority, a possible Biden administration could have trouble passing comprehensive climate legislation without some Republican support.

"That's what we'll all be waiting to see," Light said. "And that will determine how hard it is for Biden to put together a legislative package that can get Americans back to work with clean energy jobs and also demonstrate to the world that we are truly back in."

Biden would also face the tall task of rebuilding US credibility when it comes to climate action, experts say.

This is now the second time the US has bailed on an international climate agreement after it led the negotiations. The first exit was from the Kyoto Protocol, a previous climate pact joined during the Clinton administration, only to be vacated during George W. Bush's presidency.

"If Biden wins, he's going to have to go through a process to rejoin Paris," Light said. "Part of it will be straightforward, and part of it won't because the US reputation has already been damaged on this issue."

Top emitters besides the US remain signed up

If Trump wins reelection and does not reenter the agreement, experts expect to see the US sidelined even further from the international community.

All of the world's other major superpowers and top greenhouse gas emitters -- including China, India, the European Union, the UK, Japan, Russia and Brazil -- are among the 189 countries who are still part of the agreement. The US is joining a small minority of non-participants, including Iran, Libya, Iraq, Turkey and a few other small nations.

Domestically, we should expect a continuation of the trends we've seen over the last four years, where efforts by states like California and New York to slash emissions come into conflict with the Trump administration's efforts to rollback regulations, according to Jonathan Pershing, a former special envoy for climate change at the US Department of State during the Obama administration.

"The question is will the federal government preempt or limit states' capacities to act?" Pershing said. "And there's every indication that they intend to do that."

By leaving Paris, Light says the US is also forfeiting a huge economic investment opportunity -- estimated to be worth $23 trillion in the 21 top emerging market economies through 2030 alone.

And in purely scientific terms, the US' absence is a huge blow to the fight to confront global warming.

The US is the world's second-largest emitter of greenhouse gases, and without the country meaningfully reducing its own emissions and pressuring other nations to set more aggressive goals, it will remain a tall task to achieve net-zero emissions by around mid-century.

The goals of the Paris Agreement are to limit global warming to well below 2°C and pursue efforts to limit it to 1.5°C.

But the worsening climate-fueled disasters of the last few years planet have occurred at barely more than 1°C of warming.

"We used to think ... that warming of 2°C was a huge problem, but that if we could stay below that, we could avoid the worst of the damage," Pershing said. "We're now seeing the damages starting today and getting much, much worse. And people increasingly think we've got to have a greater degree of urgency and rapid action that they might have thought even as little as four years ago."