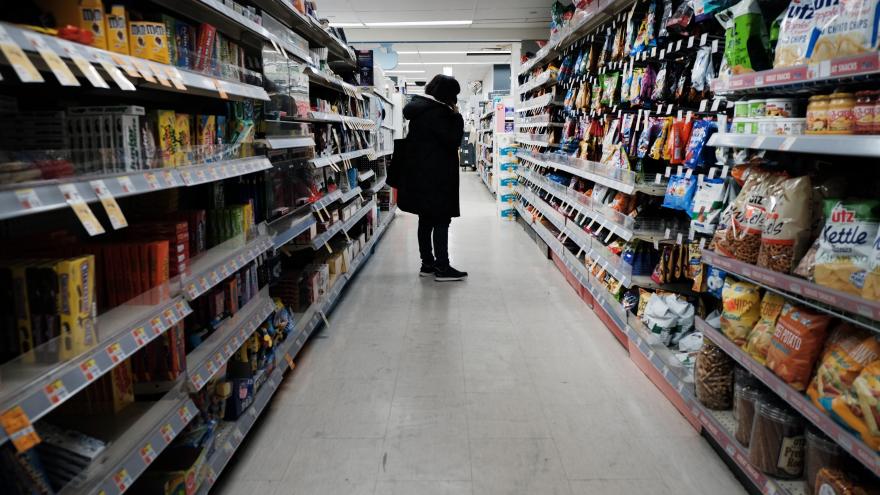 (CNN) -- Investors are gearing up for bad news on the economy, with the latest GDP reading expected to show US economic growth plunged to 1.1 % in the first three months of the year.

America's economic activity, measured by gross domestic product, is forecast to have only grown at an annualized pace of 1.1% in the first quarter of the year, according to consensus expectations from Refinitiv. The Federal Reserve Bank of Atlanta's GDPNow model forecasts a seasonally adjusted annualized growth rate of only 0.4% as of Wednesday -- a drop from 1.3% as of mid-April.

If either forecast proves correct, it would be a steep drop compared with the 6.9% growth pace in the final quarter of 2021 and would make it the worst three-month period since the pandemic recession in the second quarter of 2020.

Economists had predicted that growth would eventually slow down from the pace seen during the great reopening. But even compared with pre-pandemic times, when the US economy grew steadily at a more moderate pace, something as low as1% would be disappointing.

So how did this happen?

For one, companies rebuilt their inventories in the final three months of last year, which boosted economic activity. But this petered out in the first quarter of 2022, according to economists from Action Economics.

The quarter also began with the Omicron wave of the coronavirus, surging infections and renewed restrictions aimed at containing the virus. While the effects were short lived, the longer-term impact is only now becoming apparent.

Americans also had soaring prices to worry about, not to mention Russia's invasion of Ukraine that sent gas prices through the roof. In March, retail sales data from the Census Bureau showed that overall sales were only boosted by spending at gas stations, where sales jumped nearly 9%.

It's stressing an important point: So far, US consumers are still spending freely, but much of that appears down to ubiquitously higher prices rather than increased consumption.

Even though Americans still have pent-up savings from the lockdown days of the pandemic, inflation levels not seen in 40 years don't exactly make people go on extravagant shopping sprees.Eventually, this reality will catch up with US economic growth, which needs healthy consumer spending.