The US economy grew at an annual rate of 6.5% in the second quarter 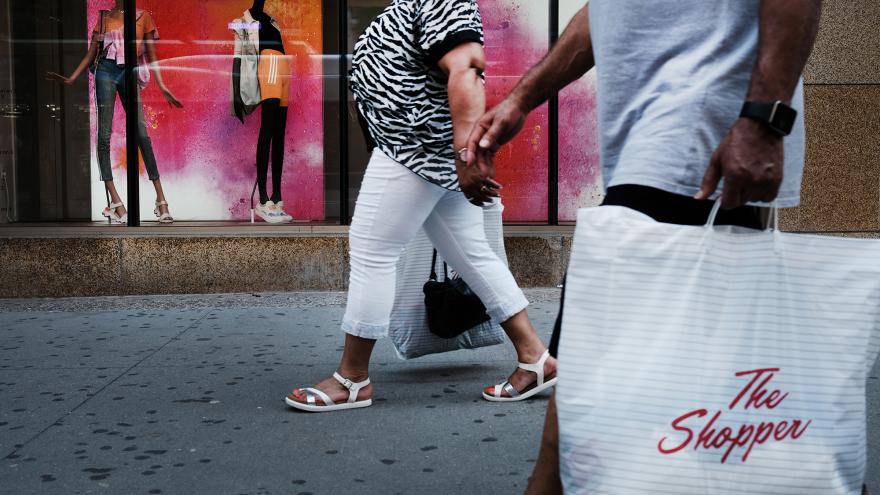 (CNN) -- The US economy in the second quarter expanded at a slower rate than expected but still at its fastest pace since last fall, growing at a seasonally adjusted, annualized rate of 6.5%.

In terms of real gross domestic product — the broadest measure of economic activity — the economy has now recovered in that has grown bigger than its pre-pandemic size.

Earlier this month, the National Bureau of Economic Research designated the pandemic recession as the shortest on record, lasting just two months: March and April 2020.

The economy grew less than expected between April and June this year, as economists had forecast an annualized growth rate of 8.5%, and it was also little changed from the first quarter when the economy grew at an annual rate of 6.3%.

Nevertheless, it was the biggest jump in growth since the nation roared back in the third quarter of 2020 from the lockdown-driven recession.

The acceleration in the recovery was spurred consumer spending, not least spurred by the last round of stimulus checks, as well as the reopening of the economy and continued vaccination effort that allowed Americans to take part in public life safely again. Consumer spent more on services, particularly on dining out and traveling.

Driven by the same dynamics, measures of inflation included in the GDP report rose throughout the spring.

For example, the price index that tracks personal consumption expenditures rose to 6.4% in the second quarter, its highest level since 1982. Stripping out more volatile items like food and energy the price index stood at 6.1%, the highest reading since 1983.

Price increases are rampant. But the Federal Reserve continued to call the inflation spike temporary during Wednesday's monetary policy update, with Chairman Jerome Powell saying extreme price hikes were confined to just a few sectors that were particularly affected by the pandemic.

But the GDP report also pointed at the underlying factors driving prices up: "Supply constraints and labour shortages mounted, suggesting a downward revision to our outlook," said Sal Guatieri, senior economist at BMO. Inventory investment and government spending decreased in the second quarter.

While consumer spending was strong enough to offset the drags on the recovery, "it's clear the latter headwinds are slowing the economy's momentum," Guatieri said.