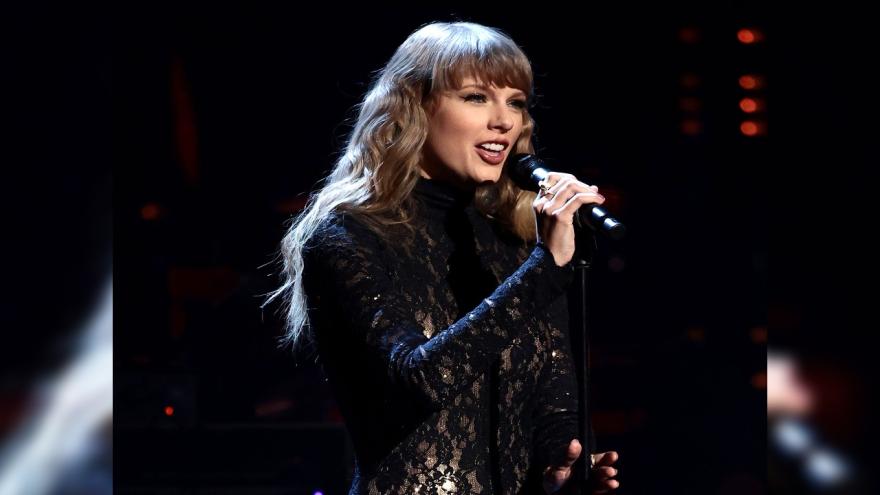 The University of Texas at Austin is giving students a chance to study Taylor Swift lyrics alongside works by such literary icons as Shakespeare, John Keats and yes, Robert Frost.

The school is offering an undergraduate course -- "The Taylor Swift Songbook" -- this fall as part of its liberal arts honors program. It comes on the heels of a Swift-themed class at New York University last spring that ended with the singer as the commencement speaker.

English Professor Elizabeth Scala told CNN that she picked Swift because the pop star writes her own music and her lyrics can help illuminate similar techniques from classic poetry.

"This is a course on her songs as literary writing and the ways a popular and award-winning writer uses the same literary devices, figures, and tropes of traditional poetry in her work," she said. "It is not about celebrity or fame."

Students will study Swift's songs alongside the writings of Western literature greats.

"They'll be asked to analyze and contextualize common practices and problems across the centuries," Scala said.

Scala is a self-described Swift fan and said her goal is to teach literary traditions through a contemporary lens.

"I want to take what Swift fans can already do at a sophisticated level, tease it out for them a bit with a different vocabulary, and then show them how, in fact, Swift draws on richer literary traditions in her songwriting, both topically but also formally in terms of how she uses references, metaphors, and clever manipulations of words," Scala said.

"I'll be showing students that these operations and interpretive moves one makes when reading her songs are appropriate to all forms of writing."

This being 2022, Scala also has set up an Instagram for the class on which she posts Swift trivia and poses questions to fans.

The class will mostly focus on songs from Swift's recent albums, but students are free to bring up older songs for discussion, Scala said. With most of the lyrics posted online and the songs available on Apple Music or Spotify, students don't have to buy music for the class, she said.

The course also will address topics such as gender, authenticity, fans' influence on artists and writers, and how language history and linguistic traditions enrich the reading experience, Scala said.

"I think it's important to connect the curriculum to the present, but I'm not willing to cede the past. This is my way of sneaking the older material back in with relevance," she added.

In 2015, UT Austin introduced a class titled, "Beyoncé Feminism, Rihanna Womanism" to explore Black feminism. Other universities also have made headlines for courses centered on pop stars, including the University of Copenhagen's "Beyoncé, Gender and Race" and a University of South Carolina sociology course dedicated to the work of Lady Gaga.