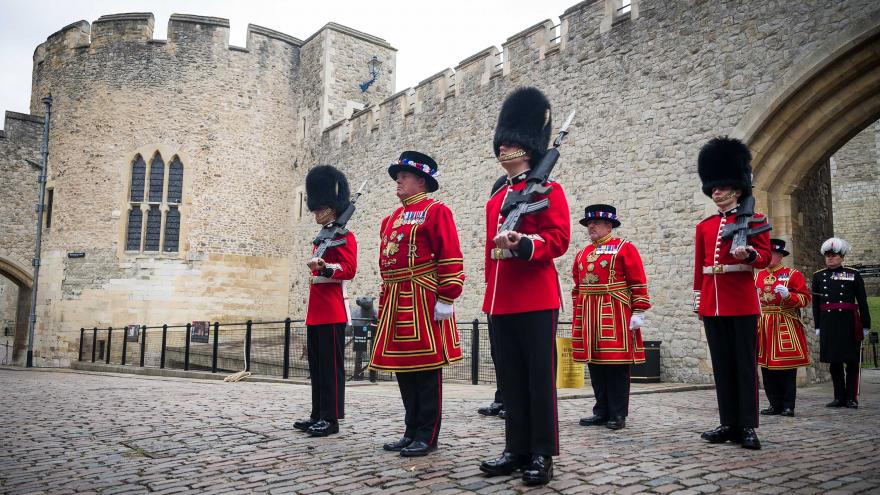 (CNN) -- Some of the 37 serving Beefeaters are set to lose their jobs as part of cost-saving measures in the wake of the coronavirus shutdown, according to a statement from Historic Royal Palaces (HRP), which administers the Tower.

John Barnes, HRP's chief executive, said visitors generate 80% of the organization's income, and coronavirus measures have dealt a "devastating blow" to its finances.

"We have taken every possible measure to secure our financial position, but we need to do more to survive in the long term," Barnes said in a statement. "We simply have no choice but to reduce our payroll costs."

HRP introduced a voluntary redundancy schemein June, which closed last week, according to the statement, but there was no confirmation of how many of the guards had registered their interest.

There is likely to be a compulsory redundancy scheme in the future, according to the statement.

"Should any Yeoman Warders be made redundant, we will put measures in place to ensure that they have a smooth transition out of the Tower and make sure they have the necessary notice periods," added HRP, which said it believes this is the first time the guards have ever been made redundant.

"Clearly it's an absolutely unprecedented situation -- they are valued staff and we have been forced into this position out of circumstance rather than choice," the statement says.

Beefeaters live on site at the Tower of London and provide guided tours of the fortress, which has stood in the city for more than 900 years.

The Yeoman Warders were formed after the 1485 Battle of Bosworth on the order of King Henry VII, according to the Royal Family website.

It's the UK's oldest extant military corps, and the oldest of the royal bodyguards.

To wear the famous red and gold uniform, a prospective Yeoman Warder must have at least 22 years' service in the British armed forces, ranked as a warrant officer or senior non-commissioned officer. Candidates must also hold a Long Service and Good Conduct medal.

The Tower of London was established around 1078 by William the Conqueror -- the first Norman king of England. Now it's a tourist hotspot that saw more than three million visitors a year until the coronavirus lockdown forced it to close for almost four months. It reopened on July 10.