The tourist attractions you can't visit in 2022 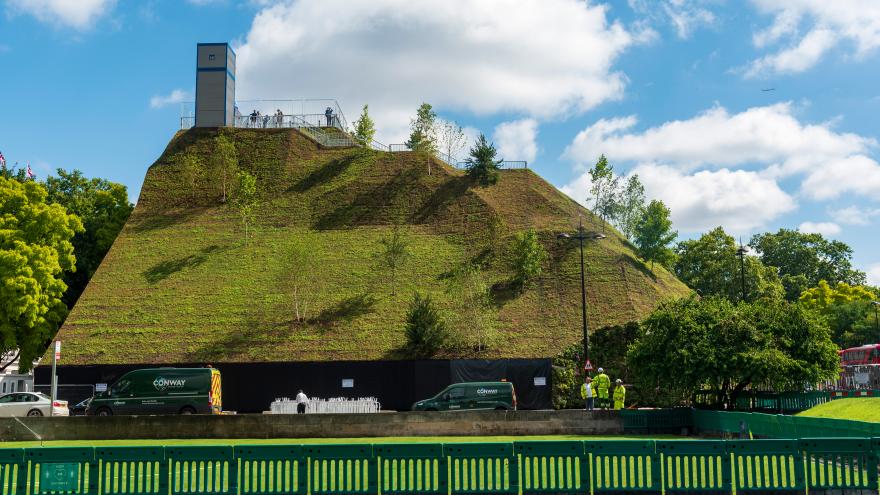 (CNN) -- While many of the world's most popular tourist destinations are expected to reopen to travelers in 2022, there are still some places that will be off-limits.

Some of these iconic spots are undergoing construction or upgrades that will make them even better when they do reopen, while others are doing the tourism equivalent of sailing off into the sunset for good.

Don't worry, though -- we have backup plans and alternative options for all of these places.

This popular museum in the US capital is in the midst of a massive seven-year renovation where "all 23 exhibitions will be completely reimagined, with new presentation spaces and attractions."

Some of this work has been done while tourists were visiting, but the museum will close for at least six months in 2022 to enter the next phase of the transformation. By the time the work is complete, there will be space for some 1,400 new objects.

Plan B: The Smithsonian manages multiple museums throughout Washington, including the Hirshhorn Museum and Sculpture Garden and the National Museum of African American History and Culture. Most of them are within walking distance, too.

A beautiful hiking path on Oahu sometimes called "the stairway to heaven," the Haiku Stairs have been plagued by overtourism.

Although the stairs were officially closed to the public in the 1980s, that hasn't stopped plenty of hikers from sneaking onto the stairs and sometimes injuring themselves.

This fall, the Honolulu City Council voted unanimously in favor of removing the staircase for good. It is expected to be dismantled in 2022.

Plan B: Hawaii has plenty of beautiful -- and less risky -- hikes on its islands. If you're already on Oahu, consider the Ehukai Pillbox Hike instead.

One of Manhattan's grande dame hotels -- it's where Mad Men's Don Draper lived following his divorce from Betty -- welcomed its final guests in 2020 after nearly making it to the one-century mark.

Plan B: As New York City reopens, check out -- or check into -- another classic Midtown hotel, like the Plaza (just across the street from Central Park) or the Knickerbocker (in Times Square). The Roosevelt building is still there, so you can go by and check out the architecture for now.

The 57th-floor sightseeing spot in the city center quietly closed amid the coronavirus pandemic, citing the lack of tourists to the City of Brotherly Love.

Plan B: For Instagram-ready scenic views of Philadelphia, the nearby City Hall Tower Observation Deck will do the trick.

One of the steepest roads in Scandinavia, the Stalheimskleiva Trail connects two picturesque waterfalls in the UNESCO World Heritage-listed Nærøydalen Valley.

The road, which is also known for its hairpin turns, is undergoing much-needed maintenance work in 2022. There isn't a confirmed re-opening date at present.

Plan B: There is no shortage of beautiful outdoor spots in Norway. Try the "Nordic beach islands" of Lofoten or the remote northern island of Fleinvær to stay in wooden cabins surrounded by unspoiled nature.

London has plenty of things to see and do, but locals were excited to welcome a new attraction in July 2021. Though the attraction was billed as a lush outdoor retreat with public art and views of Hyde Park, the end result was derided on social media as "an unfinished pile of rubble."

Despite some bumps along the way, Marble Arch Mound reopened in August and will close permanently in January 2022.

Plan B: Greenwich in southern London is home to the Royal Observatory. In addition to seeing the Prime Meridian and Cutty Sark ship, the walk through Greenwich Park up to the Observatory provides beautiful views of the city.

Asia and the Pacific

Okay, this is cheating -- Fraser Island hasn't gone anywhere, but it has returned to its Aboriginal name of K'Gari. The name means "paradise" in the local Butchulla language.

Plan B: This picturesque island is still living life as usual. Queensland -- and the rest of Australia -- is slowly reopening to foreign tourism in 2022, so start planning your trip now. In other words, Plan B is Plan A.

Japanese artist Yayoi Kusama is famous for her enormous polka-dotted pumpkin sculptures. One of the most famous is a bright-yellow one on the dock of Naoshima, the "art island" perched in the Seto Inland Sea.

In August, a strong typhoon swept the pumpkin into the sea. The Benesse Art Site, who manages the museums on the island, managed to recover the pieces, but it's not clear if and when the pumpkin will be displayed again.

Plan B: Many of Kusama's beloved "infinity room" installations are at museums and galleries around the world, including the Tate Modern in London and the Broad Museum in Los Angeles. There is also a small museum dedicated to her work in Tokyo.

One of Hong Kong's most easily recognizable attractions is the Peak Tram, which ferries visitors up to the island's highest point. The red metal cars made their debut in 1989, the 100th anniversary of the original funicular.

Now, though, it's time for another iteration. The tram closed for refurbishment in June 2021 and there still isn't a firm date for when it will reopen.

Plan B: The good news, though, is that there are plenty of other ways to access the Peak while the tram is out of operation -- buses, taxis and private cars are all permitted, and there are several easily accessible hiking trails.