The surprisingly simple technique that can turn deserts green 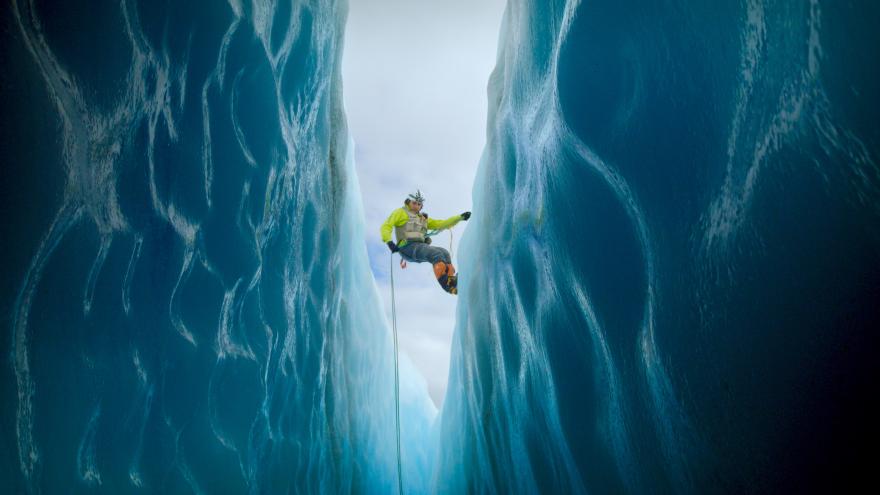 (CNN) -- When I was training to be a journalist, the best piece of advice I got was KISS -- keep it simple, stupid.

It's a principle allegedly coined by the late Kelly Johnson, one of theworld's greatest aircraft designers, who onceengineered Cold War spy planes. He believed a few tools should be able to fix even the most complex machines.

The simplest approach is usually the best, whether you're talking about writing a news story, building an airplane or, in the case of one of this week's discoveries, turning deserts green.

Bunding, an ancient and low-tech building technique, is having a profound impact on degraded land in two disparate places.

In Tanzania, farmers using bunds -- barriers that, at their most basic level,are simply mounds of earth -- havetakenparched, overgrazed and eroded land and turned it green. The barriers trap water running off the ground and allow it to penetrate the earth.

Grass seed sown inside the bunds grows, and over time greenery extends beyond them, dramatically transforming the landscape.

Similar techniques are restoring peatlands,waterlogged landscapes that hold vast stores of carbon in thesoil, in Northern Ireland, potentially improving the quality of drinking water there.

Lost cities can have a powerful pull on the imagination, and archaeologists working in Iraqi Kurdistan believe they may have identified the location of one.

The team believes the ruins could have been part of a lost royal city called Natounia. The community was part of Adiabene, a minor kingdom that paid tribute to the neighboring Parthian Empire, which extended over parts of Iran and Mesopotamia.

The city is known onlybecause of scant details gleaned from rare coins, but the archaeologists carefully pieced together clues found during their digs at the ancient site.

The Patagonian ice dragon is what scientists call an extremophile, or an organism that can live in extreme environments.

It's a fitting name for an insect that lives on the ice of the Andes Mountainsin South America. The diminutive insect is rare because the glaciers it calls home are rapidly melting due to global warming. Entomologist Isaí Madríz is scrambling to learn everything about the mysteriousinner workings of the endangered species, including why it's highly unlikely you will spot a young ice dragon.

His quest is featured in the new CNN docuseries "Patagonia: Life on the Edge of the World," which explores one of the wildest places on Earth. Catch the latest episode at 9 p.m. ET/PT Sunday. Every new episode of the six-part series will be available on CNNgo the day after it airs on television. You can also access CNNgo in our CNN app.

Black holes are powerful cosmic phenomena, but they don't emit any light. This means finding one can involve several years of detective work for astronomers.

Researchers known as the "black hole police" after debunking previous discoveries say they have found a particularly elusive type of black hole outside our galaxy for the first time.

Located in the Large Magellanic Cloud, a neighboring galaxy, the newly detected space object is at least nine times the mass of our sun. Called VFTS 243, it orbits a hot, blue star weighing 25 times the sun's mass, making it part of a binary system.

The astronomers said they are confident their discovery is watertight.

A sharp-eyed diner at a restaurant in China's Sichuan province has discovered dinosaur footprints that are 100 million years old.

The prints in the restaurant courtyard belonged to two sauropods -- plant-eating dinosaurs known for along neck and tail, according to paleontologist Lida Xing of China University of Geosciences in Wuhan, who was contacted by the diner.

Rapidly developing China is enjoying a golden age of dinosaur discoveries, but Xing said that paleontologists like him have to be quick off the mark. He tries to verify any potential discoveries spotted by the public within 48 hours for fear they may get destroyed by construction work.

In this case, he got lucky. The restaurant owner has fenced off the site to keep people from stepping on the pits and might build a shed to protect them.

-- Prepare for liftoff to the moon. NASA has announced a launch window for the Artemis I mega moon rocket.

-- The James Webb Space Telescope has thrown a spectacular spotlight on one of the planets in our cosmicbackyard.

-- Martian litter? NASA's Perseverance rover captured a photo of a small bundle of string while exploring an ancient delta called the Jezero Crater.

Like what you've read? Oh, but there's more. Sign up here to receive in your inbox the next edition of Wonder Theory, brought to you by CNN Space and Science writers Ashley Strickland and Katie Hunt, who find wonder in planets beyond our solar system and discoveries from the ancient world.