The SkyDeck ledge of the Willis Tower cracks under visitors' feet 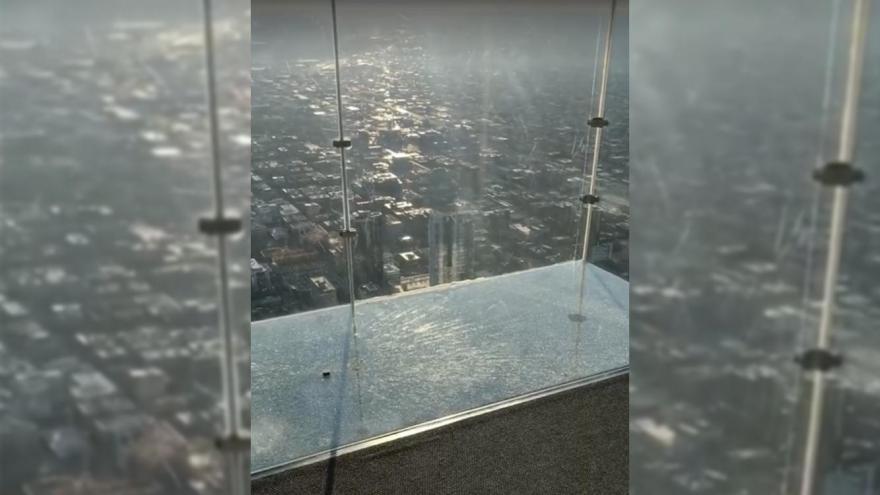 This is not the first time the SkyDeck's protective layer has cracked. In both instances the building reported no threat of danger.

(CNN) -- Visitors to the Willis Tower's SkyDeck got an extra scare Monday when the attraction's protective layer covering the glass splintered into thousands of pieces.

The Willis Tower told CNN affiliate WBBM no one was in any danger, as the protective layer did what it was supposed to do.

"There was a woman with two kids and they looked really pale and scared because the floor just cracked," Pintado told WBBM.

The glass sightseeing box extends from the 103rd floor of Willis Tower in Chicago and attracts about 1.5 million visitors each year.

The ledge is designed to hold up to five tons and its protective coating is intended to keep the ledge from scratching.

The protective layer cracked before in May 2014, creating a similar panic.

In 2014, tourist Alejandro Garibay told CNN affiliate WGN he saw lines forming in the glass and immediately moved from the ledge.

There was no immediate danger in that case either.