The shutdown's hitting Smithsonian hard. It's losing $1 million a week 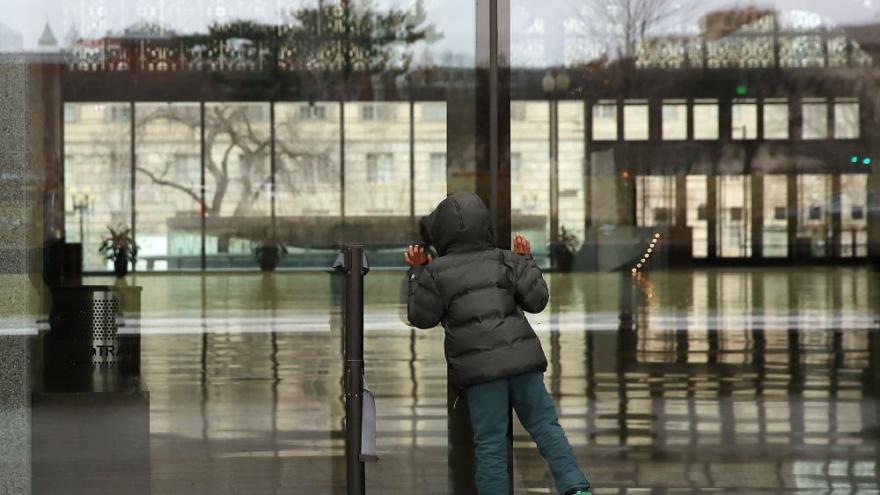 A young tourist looks inside the National Museum of African American History that is closed due to the partial government shutdown.

(CNN) -- The Smithsonian museums have been closed since January 2 because of the government shutdown.

The loss of access to the 19 museums of the Smithsonian Institution -- the world's largest museum, education, and research complex -- has been tough for the thousands of people who visit them everyday. But it's been even harder on the Smithsonian's bottom line and its employees.

The 173-year-old institution is losing about $1 million a week because of the partial government shutdown, Smithsonian secretary David J. Skorton said in an op-ed for USA Today on Tuesday.

"The closure of restaurants, shops, IMAX theaters and other operations is costing the Smithsonian approximately $1 million in revenue each week," Skorton wrote. "These losses are not recoverable. They will have a lasting effect on our budget for this fiscal year. And that effect grows each day."

When the shutdown first began on December 22, the Smithsonian managed to keep its museums and the National Zoo, which it also runs, open for 11 days, thanks to carry-over funds from last fiscal year. But those funds ran out on the second day of this month.

So until the shutdown is over, there'll be no busloads of school kids going on field trips to the National Air and Space Museum. There'll be no art and history lovers taking in the paintings at the National Portrait Gallery.

"Each day of the shutdown has palpable effects on this proud and venerable cultural institution, the people we serve and the members of the Smithsonian family," Skorton wrote. "I hope that these effects will soon come to a halt, and that we will be able to again serve the American public as we have for more than 172 years."

Skorton also expressed concern about how the shutdown is financially affecting the Smithsonian's more than 4,000 furloughed employees. While he's glad President Donald Trump and Congress will ensure these employees get back pay when the shutdown is over, he knows that's cold comfort for lower-paid employees who either don't have a lot in savings or are living paycheck to paycheck.

"We have heard many stories, within the Smithsonian and far beyond, that indicate the direct human toll of the shutdown," he wrote.