The Segway is officially over 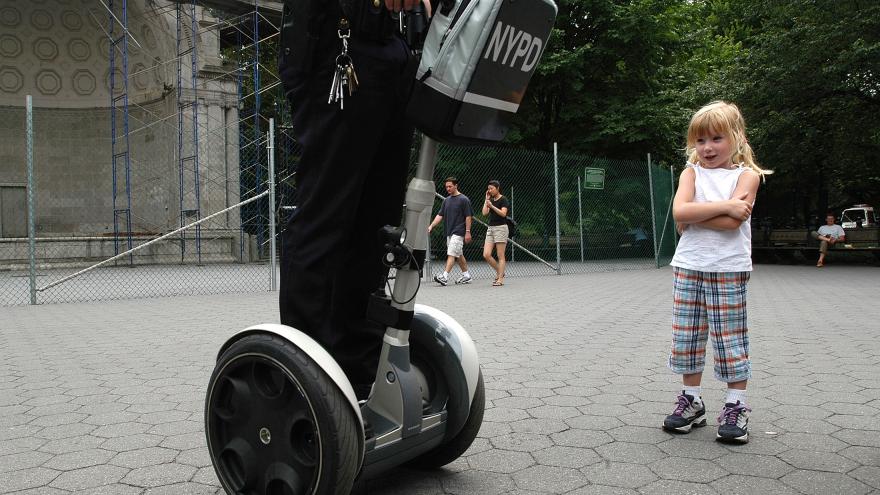 (CNN) -- The Segway PT, which earned a place in pop culture but never realized its creators' world-changing ambitions, will come to an end this summer.

China-based Ninebot, which acquired Segway in 2015, will halt production of the PT, short for Personal Transporter, on July 15. Twenty-one staffers will be laid off at its Bedford, New Hampshire plant. Fast Company first reported the news.

The Segway PT made a splash in December 3, 2001 when it was unveiled on Good Morning America. Inventor Dean Kamen saidthat an urban transportation revolution was coming and cars would be obsolete. Kamen felt it was absurd to use 4,000-pound cars and trucks for short trips.

Butlast year the Segway PT accounted for only 1.5% of Ninebot's revenue, according to Tony Ho, vice president of global business development at Segway. With a price tag startingat $6,000 and sometimes reaching $10,000, only police departments and tour groups could afford it, he said.

"It was a great invention 20 years ago," said Ho. "Now it seems a bit outdated." He addedthat some police departments have shifted to Ninebot's cheaper electric scooters. Ninebot is also ending production of a three-wheeled Segway device that was designed for community policing.

Ho said that recent discussions about police department funding in the wake of George Floyd's death did not impact Ninebot's decision.

Before the Segway, Kamen made a name for himself as an inventor of medical devices such as a portable insulin pump. The Segway PT project grew out of his work in the 1990s on a self-balancing wheelchair.

The Segway PT was ahead of its time, butnot just in a good way. The price tag was a major barrier to adoption, coming in at$4,950 when it was first released. Batteries, which initially cost more than $1,000, were too expensive to make a more affordable version. For years, the company struggled to reduce the price. Prices actually increased, likely due to inflation and new off-roading features, according to Ho. Since 2001, 140,000 PTs have been sold, according to a Segway spokesman.

The Segway PT founda place in news headlines and Hollywood. President George W. Bush drew attention after falling off one in 2003. Earlier that day, Segway employees had visited the Bush compound and taughtother members of the Bush family how to ride. The Segway PT appeared in Hollywood TV shows and movies, like Mall Cop.

Rather than being cool and world-changing, the Segway developed a nerdy reputation.

As former Segway employee Matt Gelbwaks told CNN in a 2018 profile of the company, "There was a significant dork factor."

Kamen, who did not immediately respond to a request for comment, told CNN Business in 2018 that Segway continues to be the project that most people know him for.