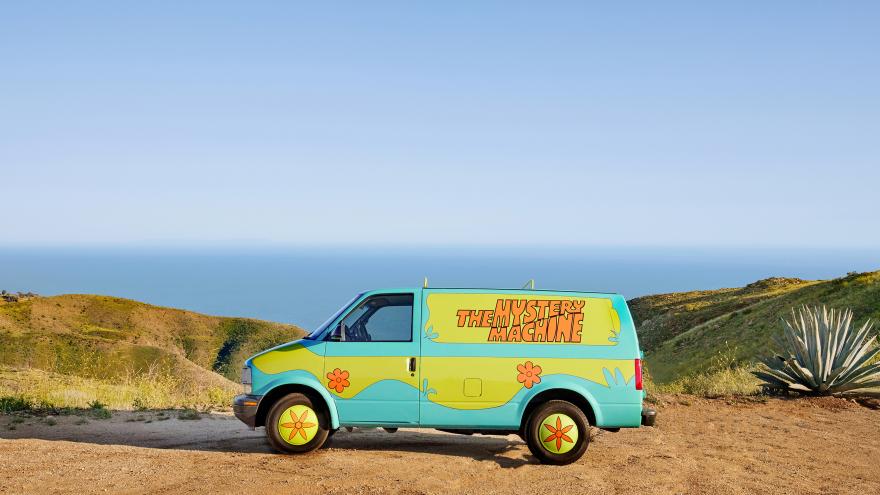 (CNN) -- To celebrate the 20-year anniversary of the "Scooby-Doo" live-action film, Warner Bros. and Airbnb offered an overnight stay in the Mystery Machine.

Actor Matthew Lillard, who played Shaggy in the movie, will host guests in the iconic van, which will be parked on the Malibu coast in southern California for three one-night stays on June 24, 25 and 26.

"Zoinks! It's been 20 years since I played Shaggy in the first live-action 'Scooby-Doo' film by Warner Bros., but his spirit has been with me since," Lillard said in the Airbnb listing. "To celebrate, I'm throwing it back to 2002 with a totally groovy stay in the gang's beloved Mystery Machine, monsters not included."

The stay, offered at just $20 per night, sold out fast. "The Mystery Machine was extremely popular, and all three nights were booked within minutes," a representative for Airbnb told CNN.

The lucky guests will receive a special virtual greeting from Lillard upon arrival. Inside, the van they'll find a lava lamp, mystery games, and even a retro TV to re-watch the movie. There will also be loads of Scooby Snacks on hand to enjoy.

Dinner has also been arranged. It will include all of Shaggy and Scooby's favorite foods, such as hot dogs and eggplant burgers.

And yes, it looks as cool as it sounds.