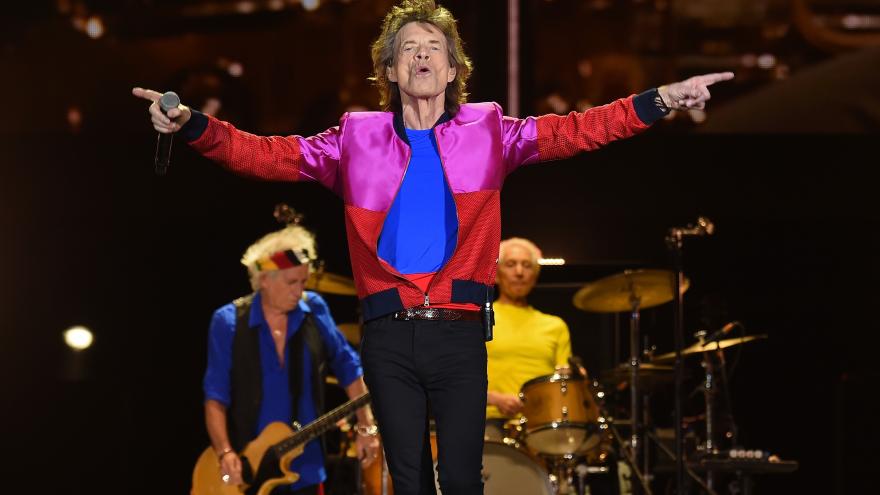 (CNN) -- After a couple stops, The Rolling Stones' "No Filter" tour is now set to go on.

On Thursday the iconic band announced new dates for the tour.

"We are thrilled to be able to announce the rescheduled dates for the Rolling Stones 2020 US tour, which will now go ahead this Fall!," read a statement on the band's official site. "We want to thank you all for your patience during this very difficult and unprecedented time."

It was announced in 2019 that their planned 17 show North American tour was being postponed because lead singer Mick Jagger needed to recover from heart surgery.

In February 2020 it was announced that the band would resume touring, but then the Covid-19 pandemic hit, halting concerts around the world.

The Rolling Stones will kick off the tour at The Dome in St. Louis on September 26.

New dates have been added and pre-sale tickets for the Stones' mailing list for the New Orleans, Los Angeles and Las Vegas shows will go on sale on July 28.

All previously purchased tickets will be honored for the rescheduled dates, and in the case of the dates that couldn't be rescheduled, Ticketmaster will contact those purchasers.