The Ringling Bros. circus is returning next year -- without elephants 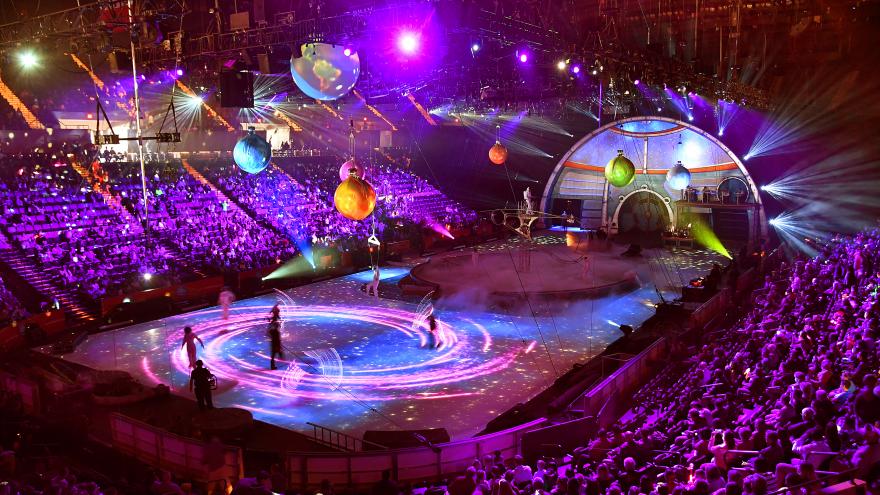 (CNN) -- If you've missed gawking at human cannonballs and unicycling clowns under a figurative big top while the smell of popcorn wafts through the air, you're in luck: The Ringling Brothers and Barnum & Bailey circus is being revived less than a decade after it shuttered.

The iconic traveling circus, which in 2017 halted performances after more than 140 years in operation due to dwindling ticket sales (and years of controversy for its continued use of animal performers), will return in September 2023, production company Feld Entertainment announced Wednesday.

The circus' famed title -- "The Greatest Show on Earth" -- remains. But notably missing from the new show are live animals: Elephants, tigers and the rest of the beasts whose appearances in the circus drew ire from animal activists and audiences before the original show ceased, are not included in the revamped tour.

For years, animal welfare groups criticized and picketed the circus for what they deemed unfair and cruel treatment of wild animals, particularly its elephants. The trunked giants had been the stars of Ringling's circus for over 100 years, often performing stunts throughout the show, before showrunners phased them out of the circus in 2016. Many of the elephants retired at a Florida wildlife sanctuary.

Giulio Scatola, a former Cirque du Soleil choreographer who's leading casting for the new Ringling circus, told the New York Times that the new show will incorporate its performers' backstories to create a narrative throughline, rather than a series of disconnected, awe-inspiring acts.

Kenneth Feld, CEO of Feld Entertainment, described the new iteration of the show as a timely evolution in an interview with the New York Times.

"Logically, in order to be successful for 146 years, you constantly have to change," Feld said.

The new Ringling team is currently holding auditions across the world, though the new cast won't start rehearsing the final product until next summer. Then, in September 2023, the circus will embark on a 50-city tour across North America.