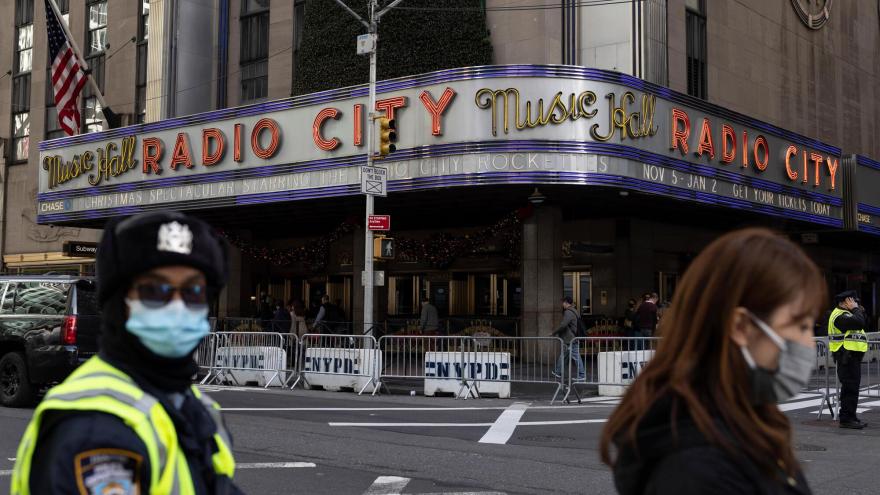 The Covid-19 surge has prompted yet another cancellation, this time for the Radio City Music Hall's Rockettes, pictured here, on December 17, in New York, who won't be high-kicking in their holiday show for the rest of year.

(CNN) -- The Covid-19 surge has prompted yet another cancellation, this time for the Radio City Music Hall's Rockettes, who won't be high-kicking in their holiday show for the rest of year.

"We regret that we are unable to continue the 'Christmas Spectacular' this season due to increasing challenges from the pandemic," a statement on the Rockettes' website Friday evening said.

"We had hoped we could make it through the season and are honored to have hosted hundreds of thousands of fans at more than 100 shows over the last seven weeks," it said. "We have loved bringing back this cherished tradition that helps usher in the holiday season in New York City and look forward to welcoming fans back to Radio City Music Hall in 2022."

Those who purchased tickets can receive full refunds at the point of purchase.

The statement came hours after Madison Square Garden Entertainment, which operates Radio City, announced four "Christmas Spectacular" shows were being canceled on Friday. That announcement, which cited breakthrough Covid-19 cases in the production, said plans for future shows were being assessed.

Nearly two years into the Covid-19 pandemic, a resurgent coronavirus is causing cancellations and disruptions this holiday season, particularly in New York. Broadway shows have canceled shows in recent days, including "Hamilton," "Moulin Rouge! The Musical" and "MJ the Musical."

Professional and collegiate sports have also been hit. The NFL, for example, announced Friday it was postponing three Week 15 games, among them Saturday's face off between the Cleveland Browns and the Las Vegas Raiders.