The race for talent: Now job offers can come within days 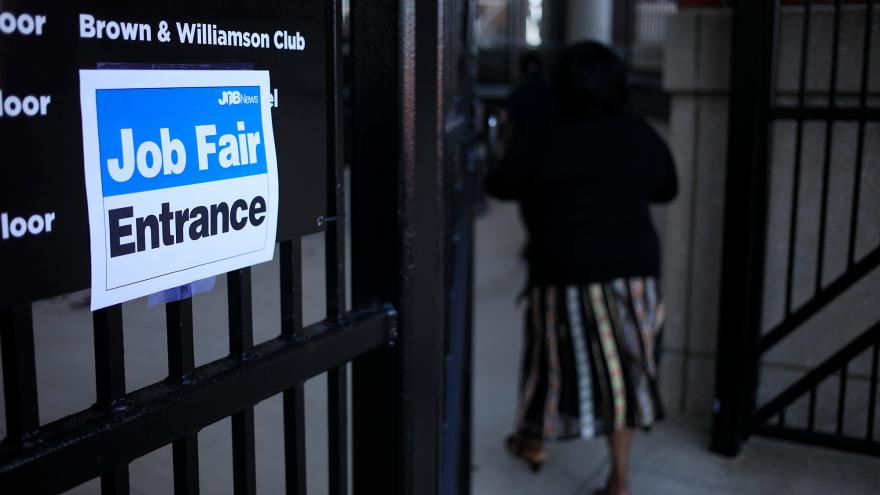 (CNN) -- When it comes to hiring, companies are moving fast.

With millions of open jobs and not enough workers to fill them, employers are struggling to attract and retain employees. At the end of 2021, there were 10.9 million job openings, according to the most recent data from the Labor Department.

One way companies are addressing the problem is by streamlining the hiring process to bring talent in faster.

A job offer in a matter of days

Houston-based Waste Managementis looking to bring on 12,000 to 15,000 employees across the US this year, after hiring almost 15,000 workers in 2021. But the tight labor market has made it a challenge.

To help attract more candidates, the company streamlined its job application to take around three minutes to complete, a drop from roughly 15 to 20 minutes, and made it accessible through a QR code. "What we don't want is for people to start an application and drop off because it's really cumbersome," said Kurvey-Mishra.

"We've had to be creative andchange the way we attract and source candidates, but also...once we bring them in, what can we do to ensure that we are retaining them."

For in-demand driver positions, including commercial truck drivers and driver apprentices, job seekers can go from application to offer in just two to three days. Pre-pandemic, the process could take a few weeks.

"We weren't centralized in our processes, every market area had their own process and a lot of time drivers would have to go through four or five rounds ... that would take forever," said Kurvey-Mishra.

Home Depot is also hiring quickly. At the start of the month, the home improvement retailer said its looking to bring on more than100,000 associates ahead of the spring season, and that its new "accelerated hiring process" could result in applicants getting an offer within one day of applying. The company held a virtual career day event earlier this month.

The risk of the marathon interview process

It's not uncommon for job candidates to be interviewing with more than one company, and a long interview process can mean losing out to the competition.

Ad tech company Decide is looking to bring on an additional 40 employees this year, and has been working to reduce its hiring time.(CNN is a client of Decide).

"What we are seeing across the board for companies ... you are flipping from an employer market to an employee market," said Gabe Lozano, CEO and co-founder of Decide.

The St. Louis-based company eliminated or scaled back the projects they assigned candidates and lowered the number of interviews to three from four, in order to get people in the door faster. The quarter after the company made changes, its hire time dropped to 18 days from 38 days.

Before the pandemic, hiring at digital marketing firm Booyah could take close to four weeks.The drawn out process was a source of pride for the company

"It was very picky, we really ran people through the ringer," said Troy Lerner, CEO of the Denver-based company. The process typically involved a technical interview, a panel interview that often ran about two hours, a project that typically took four hours to complete and an hour to present, a case study for some senior roles and then a few internal meetings to discuss potential hires.

"It was really a painful process for everyone involved," said Lerner. "But we thought this was the only way that you get the very best."

At the start of the pandemic, the company laid off about 20% of its staff. But that turned out to be a mistake.

"It was an over-correction," said Lerner. "Within eight weeks...we started calling people back and went into this accelerated hiring that we had never faced before."

At first, Lerner shrugged it off. But eventually,"I realized...we had to hit the gas."

In response, Lerner reduced the panel interview down to an hour, made fewer project assignments and reduced internal follow-up meetings.

But the changes weren't quite right. "We were successful at being fast ... but we were not successful at finding good new hires," said Lerner.

So the company, which plans to add 40 new employees this year, tweaked the hiring process again: clearer job descriptions, a deeper screening phone call to verify interest and salary, a technical interview and the panel interview now uses outcome-based score cards to evaluate candidates that are due within 24 hours of the interview,eliminating the need for post-interview internal meetings.

Now, the process usually takes about a week.

Job descriptions focus more on the daily role and responsibilities rather than qualifications. "It was part of that mindset of: Let's do some selling here."

One tactic the company uses to ensure they're getting interested applicants is to embedacode word in a job description for some entry-level positions and ask candidates to include it in their resume or cover letter.

"We bury it in a bullet point ... we do it to see if people read the actual job description -- that helps us sort through people that are mass applying." One out of three applicants does it, according to Lerner.