The purple haze over Arizona was caused by a marijuana farm, but it's not what you think 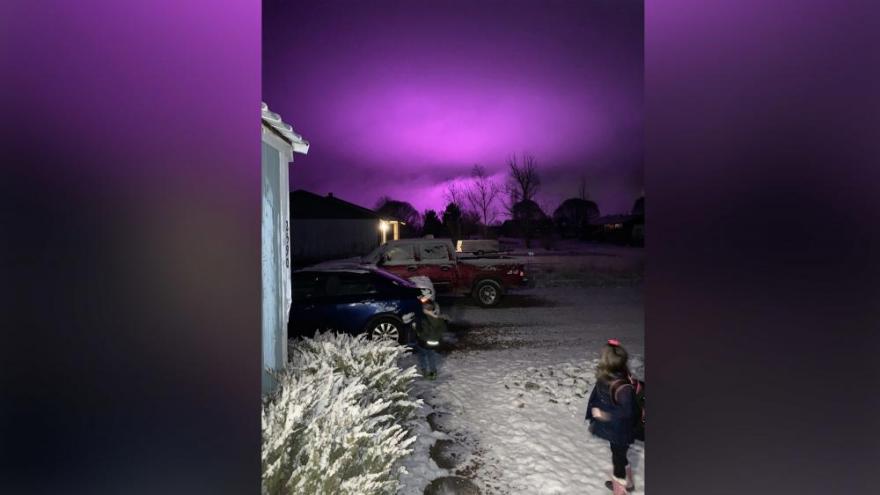 Cara Smith says the grow lights from Copperstone Farms, a medical marijuana farm, reflected off of the fog in Snowflake, Arizona, and turned the early morning sky purple.

(CNN) -- The light from a medical marijuana farm filled the sky over Snowflake, Arizona, with a strange, purple glow on a recent foggy morning.

Cara Smith took a picture of the scene about 6:30 a.m. Friday on her way to work at Copperstate Farms, the largest medical marijuana wholesaler in the state.

She lives about two miles west of the farm and says she can't usually see the lights from her house.

"The purple lights are always there but don't usually light up the sky like this," she told CNN. "It had snowed that morning and was still very foggy and cloudy."

Snowflake is in Navajo County, Arizona, about 175 miles northeast of Phoenix and 50 miles southwest of the Petrified Forest National Park.

The county posted Smith's photo on its Facebook page, which got residents talking about it.

Some people complained about light pollution, while others said it was pretty.

Copperstate Farms has 40 acres of greenhouses -- about the size of 30 football fields -- that use a combination of red and blue lights at night to help its plants grow, according to a company spokeswoman.

The lights look purple from a distance, but it's normally nothing like this.

Water droplets in the low-lying fog reflected the light, which made it spread across the sky.

The farm has 70 strains of cannabis in production and another 40 in development and has been growing crops since 2017.