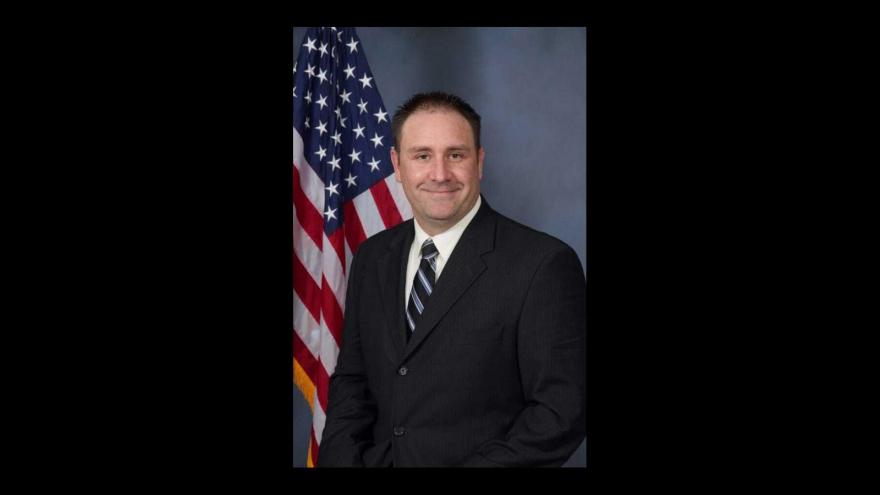 Louisville Det. Myles Cosgrove is raising funds for his retirement on an online crowdfunding site.

Detective Myles Cosgrove was one of three Louisville officers who fired shots into Taylor's apartment last March after breaking in to serve a search warrant related to Taylor's ex-boyfriend.

Now, Cosgrove is seeking funds on the "Christian crowdfunding site" GiveSendGo so he can "purchase the remainder of his service time" and retire, according to the fundraiser's description. He wants to focus on his family's safety, which, per the description, has been threatened since protests erupted after Taylor's killing.

"Myles' reputation has been completely dismantled and the psychological trauma is something that he will have to cope with for the rest of his life," the fundraiser description reads.

Jarrod Beck, an attorney for Cosgrove, confirmed to CNN that the page was set up by members of Cosgrove's family but declined to comment further. CNN also reached out to GiveSendGo to comment on the campaign and is waiting to hear back.

The Louisville Courier Journal was the first to report about the fundraiser.

Cosgrove and Officer Jonathan Mattingly were two of the three officers present the night of March 13 when Taylor was killed.

Neither were indicted for their actions that night, though Kentucky Attorney General Daniel Cameron said Cosgrove fired the fatal shot -- which he said was justified because Taylor's boyfriend fired at officers first.

A third officer, Brett Hankison, has been indicted on three counts of wanton endangerment in the first degree for firing blindly into an adjoining apartment that was occupied.

Hankison has pleaded not guilty.

The grand jury's decision to indict only one of the officers involved in her death, and on Class D felony charges, the lowest of four classes of felonies, outraged Louisville protesters. Last week, two Louisville officers were shot at a protest and dozens of demonstrators, including Kentucky's only Black woman legislator, were arrested.

GiveSendGo currently hosts fundraisers for two other accused gunmen: Kyle Rittenhouse, the 17-year-old charged with first-degree murder for allegedly shooting and killing two people in Kenosha, Wisconsin, during protests against the police shooting of Jacob Blake; and Rusten Sheskey, the Kenosha officer who shot Jacob Blake. The campaigns have raised over $500,000 and $30,000 respectively.

GiveSendGo didn't immediately respond to CNN's requests for comment, but in a release published following backlash for hosting Rittenhouse's legal fund, co-founder of GiveSendGo Heather Wilson said the platform allows campaigns "even if we don't agree with them" as long as the methods of funding are legal.