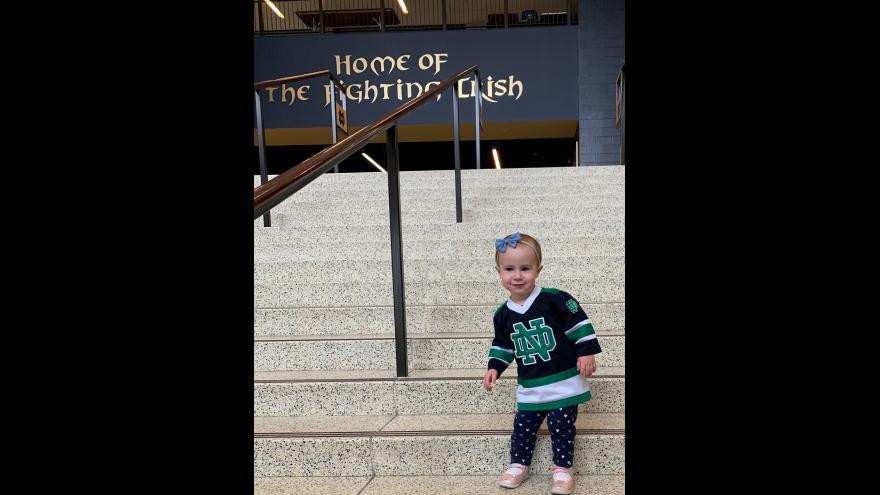 Attorney Michael Winkleman, who has been retained by the Wiegand family following the death of their toddler, Chloe on the Royal Caribbean cruise ship, said the tragic accident could have been preventable.

(CNN) -- Kimberly Wiegand says in the first 30 seconds of each day, she briefly forgets what happened to her 18-month-old daughter, Chloe.

"Then it comes back, and I relive what happened," she told NBC's Today Show about two weeks after the toddler fell to her death from deck 11 of a Royal Caribbean cruise ship, Freedom of the Seas.

The ship was docked in San Juan, Puerto Rico, on July 7, according to José Carmona, a spokesman for the local Port Authority. Chloe had traveled to San Juan from the mainland with her parents -- Kimberly Wiegand and South Bend Police Officer Alan Wiegand -- her siblings and four grandparents.

The emotional interview, which aired Monday, is the first time the couple has spoken publicly about the tragedy.

"The thing that I latch on to is her memory," her mother says. "She just exuded love. Even in her short life, I truly believe she changed so many lives."

The toddler was with her grandfather, Sam Anello in the "water park on the ship, which is designed for the kids -- kids are meant to be there," Michael Winkleman, the family's attorney, said earlier this month. Winkleman says there's a row of windows in the area, and Anello placed his granddaughter on a wood railing by the windows, believing she would bang on the glass just like she does at her brother's hockey games. But the window was open.

"Next thing he knows, she's gone," Winkleman had said.

But Kimberly Wiegand says she blames the cruise company and wants them held accountable in court, adding "this cannot happen to another family."

"There are a million things that could have been done to make that safer," she said this week. "I never want another mother to have to experience this or to see what I had to see."

No matter the reason, she said those windows should not have been open.

"Come up with some other mechanism to make guests comfortable, rather than creating a tremendous safety hazard that cost our child her life."

In a statement, Royal Caribbean Cruises said they were "deeply saddened by this incident, and our hearts go out to the family."

"We have assisted the authorities in San Juan with their inquiries, and they are the appropriate people to address further questions," the statement said.

"And if they were in place, again, there would have been no tragedy," he told NBC.