The original Gerber baby is not so little anymore. She's now a 93-year-old mystery novelist 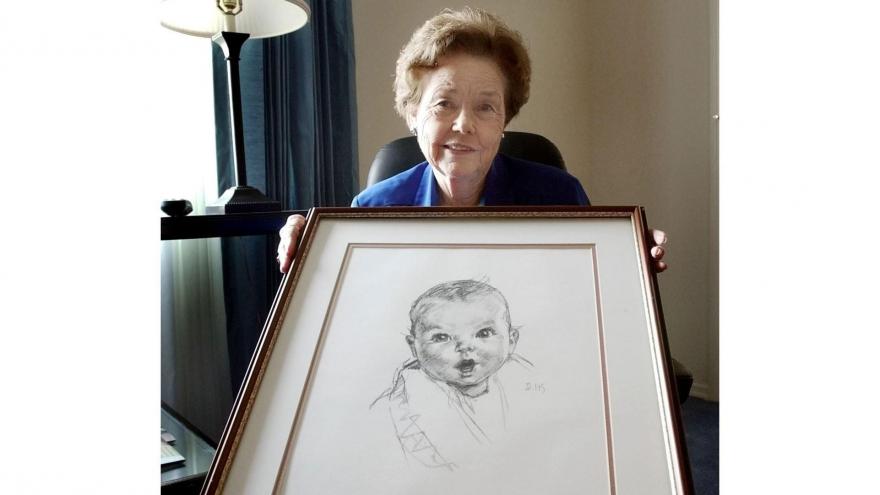 The original Gerber baby is not so little anymore. She's now a 93-year-old mystery novelist

(CNN) -- The original Gerber baby with sparkling eyes and a cherubic face is all grown up -- with a full head of white hair and the same contagious smile.

"Happy birthday to the OG -- that's Original Gerber -- baby, Ann Turner Cook!" the company captioned a picture of her next to a jar with the classic logo.

The charcoal sketch of Cook's angelic face as a four-month-old has adorned jars of baby food for decades. In 1928, Gerber held an advertising campaign looking for the company's new face. Cook's neighbor submitted a drawing of her face for the contest and three years later, it became Gerber's official trademark.

The company had invited artists to submit different versions of Gerber babies as part of the campaign.

The neighbor, Dorothy Hope Smith, offered to add more details to the sketch if it was accepted. But when the executives at Gerber saw it, they wanted it as-is.

Gerber has expanded its business beyond food to include skin care, clothing and other children's products, but the face of the original Gerber baby remains plastered on most items.

Before the name behind the angelic face was revealed in 1978, popular guesses of the baby's identity included Humphrey Bogart, Elizabeth Taylor, Sen. Bob Dole and Jane Seymour.

Cook taught English in Florida and wrote mystery novels after her retirement.